BACK TO ALL NEWS
Currently reading: 2017 Mercedes-Benz E-Class Cabriolet breaks cover
UP NEXT
New Lotus electric sports car to use Britishvolt batteries

This is our first sight of Mercedes’ forthcoming open-top E-Class, which could be officially revealed later this year
Open gallery
Close

Mercedes has been testing an open-top version of its new E-Class on public roads in Germany.

Our spy photographers have captured these new images of the car. The E-Class will get a soft-top like its predecessor, rather than a folding hard one like some of its class rivals.

There are also several familiar exterior design details - the car’s front end looks largely unchanged from the saloon. This comes as no big surprise; Mercedes has established itself a manufacturer that embraces Russian Doll design, though admittedly the cabriolet development car does flaunt a few unique features. 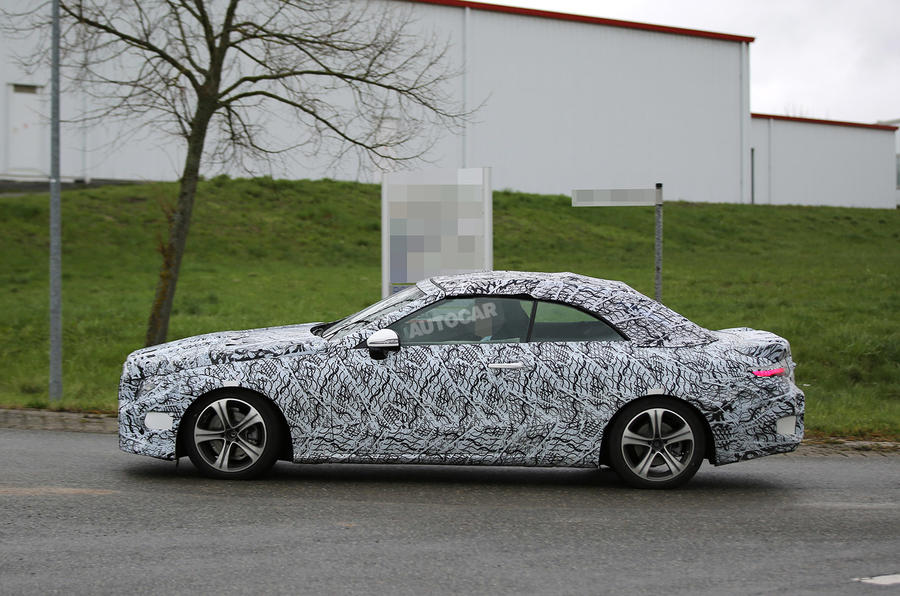 Most noticeable is what appears to be a new rear spoiler. A heavy camouflage paintjob hides the exact shape, but under the cladding the E-Class Cabriolet is expected to get a lip-like spoiler, much like the one featured on the smaller C-Class Cabriolet.

The rear lights also more closely resemble those of the C-Class Cabriolet than the saloon E-Class, and the two-door body gives us some insight as to what the yet-to-be-revealed E-Class Coupé could look like.

Read more: The 2017 Mercedes-Benz E-Class Coupé is to be shown at the Detroit motor show

Although Mercedes is still a long way off from confirming the car’s specifications, it’s likely that high-end models will get the same wide, glass-faced digital panel (consisting of two 12.3in monitors) as the saloon, as well as voice recognition technology, Apple CarPlay and Google Android Auto compatibility. 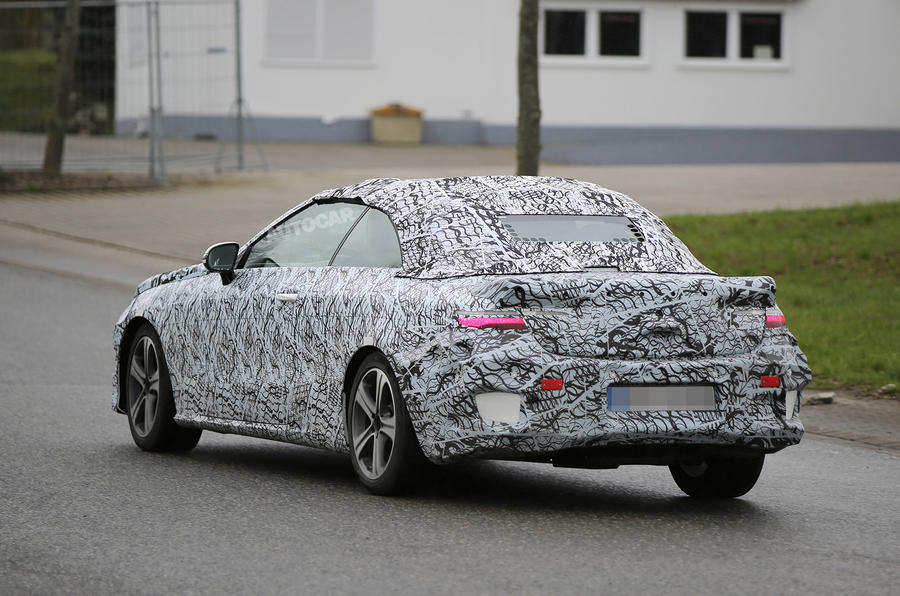 Four and six-cylinder petrol and diesel engines will be carried over from the saloon, although it’s not yet known if the cabriolet will be offered with that car’s full line-up. A more frugal hybrid powertrain is also likely to be introduced later on.

Insiders say the E-Class Cabriolet could be revealed late this year, before sales commence in 2017. The starting price will increase slightly on the saloon, which is due to start at £35,935 when order books open this summer.