BACK TO ALL NEWS
Currently reading: 2017 Mercedes-AMG GT C coupe to get 549bhp twin-turbo V8
UP NEXT
New Kia EV9 primed as premium electric range-topper

The GT C coupé follows the GT C roadster and will use the same 549bhp twin-turbocharged 4.0-litre V8 engine to sit between the GT S and GT R models.

Along with its more potent engine, which produces 47bhp more than the AMG GT S, the GT C gains altered gear ratios for its seven-speed Speedshift dual clutch transaxles. The GT C's transaxle also has a higher first and lower seventh gear, as well as a lower final drive than the regular GT Coupé. 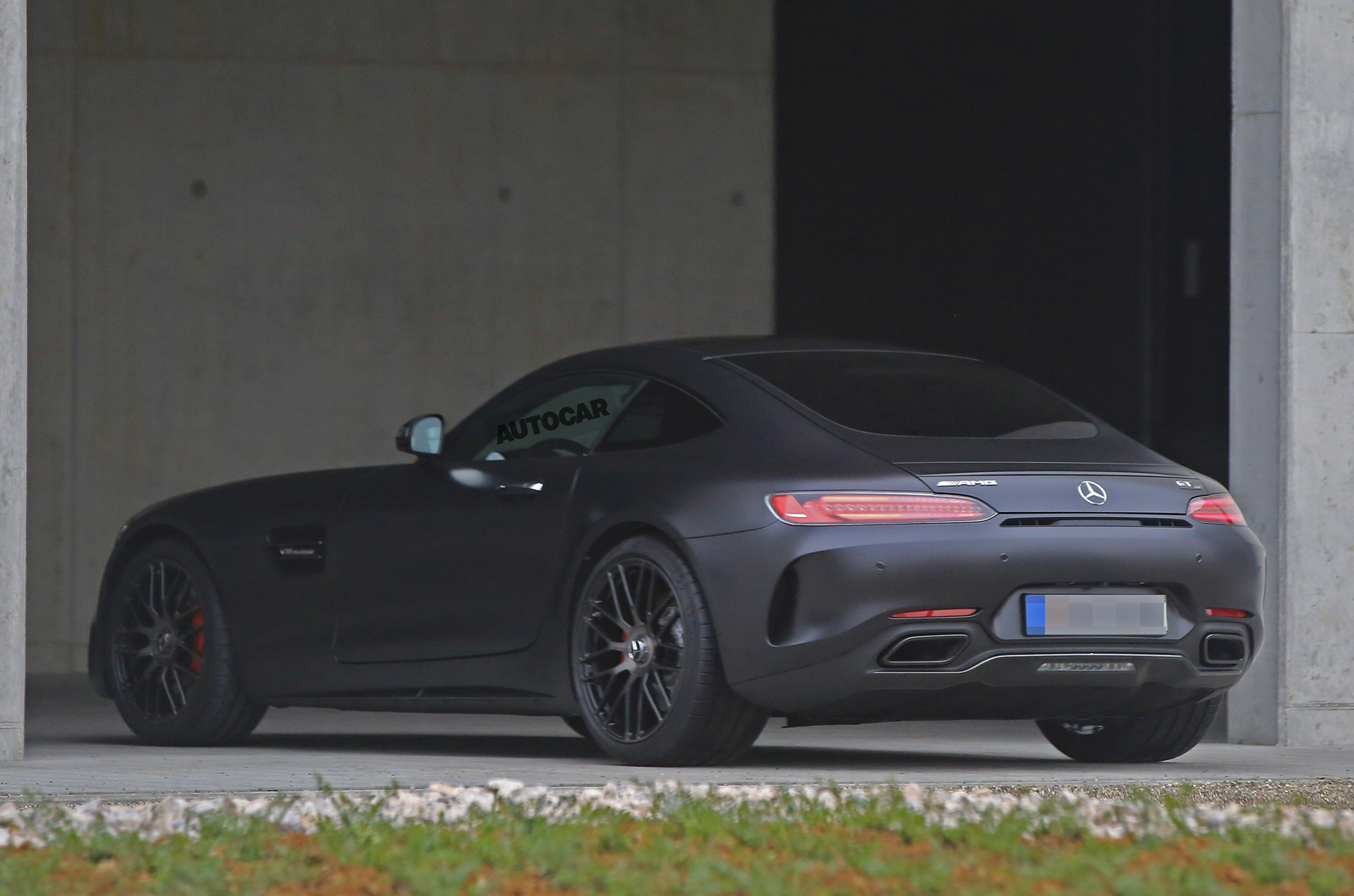 Also added to the GT C is the active air management system that was first seen on the hardcore GT R. It uses a series of vertical louvres within the grille, which automatically open and close depending on the temperature of the engine to either enhance cooling or smooth airflow.

The GT C coupé is likely to be slightly faster than the roadster due to a lighter kerbweight, meaning it should accelerate from 0-62mph in under 3.7sec and top out at more than 196mph.

As shown by the photographed car, the GT C coupé will wear more aggressive bodywork and swelled rear arches, like its roadster sibling. The photographed car is an Edition 50 model, which will be launched to celebrate AMG's 50th year and come with extra standard kit and bespoke trim. 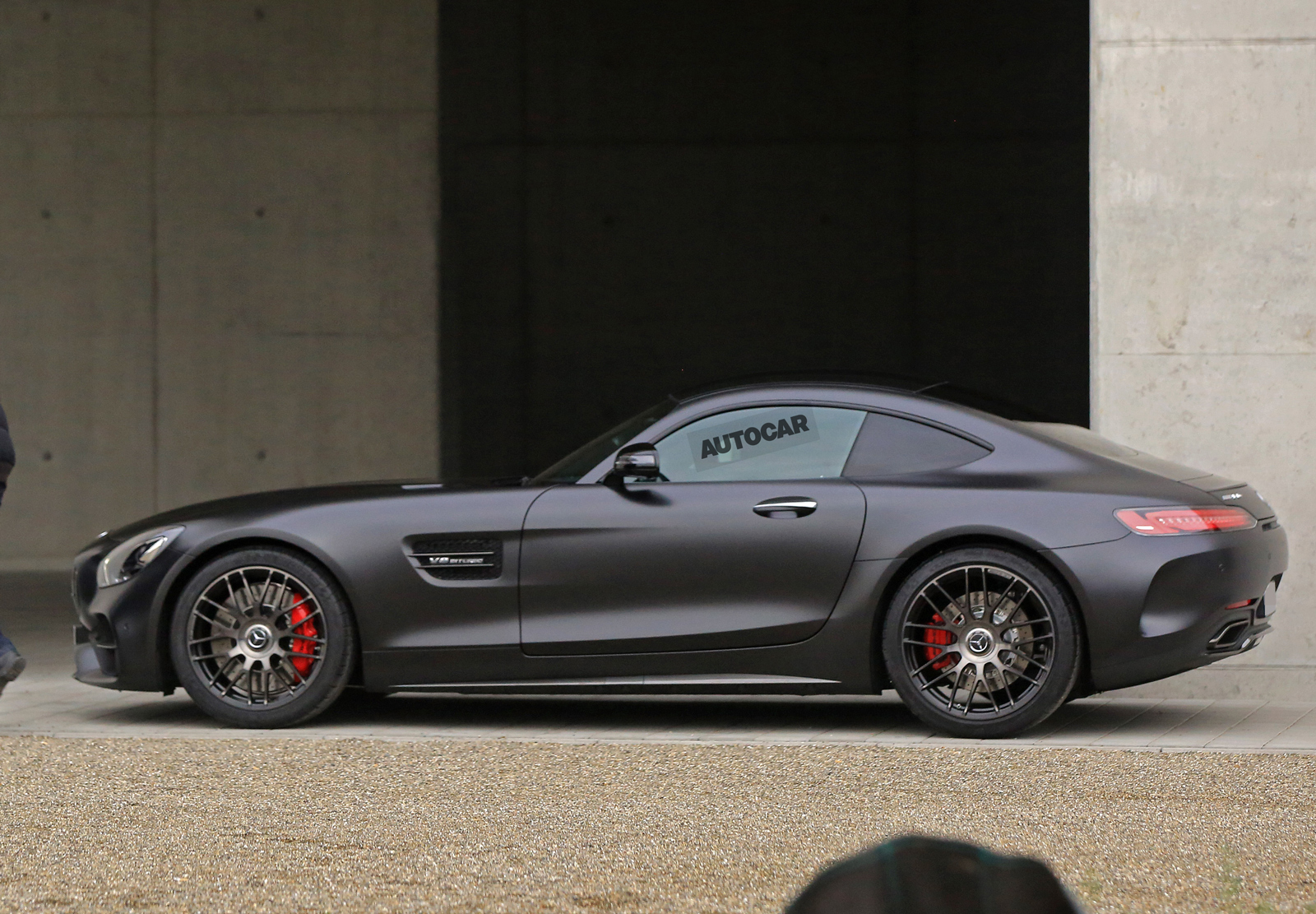 An inside source told Autocar that the GT C coupé was likely to arrive after a refreshed GT range, which is due to be shown at the Detroit motor show in January. The Geneva motor show in March, therefore, stands out as the most probable venue.

Later on, the GT range is set to expand further with a range-topping Black Series model. Confirmed by AMG boss Tobias Moers back in September, the car could produce in excess of 600bhp.

Mercedes is understood to be undecided as to whether it'll produce a roadster version of its GT R.

seems to mind those proportions on a jaguar e-type coupe... I love this car's looks but I don't think I could bring myself to buy one of I had the money, purely down to Merc's infotainment and controls.
hollyshaw444 15 December 2016

seems to mind those proportions on a jaguar e-type coupe... I love this car's looks but I don't think I could bring myself to buy one of I had the money, purely down to Merc's infotainment and controls.

Actually I never find the E-type coupe a balanced design.
Whether the designer acknowledges the influence or not, this AMG GT is based on the "Ulenhaut" SLR coupe of the 1950s. That had a straight-eight which required the long bonnet. But this car runs a V8 so the extra long bonnet is probably more style than necessity.

I find neither the e-type or the ulenhaut balanced and yet both are beautiful imho. The closest you get to this look today is in a shooting brake. That said, looks are subjective. I was, after all, a huge fan of the Z3 & z4 coupes whilst hating their much more popular roadster couterparts.
mpls 15 December 2016

It's a weird car, proportions

It's a weird car, proportions are all wrong, the back reminds me of a porsche.. it may be fast but will people in the market for these kind of cars inn this price range really choose this ?
NoPasaran 15 December 2016