BACK TO ALL NEWS
Currently reading: Mercedes-AMG GT Convertible and Black Series confirmed
UP NEXT
New 2023 Audi A4 Avant spotted as testing begins

The long-rumoured Mercedes-AMG GT Convertible will be launched next year, before being joined by other variants of the growing GT range as Mercedes bids to make its high-performance sports car a more comprehensive rival for Porsche’s 911 range.

At the launch of the latest model to join the GT family, the GT R (below), AMG boss Tobias Moers announced the arrival of a GT4 race car, which would sit below the GT3 and compete with other racers like McLaren’s recently revealed 570S GT4. He then proceeded to confirm the development of a convertible model was well underway.

Moers also suggested more road-legal GT models were in the pipeline, but refrained from revealing any more details. 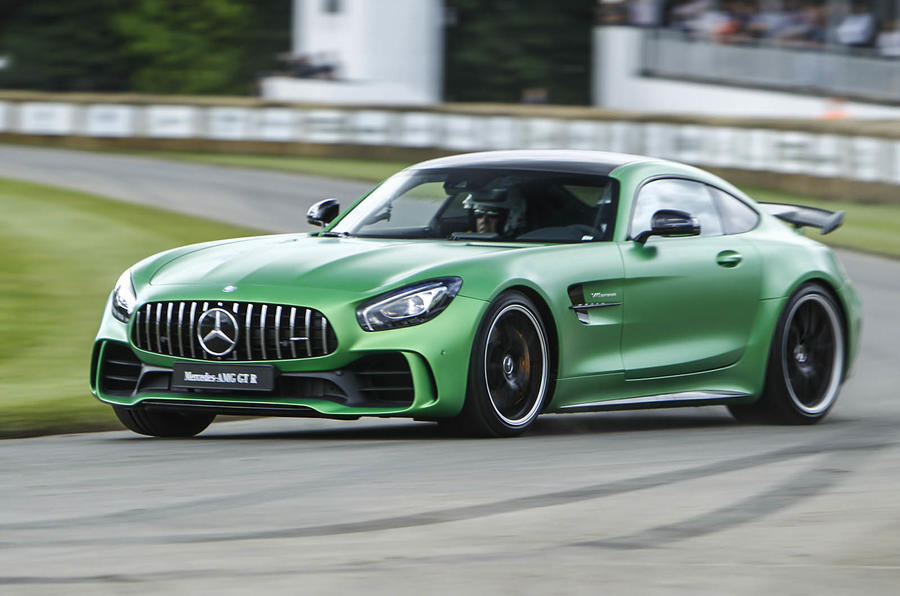 A range-topping and super-hot Black Series model will also be launched as a run-out model late in the GT’s production life cycle. Moers confirmed the model’s existence last year.

"It won’t be here soon because Black Series cars tend to come towards the end of a car’s production cycle, but an AMG GT Black is a car we must do,” he said.

The GT’s main rival, the Porsche 911, is currently available in coupé, convertible, Targa and GT3 versions, with the various guises of each amounting to 16 roadgoing models in total. In comparison, roadgoing versions of the Mercedes-AMG GT amount to just three models at this stage.