BACK TO ALL NEWS
Currently reading: 2017 Alpine A120 sports car spotted winter testing
UP NEXT
Sorry, wrong number: the forgotten problem of car clocking

The upcoming Alpine A120 sports car has been spotted testing again in pre-production guise ahead of the model’s unveiling later this year.

Captured testing near the Arctic Circle, the camouflaged car looks almost completely unchanged from the concept on which it is based. 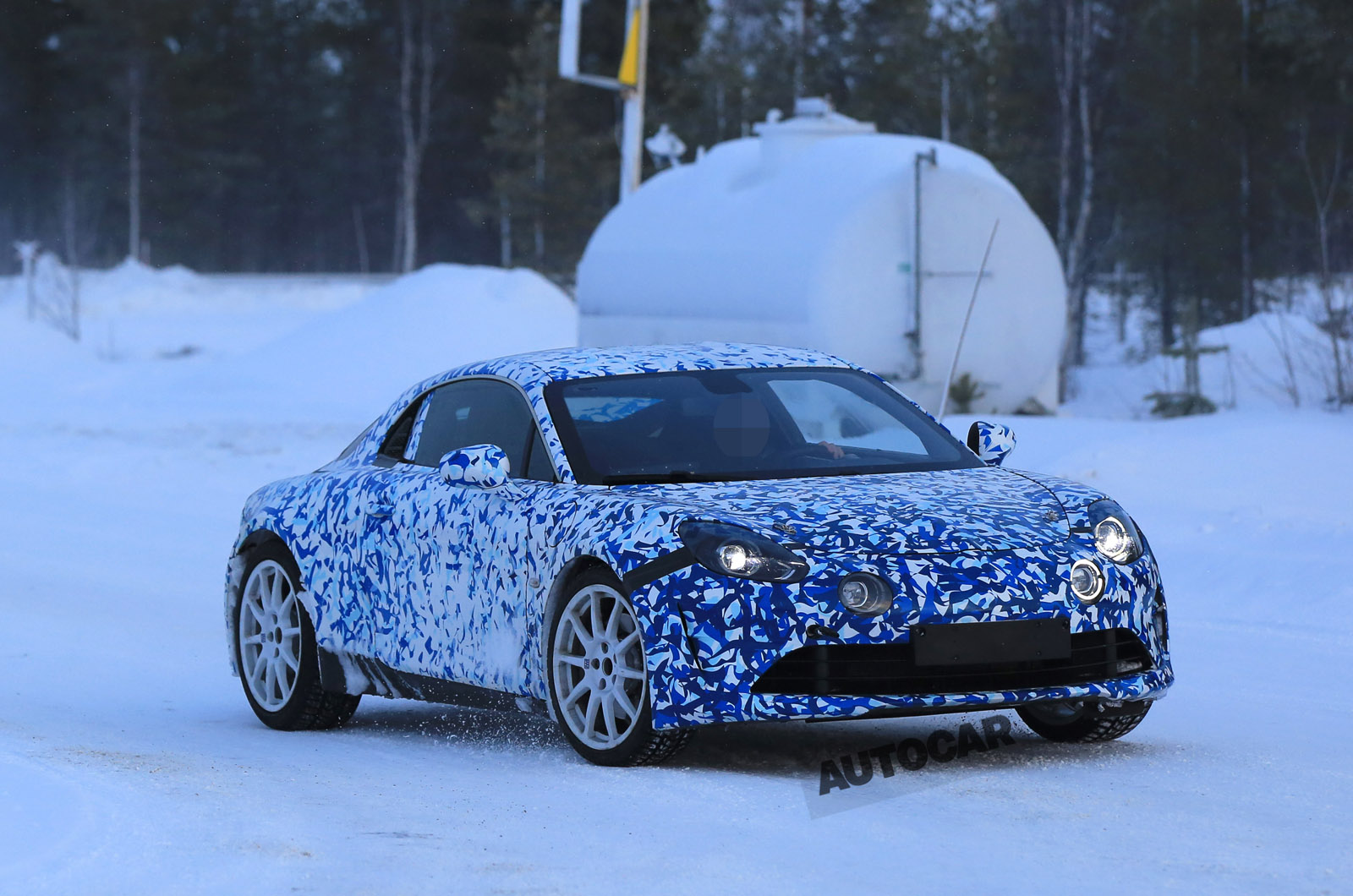 The car wears a rear diffuser with a centrally mounted exhaust, and the concept’s Alpine A110-inspired fog lights have been kept.

Renault has confirmed that the car uses a mid-engined layout, and the hinged rear hatch to access the powertrain can be clearly seen on this pre-production model.

The production car will use a turbocharged four-cylinder engine of an unspecified capacity. Alpine is yet to confirm details aside from the car's aluminium construction, but Autocar understands the engine will be a 1.8-litre unit developed from the turbocharged 1.6-litre engine used in the Renault Clio RS.

Peak outputs are also unconfirmed at this stage, but earlier sources have indicated that the launch model will have around 250bhp as standard and up to 300bhp in a higher-performance version that will use more aggressive turbocharging. A convertible version is on the cards for the future, too. Alpine has confirmed that the car has a 4.5sec 0-62mph time. 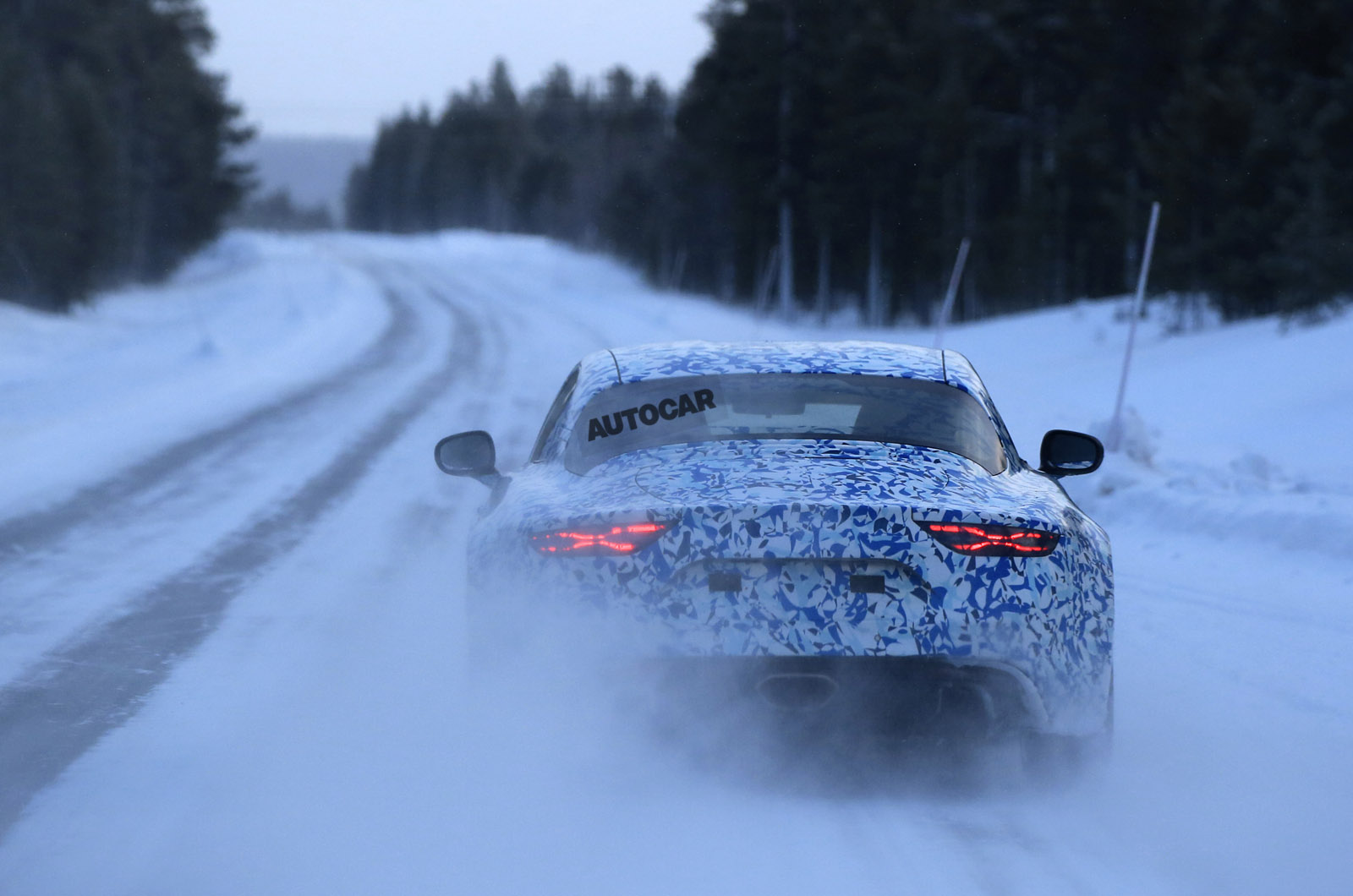 If the concept is anything to go by, the A120 will send drive to its rear wheels through a dual-clutch automatic gearbox with steering wheel-mounted paddles. An earlier image of the concept’s cabin offered a glimpse of what the production car’s interior will look like.

A 1955-unit Premier Edition-badged A120 run will be made in order to celebrate the car's launch. They will be available in 12 countries before right-hand-drive markets are offered the car some months later. A £1700 deposit secures one of these early cars, which can be specified via the Alpine app. Three colours are available; black, white and blue.

Alpine, officially launched as its own brand by parent company Renault, will reveal its new production model this winter. As a spritual successor to the A110 of the 1960s and 1970s, the new model is expected to be called the A120, although this is yet to be confirmed.

All cars available in Europe have been sold in less 48h.
I don't know if there is always available cars for UK now
Ravon 20 January 2017

If this car uses a a front wheel drive transverse power train moved to the rear of the car, surely it a rear axle mounted engine, not a mid engine ? Mid engined cars have the passenger compartment rear bulkhead, the engine and then a transaxle as per a Lotus Esprit or a Porsche Boxter/Cayman in my view .
Andy_Cowe 14 September 2016

Priced about £40K... Which puts in on the threshold of the stupid new car tax rules coming next year. I wonder how many manufacturers will be releasing cars for £1 under that. Hopefully including this car. It will probably hit hard on the sales of cars that are not far over that limit, such as the BMW M2.
View all comments (6)