BACK TO ALL NEWS
Currently reading: 2016 Renault Megane priced from £16,600
UP NEXT
2022 Aston Martin Valhalla hybrid kickstarts firm's EV era

The all-new Renault Mégane is now on sale in the UK priced from £16,600, with first deliveries expected next month.

The hatchback is headed by a Renault Sport-tuned GT version, shown here in our exclusive studio pictures.

Read our review of the Renault Mégane 1.6 TCe GT here

The unusual decision to begin sales with a more focused model in the line-up was taken to drive early sales and tempt buyers from premium cars such as the Audi A3, BMW 1 Series and Mercedes-Benz A-Class, as well as established mainstream competition such as the Ford Focus, Vauxhall Astra and Volkswagen Golf. 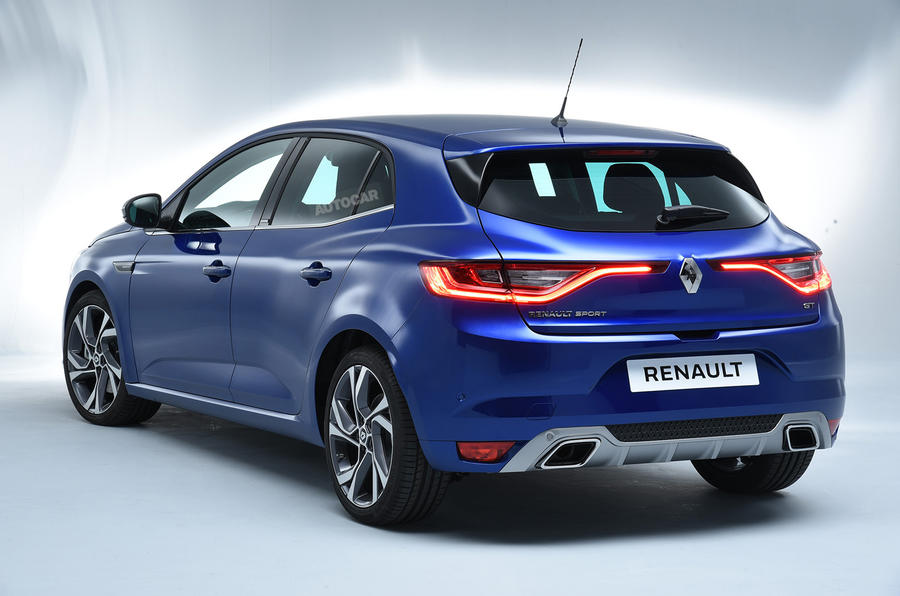 The Mégane GT will initially be sold with a 202bhp petrol engine, with a 163bhp diesel following later, both linked to dual-clutch automatic gearboxes with steering wheel-mounted shift paddles.

The car also gets as standard a four-wheel steering system that works in conjunction with bespoke damper, spring, brake and stability control settings to improve high-speed dynamics and make the car easier to manoeuvre at low speeds.

Outside of the GT range, engines offered with the new Mégane at launch include turbocharged petrol and diesel four-cylinder units that produce between 108bhp and 128bhp, emit as little as 96g/km of CO2 and can manage up to a claimed 76.4mpg.

A Hybrid Assist drivetrain, consisting of a 1.5-litre diesel engine and an electric motor, and more a potent 163bhp diesel engine will be launched next year. The former will be capable of a claimed 94mpg and CO2 emissions of 76g/km. 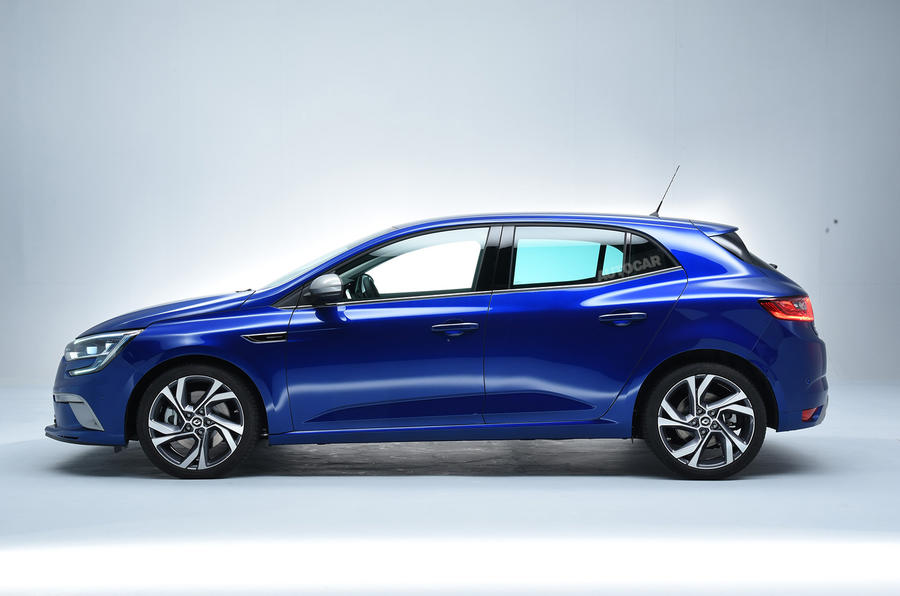 “We poured all our know-how into ensuring the GT would be both comfortable and a joy to drive,” said Patrice Ratti, managing director of Renault Sport. “It’s the perfect solution for buyers looking for performance, excitement and enjoyment at the wheel.”

The exterior design of the Mégane GT is also sportier than that of the standard models. It gets extra grilles, twin exhausts and a rear diffuser, while the interior has the hallmarks of more extreme Renault Sport models, including wraparound seats, pedals finished in aluminium and enhanced stitching and materials.

The driver can select between five driving modes on all Méganes, ranging from Eco to Sport.

The Renault Megane looks bland, and it's not that good to drive either 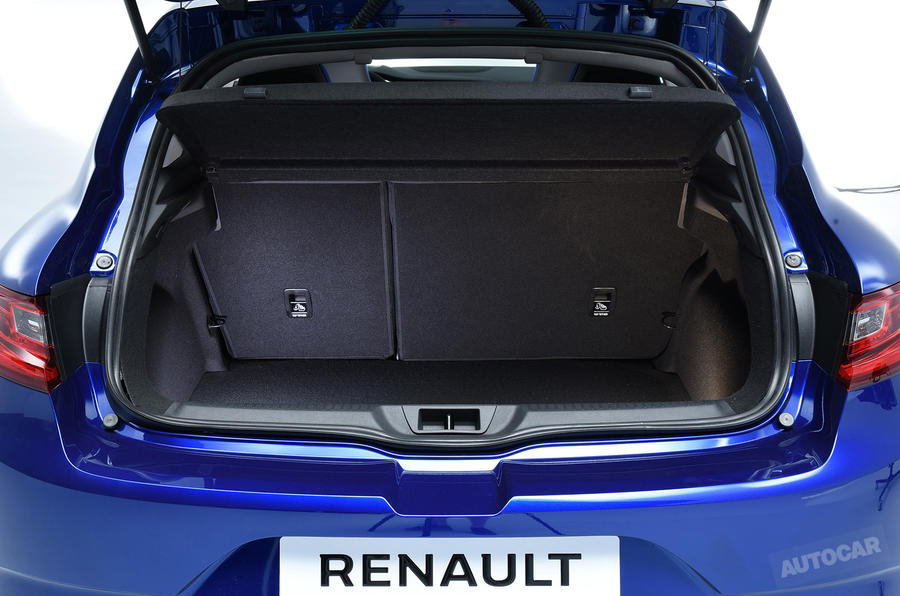 On GT models, Sport mode is upgraded to RS Drive and will offer the sportiest dynamic set-up of any of the new range - prior to the anticipated arrival of a Mégane RS.

Each mode modifies accelerator and engine responses as well as adapting the speed of gearshifts. There are also more comfort-orientated modes that adapt the action of the massage seats and the cabin lighting.

The Mégane’s more grown-up looks are notably different in character from those of the Clio, Captur and Kadjar. Instead, it has been designed to appeal to more mature buyers and is in keeping with the larger Renault Talisman and Espace, which aren’t sold in the UK. Most notably, the Mégane carries a new, C-shaped headlight signature and a horizontal graphic on the rear that accentuates the car’s stance. Higher-end models will feature full LED headlights and tail-lights as standard.

The new Mégane is longer, lower and wider than the outgoing model and as a result is more spacious inside. There’s a 2cm increase in rear knee space, and the boot volume of 434 litres is significantly up on that of rivals such as the Volkswagen Golf and Ford Focus.

Renault says it has put extra effort into the fit, finish and quality of the materials used. “Renault can produce cars with a Latin skin and a German heart,” said design boss Laurens van den Acker.

Renault has improved the interior quality of standard models, with all but the base models getting a full colour head-up display and a 7.0in multimedia display. As well as lending the cabin a modern feel, the head-up display allows the driver to stay focused on the road while simultaneously reading speed, navigation and driving aid instructions. 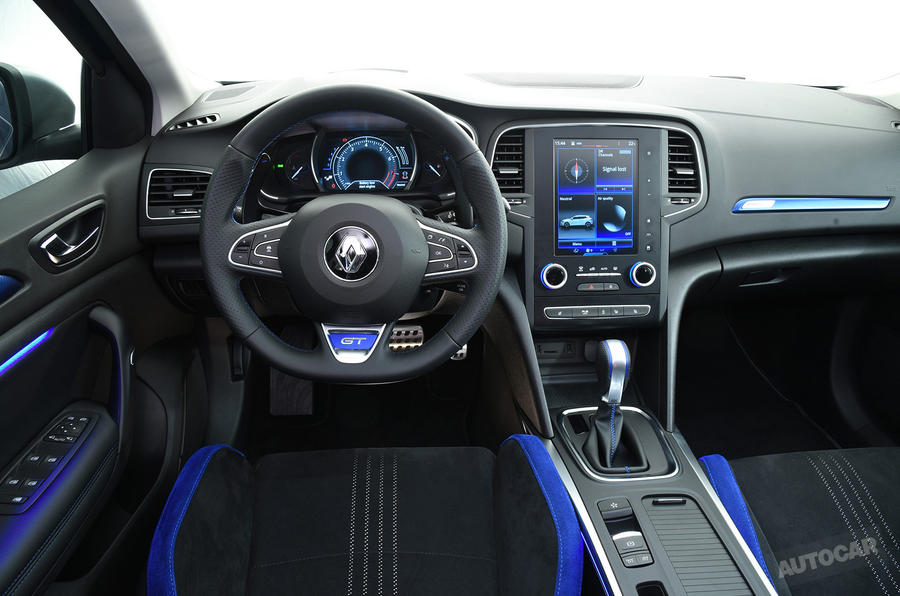 Highest-spec models get an 8.7in touchscreen in place of the 7.0in version. It replaces numerous cabin buttons and allows the control of the satellite navigation, apps, radio and phone connection.

How hard was it to reinvent the Mégane?

“This segment is the most competitive in the world. We’re going up against the very best - not just the Volkswagen Golf, Ford Focus and Vauxhall Astra but also the Audi A3, Mercedes-Benz A-Class and BMW 1 Series. We know we must up our game.”

How does the new Mégane fit into your range?

What specific demands are there on a designer in this segment?

“It’s a segment where the car must do everything: be spacious enough to fit a family in, yet still look sexy and powerful, albeit in a sober way that conveys a lot of rationality, to underline claims around safety and fuel economy. We must offer every piece of modern technology for a reasonable price. It’s a car that conveys status.”

Can Renault design differently from the rivals you name?

“Well, we don’t come to work every day saying we must celebrate our differences and be provocative. I’m trying to create a brand with stability. But that doesn’t mean we can’t stand out.”

Another viable alternative to the Germans

Thanks goodness we're now seeing some real alternatives to the default Golf-based choice that's been getting so stale. The French are bringing out some really nice looking cars with good tech and more than decent driving talents. I've read reviews in the French motoring press of the our wheel steered Renaults and they reckon they're incredible. The only snag with this Mégane and the 308 is lack of rear legroom. Why car makers don't start with the interior and work out is beyond me.
Cyborg 1 June 2016

How do you spell?

How do you spell that word when you're just starting to wretch? Something like hwoooooarh.

Appalling looking mess that has a dreadful interior. How much money did they waste on this. Mainstream brands need innovative products (not easy of course), not