An event in honour of the late Ayrton Senna yesterday raised £72,000 for Great Ormond Street Hospital and the Royal Brompton and Harefield Hospitals charities in London.

The evening, which featured a panel of Formula 1 celebrities who recounted their memories of the Brazilian legend, was organised by Hexagon Modern Classics and hosted at the company’s premises in East Finchley.

Coulthard said: “Ayrton Senna was one of those few exceptional people you are fortunate to meet in your life.”

Paddy Lowe recalled his time at Williams in the early 1990s when “trying to beat Ayrton and McLaren was like trying to overturn the Roman Empire”.

Manish Pandey remembered a nerve-wracking meeting with Bernie Ecclestone when he was making his acclaimed film. “We had to ask for more F1 footage but we had no more money," he recalled. "Bernie agreed.”

Also on offer was a VIP tour of the Williams F1 Grand Prix Collection and private factory tour, a collection of three montages of iconic Senna images shot by Keith Sutton, a canvas of Ayrton Senna by artist Paul Oz, a Senna replica helmet signed by Lewis Hamilton and VIP weekend paddock passes to British GP donated by Bernie Ecclestone. 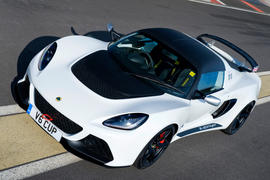 Imagine how much money for good causes f1 drivers would raise if they paid income tax where they earned it rather than living in Monaco David?