BACK TO ALL NEWS
Currently reading: Formula 1: what changes to expect from the pinnacle of motorsport
UP NEXT
Spending 48 hours touring in a Ferrari Roma

Formula 1: what changes to expect from the pinnacle of motorsport

F1’s new owners want more razzmatazz, a fairer allocation of revenue between the teams and additional races in major cities around the globe
Open gallery
Close

In the middle of January – just 10 and a half months ago – Liberty Media took control of Formula One.

Bernie Ecclestone was named chairman emeritus, a role that meant very little. His days in charge were over. Chase Carey became the new chairman and he brought in Sean Bratches to head commercial operations and Ross Brawn to look after sporting matters.

As part of the sale process, F1 was listed on the NASDAQ stock exchange (with the ticker ‘FWONK’) and work began to reduce the company debt load and remove the former shareholders from the business. Carey is now happy with the debt levels. The share price has risen from around $26 (£20) to $38 (£29), having peaked at $41 (£31). The market seems to be confident that Liberty will do a good job. 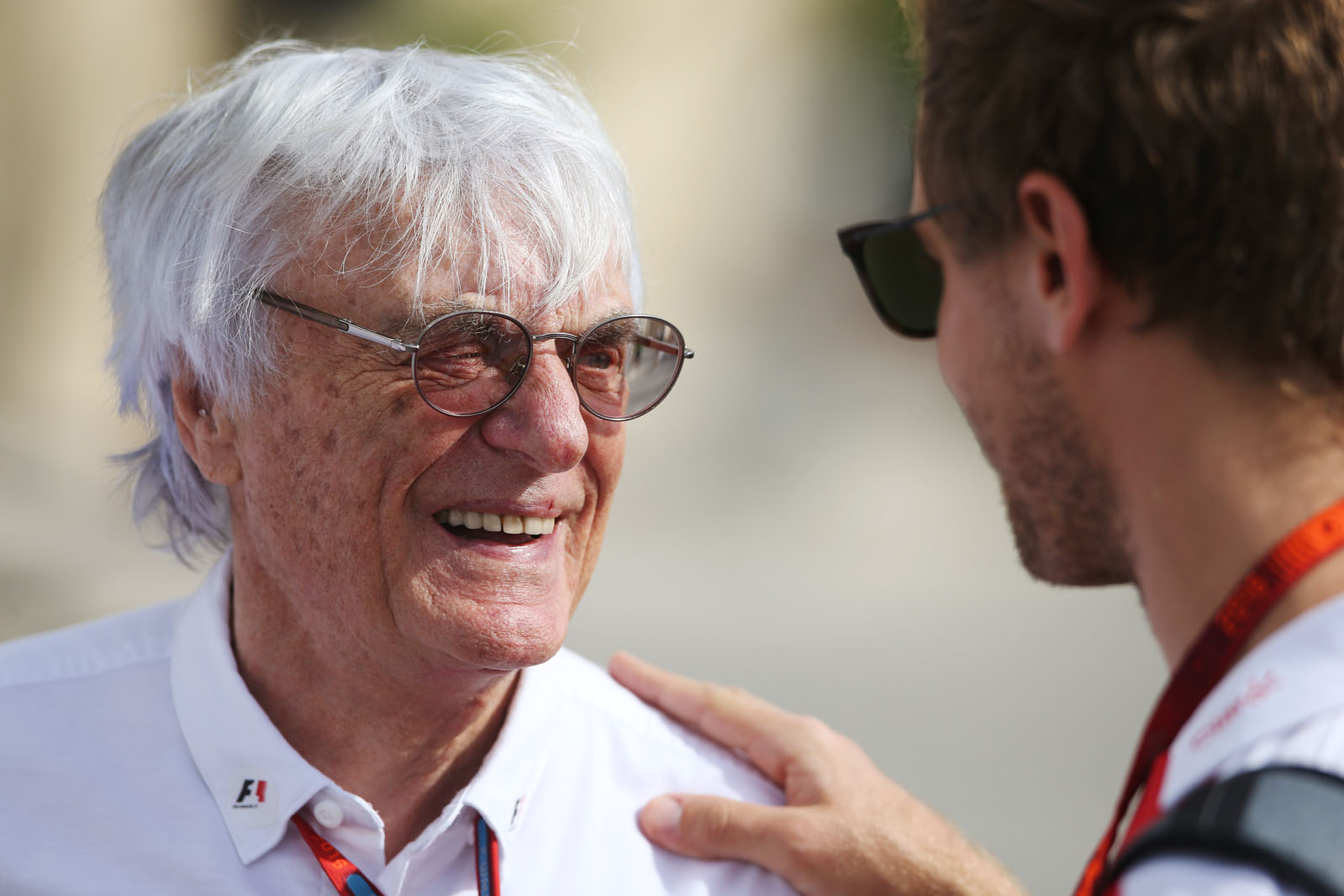 Carey and Bratches have negotiated some new contracts, with circuits and TV companies, the organisation has moved into new offices and it has been recruiting heavily, creating a proper corporate structure. The firm’s philosophy is to grow the sport and get everyone else to support it. The men in charge are thinking strategically and collaboratively – and that is something the teams need to get used to, after years of Ecclestone’s ‘divide and conquer’ techniques.

“We have been actively engaged with all teams to shape a shared vision for the sport that will create real value for all stakeholders,” Carey says. “We are pleased with the collaborative discussions we are having.

These discussions will take time, but we appreciate their receptivity towards further aligning our incentives for the long-term benefit of the sport.” 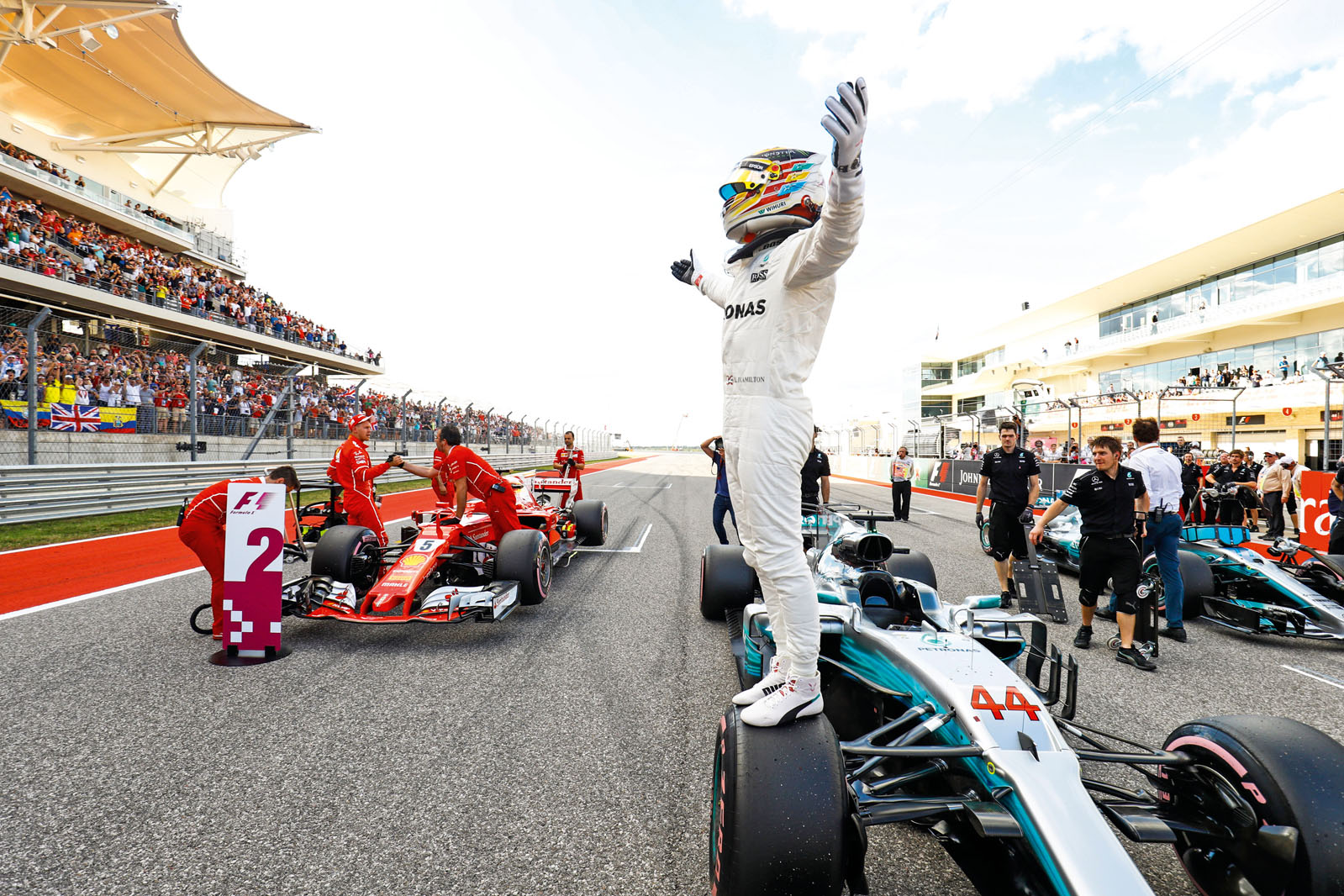 Carey talks a language that is often confusing for the F1 community, but there is no doubt that he knows what he is doing. He has made it very clear that Liberty is not overly keen on subscription TV, unless the markets support it, which is not the case in many of F1’s heartlands. He believes that the sport has suffered from switching away from free-to-air TV coverage. Liberty is aiming to change that and get F1 back on major TV channels, where it is possible.

At the same time, there is no doubt that there is a plan to create what is known as ‘over-the-top content’, which will be made available via the internet direct to fans, rather than going through TV, cable and satellite companies. This will cost money, no doubt, but given the number of F1 fans in the world, it will reap huge benefits, while many traditional TV deals will nonetheless stay in place. There is no single answer as to how content will be delivered to fans.

“From the outset, we have focused on getting fans closer to the action and broadening the appeal of the sport,” says Bratches. “There is a lot of potential to grow the sport, but if we are going to build up interest in F1 in the US, we need to offer the fans more opportunities to get excited about F1. So we want more races in the US. We also want to have six races in the US time zones, which can all be broadcast live to US consumers at hours that make sense. Right now, we have four: Austin, Canada, Mexico and Brazil.” 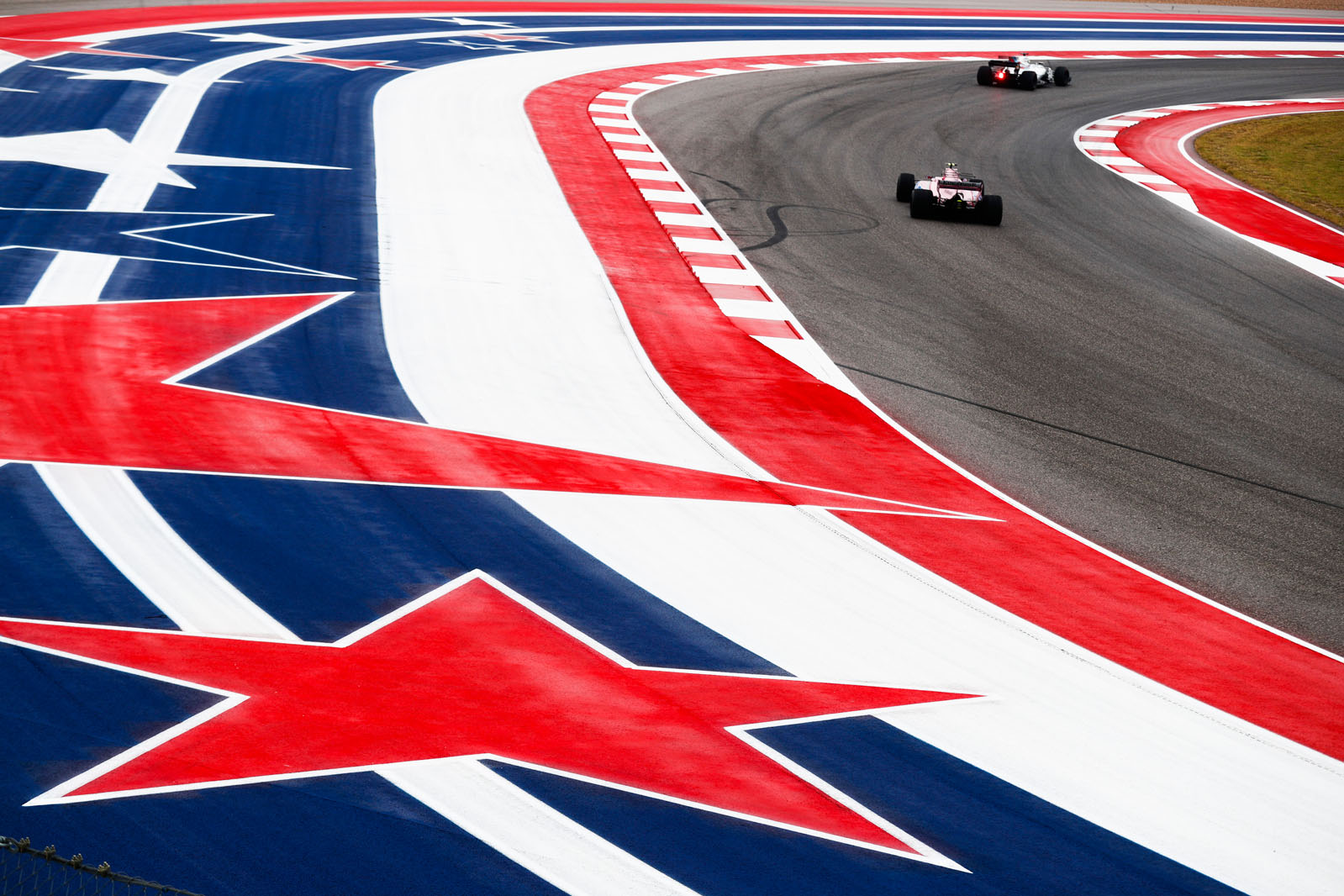 Bratches is working on staging more races in Asia as well, because this is deemed to be the other big growth market for F1 today. It is interesting to see that the recent new race deals with China and Singapore are both short-term, indicating that Liberty is confident that the value of F1 will increase and it does not want to lock itself into long-term contracts. Cities are queuing up to bid for races.

Carey’s concept is to take F1 to “destination cities” and to make individual events bigger and better. He used the idea of each grand prix being like a Superbowl in each country, but added that Liberty also wants to retain some traditional venues, keeping the existing fans happy, while pushing hard to create new ones. This policy will involve a string of promotions next year, similar to the London street event that took place in July.

There is action going on in a large number of different fields, including market research and the formulation of new rules for 2021 onwards. Plans are being drawn up to cut team costs and to create a fairer distribution of revenues. This may cause friction with the big teams, notably Ferrari, but although neither Carey nor Bratches (pictured below) will say anything, it is clear that they intend to have a robust attitude. Ferrari has had more than its fair share for too long and it will either accept what is proposed or find somewhere else to race. There is, of course, no real option – and Ferrari knows it. Will there be fireworks? We shall see. If Liberty has done a good job, there may be no ructions at all. 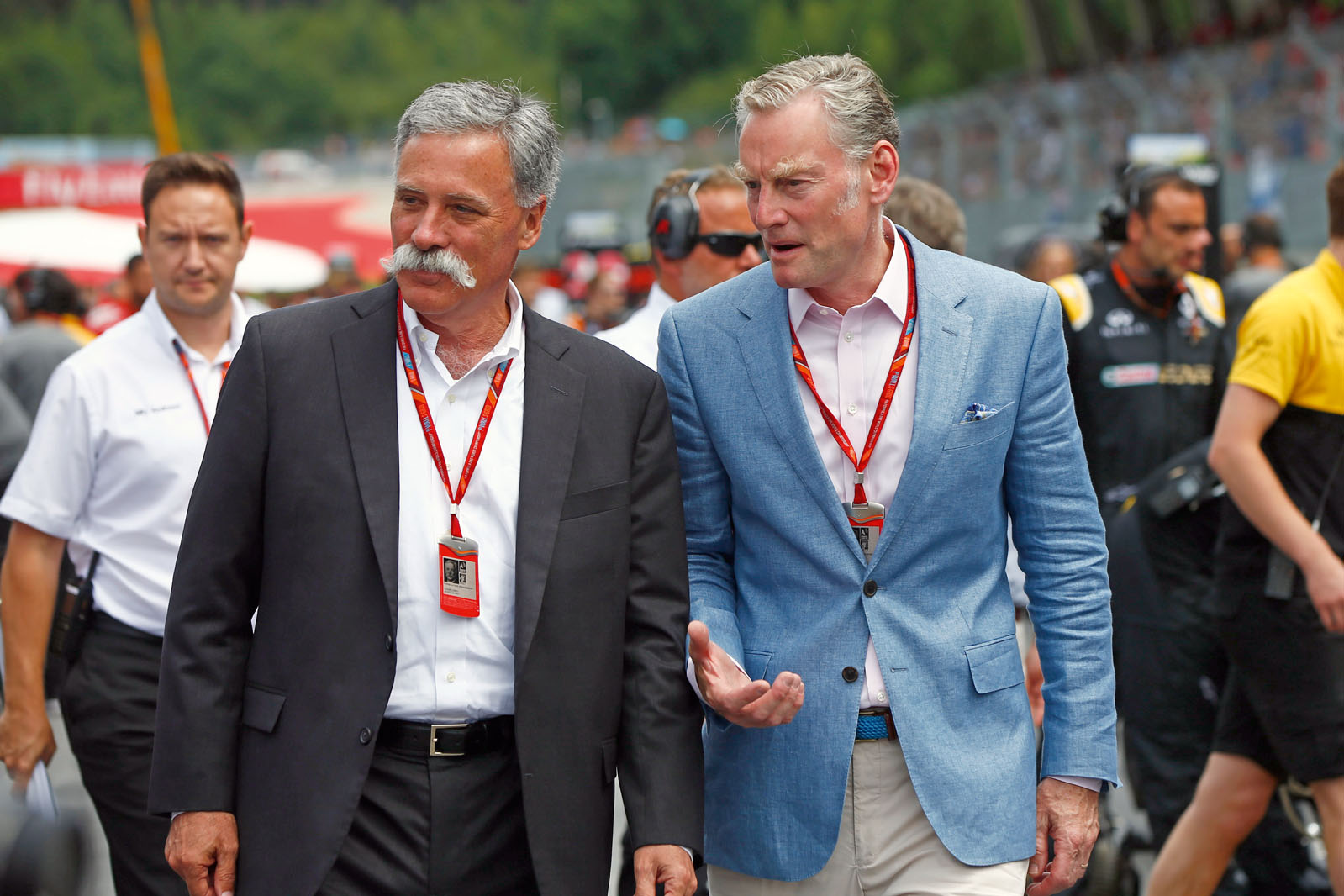 WHO ARE THE NEW MEN RUNNING F1?

Carey (left of picture) joined Columbia Pictures in 1981 and played an important role in developing links between the movie business and the cable TV networks. He moved to Fox in the late 1980s, helping to launch Fox News and Fox Sports before taking over satellite service DirecTV. He first joined Liberty Media when it bought DirecTV but later returned to Rupert Murdoch’s empire as president of 21st Century Fox. He moved to F1 when it became clear he wouldn’t get the top job in the Murdoch empire. 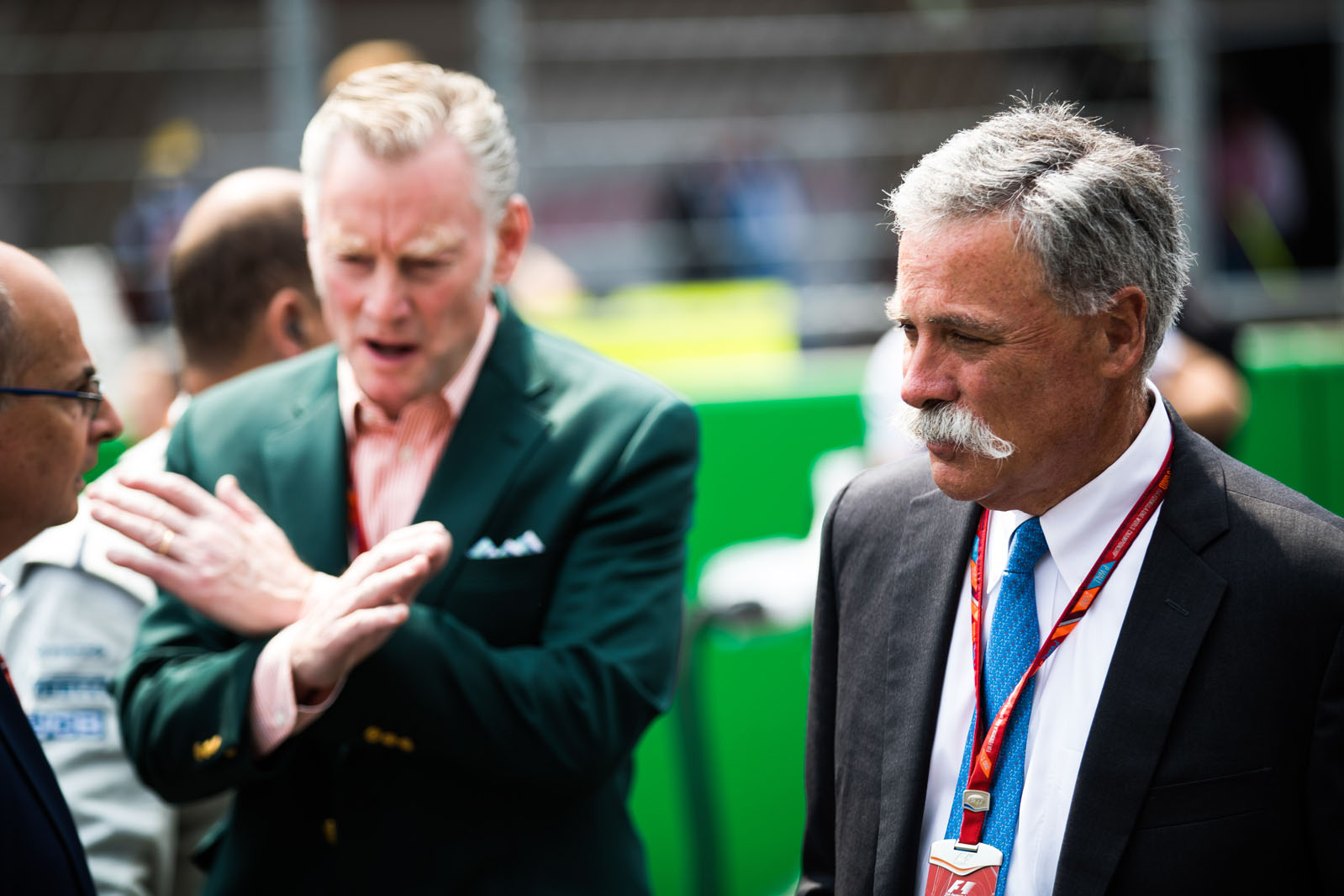 Bratches (right of picture) joined the cable and satellite sports channel ESPN in 1987 and rose through the ranks to become head of sales and marketing in 2005, playing a key role in moving ESPN into new media, notably allowing pay-TV customers to stream content over the internet. He was one of the first TV executives to recognise the importance of eSports.

Alfa Romeo to return to F1 with Sauber

 Ferrari threatens to quit after 2020 season

I find F1 a strange beast, I can understand Mercedes and Ferrari maybe gaining sales of the back of it but Renault and Honda? Barring the NSX, is your average Jazz or Civic driver impressed as they run down to the Post Office for their pension? Do you rev at the lights in your Clio knowing that Red Bull won yesterday?

To me F1 is driven by the drivers, everyone knows Lewis Hamilton but half of them don't know who he drives for!

I watch F1 with a passion but much prefer the bump and grind of BTCC, relegated to the backwaters of ITV4, they race in "real" cars (I know, before the trolls kick in, that I can't PCP one just like it in Bristol Street Motors!) that have more relevance on the High Street.
I hope Liberty stick by their aim to keep F1 on Free to Air, I refuse point blank to line Murdoch's or Beardy's pockets to watch cars go racing

We also want to have six races in the US time zones...

...which can all be broadcast live to US consumers at hours that make sense.

I far prefer to watch those races at the time they then appear on our television: mid to late Sunday evening.

Nothing in this article makes

Nothing in this article makes me want to 'be closer' to F1. I find it all rather depressing, but I am SO happy they have new offices and are working on a management structure....I hope they have sorted out their salaries etc. A good time now to leave F1 to it's Asian and American aims, and to start a new Grand Prix series, with proper cars and circuits. It could start with a GP race at Brands Hatch, with NO circuit modifications, or there no drivers who would like a 'challenge' ?
View all comments (6)