BACK TO ALL NEWS
Currently reading: 2019 British GP preview: Charles Leclerc's rise to F1 stardom
UP NEXT
2023 Lotus Type 133 to be firm's most luxurious model yet

At just 21, Charles Leclerc’s star is rising rapidly at Ferrari – and Silverstone would be a great location for a maiden F1 victory
Open gallery
Close

There was a huge sense of anticipation over Charles Leclerc’s promotion from Sauber to Ferrari to partner Sebastian Vettel this year.

How often does such a young talent get an opportunity in a front-running Formula 1 team? The last time it happened was Lewis Hamilton joining McLaren to partner twice world champion Fernando Alonso in 2007. And look what happened there.

Leclerc, 21, became the youngest driver to race for Ferrari since Ricardo Rodríguez at the 1961 Italian Grand Prix. He grew up in Monte Carlo, where father Hervé finished just behind Damon Hill in the 1988 Monaco Formula 3 race. Together, father and son watched F1 on TV, both supporting Ferrari.

Hervé Leclerc was a close friend of Philippe Bianchi, father of the late Jules. Bianchi Sr ran a kart track at Brignoles and it was not long before the young Charles was spending all his time there. Bianchi became his karting mentor and when funds ran low, Nicolas Todt, son of FIA president Jean and manager of Jules, took young Leclerc under his wing and guided the transition into cars. 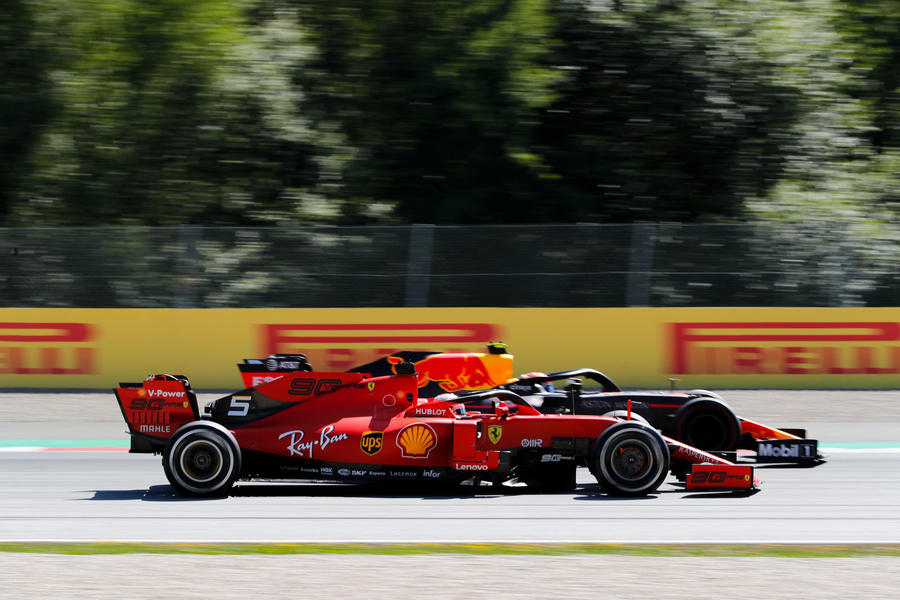 A strong junior record supported by his influential contacts drew him to Ferrari’s attention. In 2017, Leclerc became the youngest-ever champion of F1’s chief support category, Formula 2, but the backdrop made his achievement all the more remarkable. Hervé Leclerc was terminally ill with cancer. One of his life’s ambitions was to see Charles race at Monaco but, four days before the F2 series was due in the Principality, he was put into a coma. A month later, Hervé died, aged 54. Almost immediately, Charles had to board a plane for Baku. On the same flight was (now former) Ferrari team principal Maurizio Arrivabene.

“I asked him what he was doing flying considering what had just happened,” Arrivabene recalled. “He replied ‘I have to win this race, then I’ll go back and bury my father.’ Right there, I understood that he knew how to take his responsibilities.”

Leclerc produced a truly remarkable performance. He took pole by more than half a second, won the feature race and dedicated it to his father. He also won Sunday’s reverse-grid race by more than eight seconds before copping a 10-second penalty for a yellow flag infringement. “If someone manages to concentrate like that in such a personal situation, what is an F1 grand prix by comparison?” Arrivabene said. 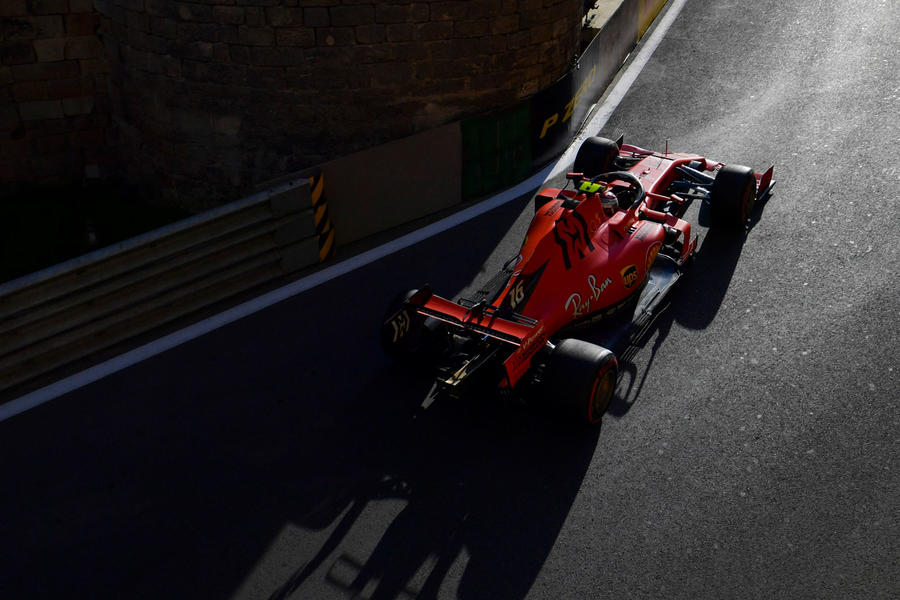 In his maiden F1 season with Sauber, the average qualifying gap between Leclerc and team-mate Marcus Ericsson was the biggest on the grid. Team principal Frédéric Vasseur says of him: “As well as the raw speed, he learns quickly and is always honest. There is no bull…” The late Ferrari chief Sergio Marchionne rapidly became a fan and it was his wish that Leclerc was fast-tracked. And hence, before the age of 21, he had himself a Ferrari race contract. To call it a relief might sound presumptuous, but Leclerc had his own, very personal reasons.

“Just a week before my dad was gone, I lied to him that I’d signed for Ferrari,” he admits. “Not for 2018, but ’19. I hadn’t, but I’d promised myself that I absolutely wanted to achieve that. My mum told me: ‘That’s not good, Charles – you shouldn’t lie to him…’ But I knew it was going to end for him in the next week. He also knew it was the end. To put a bit of happiness in it all, I told him I did it. I remember the tears in his eyes. “From that day, I regretted saying it. Then, when I actually signed, it was the first thing I thought of: I didn’t lie! And that’s what I said to my mum.”

The first highlight was the race in Bahrain, a track suited to the Ferrari and one where Leclerc truly arrived. He took pole and made up for a poor start before quickly dispatching Valtteri Bottas and Vettel. He led convincingly until he lost power in the closing stages and was cruelly overhauled by the two Mercedes. A podium and fastest lap was scant reward for a weekend he dominated. As soon as he climbed from his car, Hamilton went straight to Leclerc, shook his hand and put an arm around his shoulder. “This guy’s time will come,” he said.

From Leclerc, bitterly disappointed, there were no histrionics and he won many more admirers. “Today was not our day,” he shrugged. “It’s sad because obviously I was so close to realising a dream. Hopefully this day will come. The team should be proud. We’ll come back stronger.” 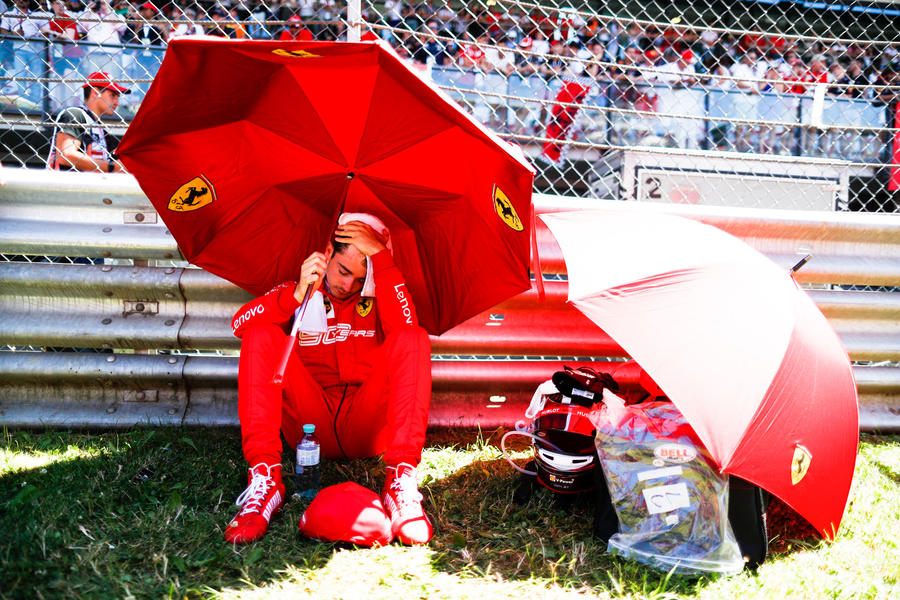 The season’s defining characteristics are a Mercedes with prolific downforce that dominates whenever the road turns, and a Ferrari with prodigious straight-line speed that is tough to contend with whenever it doesn’t. Baku, round four, was Leclerc’s next opportunity and again he was the pace-setter, but poor qualifying strategy from Ferrari contributed to a qualifying accident that scotched that particular chance. “I’m stupid!” he said, holding up his hands. Admitting to mistakes and his weaknesses appears to be an admirable character trait.

The most recent highlight, in Austria, turned into another near miss for that first win. From pole position, he led until the closing stages – only to be caught and passed by Max Verstappen, who was on fresher tyres. But he’d outperformed Vettel once again and, with just over a third of the season gone, Leclerc is still in touch with the four-time champion in the points. A thoroughly likeable guy, he has the self-containment of a man who knows his chances will come.

You get the feeling Vettel might be becoming a little world-weary. Not only does he have to contend with Hamilton and Mercedes, but also the threat from within. Ferrari’s deficit means that Leclerc may not be a championship contender in 2019, as some predicted, but he is still, obviously, a potential race winner. The pedigree is undeniable. 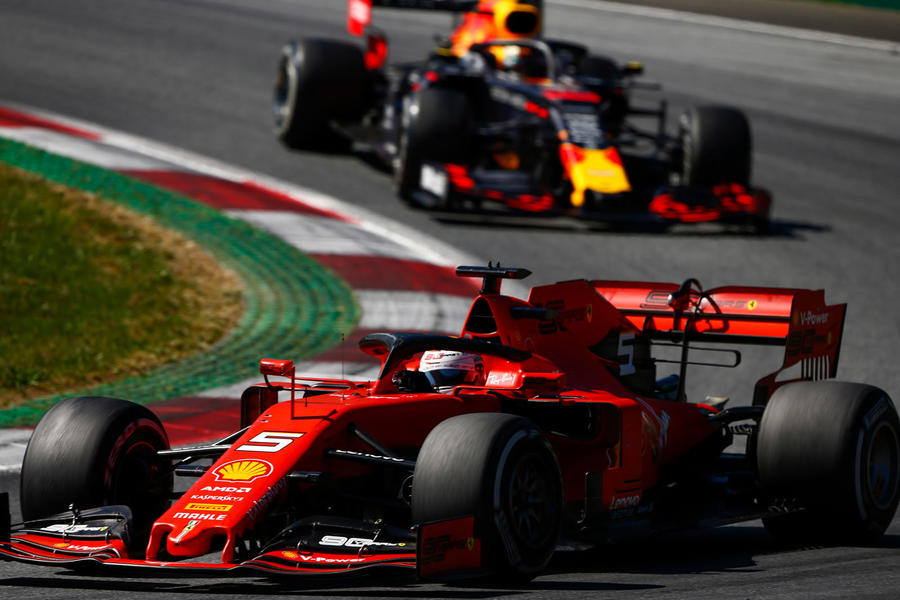 Will Leclerc win at Silverstone?

Charles Leclerc certainly has an impressive Silverstone record. In GP3, in 2016, he finished second in the main feature race and third in the reverse-grid sprint race, as well as sampling the Haas F1 chassis in free practice. The following year, in Formula 2, he took one of his eight poles and also a commanding race win in the main event, before finishing fifth in Sunday’s sprint race from eighth on the grid. In his rookie F1 season with Sauber, Leclerc qualified in the top 10 before retiring just 18 laps into the race with a wheel issue.

Will be the complete driver

Fantastic driver, brilliant temperament, credit to his family. If it wasn't for team orders he could of been ahead of the Ferrari NR1 driver by now who only ever seems to have had weak partners, up till now.

Looking forward to the head to heads with Verstappen and Hamilton in years to come, and, when LH goes onto pastures new maybe Norris.

Stardom, what’s the definition of stardom?, he hasn’t won yet, he’s beating his four time World champ numero uno Driver Seb Vettel, he chucked his rattle when Verstappen blew him away in the final few laps too, in my opinion,if Verstappen had been in the Ferrari then Ferrari would have a few more wins, LeClerc isn’t quite there yet in my opinion......