BACK TO ALL NEWS
Currently reading: 2016 BTCC season preview: Subaru returns to racing
UP NEXT
Lotus reveals lightweight platform for Elise and Evora successors

Once synonymous with forest rallying and Colin McRae, the Subaru name is returning to motorsport in the British Touring Car Championship with the Levorg estate
Share
Open gallery
Close
Share story

Not any longer. As of this weekend’s Dunlop MSA British Touring Car Championship season opener, it means an estate-bodied Levorg trading paint (and perhaps door mirrors) with a rampaging pack of tin-top rivals around the Brands Hatch Indy circuit.

Subaru UK’s decision to lend official blessing to Team BMR’s touring car bid was greeted with widespread surprise when it was announced in January. It was an unexpected move to the race circuit, where the Japanese car maker has little pedigree in the UK. 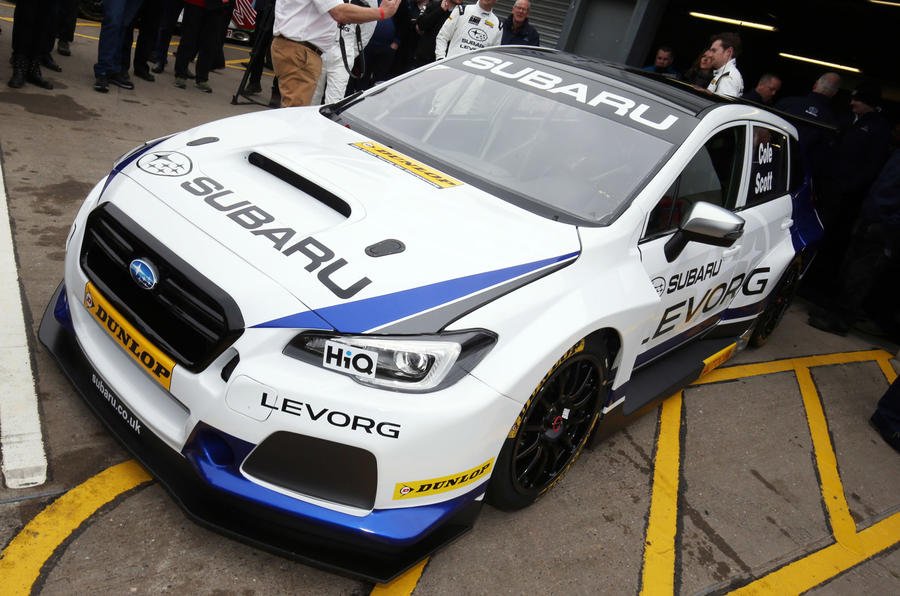 “Subaru was once all about blue cars, gold wheels and big spoilers,” says Paul Tunnicliffe, managing director of Subaru importer IM Group. “That was great while it lasted, but those days are long gone, killed by CO2 emissions and taxation, among other things.

“In the past I’ve been approached by privateer motorsport teams looking for us to get involved, but the answer has invariably been no. Over Christmas I was contacted by Team BMR and my initial reaction was ‘thanks but no thanks’, because I’m aware of the kind of budget required to compete in touring cars.

“But when the team said they had their budget in place and just needed some support with cars, it began to make a lot of sense. It is a low-cost way for Subaru to get the kind of television exposure that would normally cost us much, much more.” 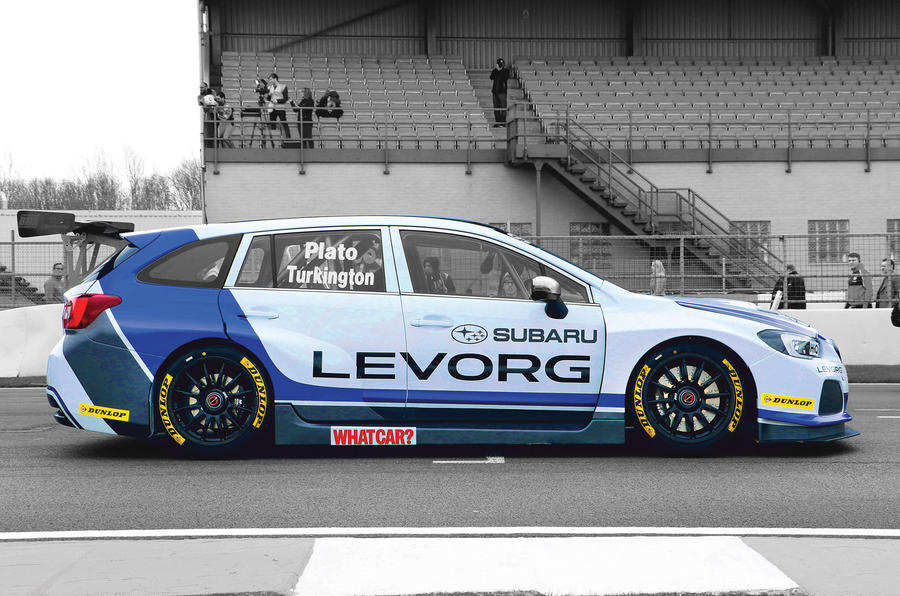 Long before the end of Team BMR’s successful 2015 season, in which it won the BTCC’s teams and independents crowns, it had started considering building new cars to replace its fleet of Volkswagen CCs. The team’s chief designer, Carl Faux, had already sensed the potential of Subaru models. “I was on the British Touring Car Championship Technical Working Group when we devised the NGTC regulations [to which all cars are now built],” he says. “At the time I was working for Triple Eight Racing, which was running the MG 6. The further we went down the NGTC road, I was exploring the options with different cars, and the Subaru definitely stood out – but I was in the wrong place to do anything about it until I joined BMR.”

Initially the team had a more traditionally sporty Subaru WRX STI model in mind, but this didn’t hold as much appeal for Tunnicliffe. “It would have been easy for Subaru to follow the lead of Ford and Honda and enter with its performance model, but that’s not really what we’re about,” he says. “SUVs and estates dominate our sales these days, and that’s what we need to publicise. We suggested the Levorg instead. They took a road car away, drove it, analysed it and came back to say they believed it would work well.”

As Faux delved deeper into the Levorg’s capabilities, he became increasingly encouraged. “The Levorg is essentially perfect for an NGTC,” he says. “Within the rules, it is all about the engine and the positioning of its centre of gravity. Previously, when the rules in the BTCC were freer, it was possible to engineer something trick with the suspension set-up or change something else on the car to overcome any problems. But with the NGTC rules the way they are, there is little freedom to do that because everyone has the same suspension. 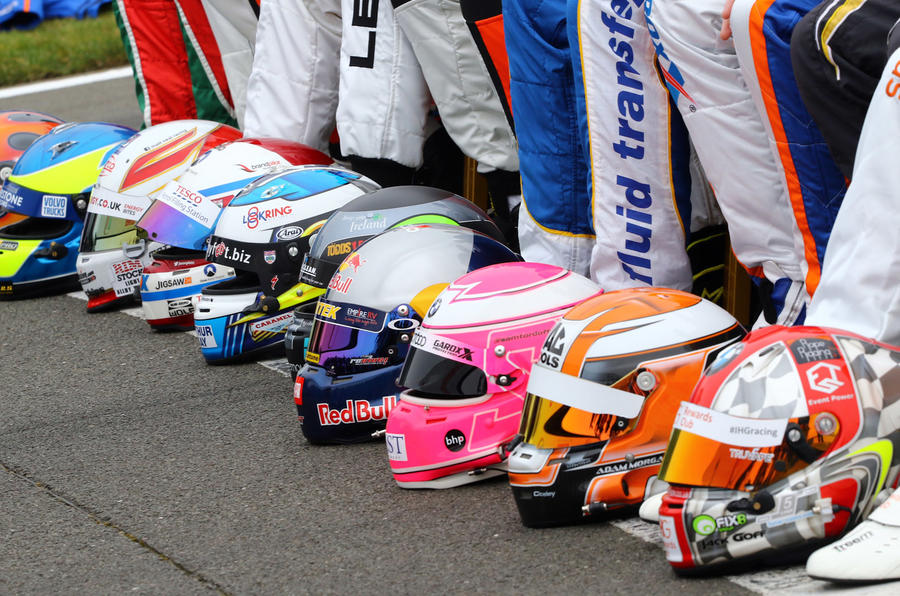 “That meant that the boxer configuration of the engine plays an important part. It’s a flat engine and it carries the weight low down.”

The estate body brings further advantages. “The aerodynamic numbers from Subaru are very strong,” he says, “and even though it might not look it, it is a small car. It is narrow. And you have to remember it is rear-wheel drive. When Honda did its Civic estate BTCC car, the Tourer, that was front-wheel drive. Carrying more weight over the rear of the car is actually going to be a benefit to us. We wouldn’t have tried this programme if it had been based on a front-wheel-drive car.”

There was one technical snag: the Levorg road car uses Subaru’s symmetrical all-wheel drive system, outlawed by BTCC rules since the all-paw Audi A4 crushed all comers during the 1996 season.

“The touring cars rules as they were said cars had to use the driven axle as it was used by the manufacturer,” explains Faux. “We asked for a rule amendment that we could change that to two-wheel drive. That was agreed, and it was determined that if the engine was transverse, then it would be front-wheel drive, and if it was longitudinal [as it is in the Levorg] then it would be rear-wheel drive.” 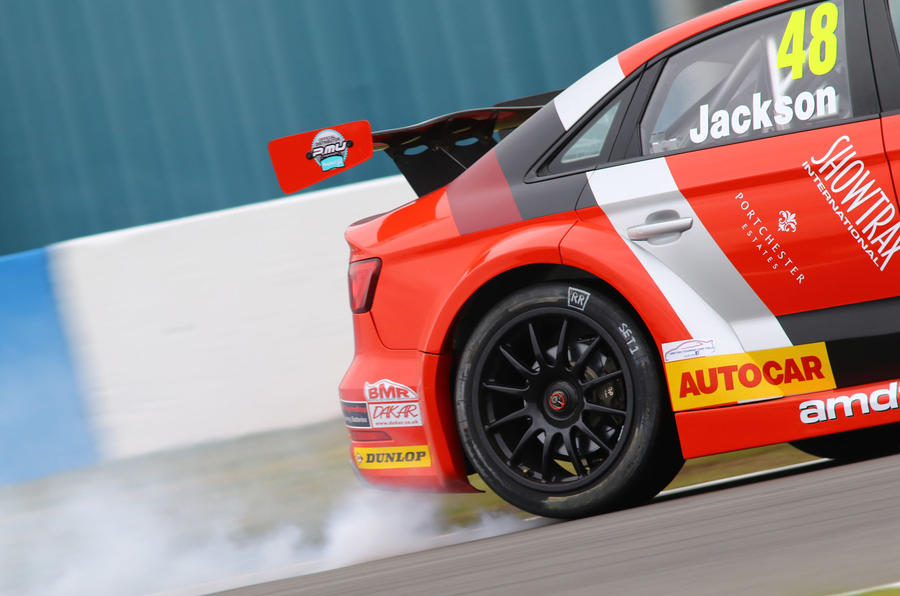 Input on the car’s build has come from Subaru UK and Japan, but this isn’t a mega-bucks, full factory assault on the BTCC. “We have assisted with cars, spare parts and body panels and bought a supply of engines from Japan, because we don’t sell cars equipped with that specific engine over here,” says Tunnicliffe.

Putting together a project around a brand new car isn’t easy, and Faux says the team has been flat out in the build-up to the season “until the very last moment”. The turbocharged 2.0-litre, four-cylinder boxer engine supplied has been tweaked for competition by the tuning wizards at Mountune. “They have done what they do, but we have been involved with the design of things like the exhaust manifold and other areas,” says Faux. “It is a collaborative effort, and these things take time.”

While the engine won’t quite have the meaty burble that ensured rallying Imprezas could be heard before they were seen, it will still sound distinctive. “You will be able to sit there with your eyes closed and know it is one of our cars,” says Faux.

For Subaru, competing with a body-style that stands out from the pack is key. “It’s all about awareness,” says Tunnicliffe. “We’re a tiny brand compared with some of our rivals and we need to get on people’s radars. If someone buys a Forester instead of, say, a Honda CR-V off the back of seeing our cars involved in the BTCC, that’s a fantastic result. I’ve been delighted with the reaction since we announced the deal and everyone seems very excited about having the Levorg in the championship.” 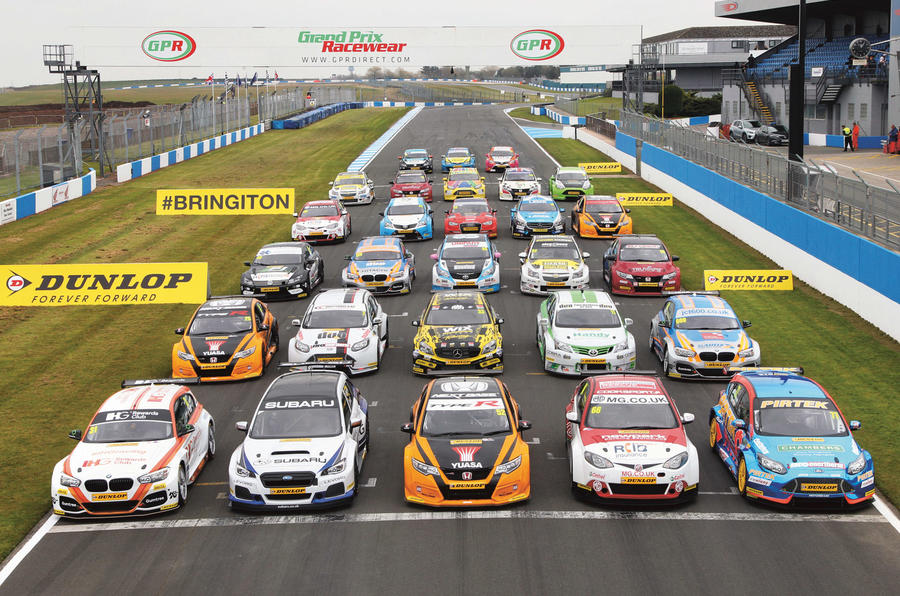 Team BMR has a formidable driving team to help develop the new Levorg. Former champions Jason Plato and Colin Turkington remain on board from last year’s campaign, together with James Cole and team principal Warren Scott.

As for his expectations for the season ahead, Tunnicliffe says he’d be “gutted if the team didn’t continue where it left off last year and we didn’t make the podium within the first couple of meetings”.

From the team’s perspective, Faux is more cautious. “This is a new The Subarus will face a full grid when the BTCC kicks off this weekend team, we’re building a new car and there aren’t many people at Team BMR who have been through this process before,” he says. “But Subaru has shown its commitment to the programme for three years and that means it’s important we get it right. So if that means the first part of 2016 is spent nailing any reliability issues we have, then so be it. It is unrealistic to expect us to be winning from the outset. We want to improve as a team. This is the first new car BMR has built and that’s a huge step. But with the support we have from Subaru and the level of support from the public, this is going to be an exciting and rewarding programme.

It was great when Volvo raced the 850 estates, but my favourites are still the TWR XJSs and SD1s. Not that there was regular TV coverage back then. I think maybe Grandstand or World of Sport showed occasional highlights. As a big fan of estate cars I hope Subaru and BMR get good results with the Levorg.
ProjectSixtyOne 1 April 2016

@Viscount Biscuit : What are you on about "airing the races on itv at 2am" ?!? ITV4 shows the whole day live! This Sunday its 8 hours of motorsport include all the support races! Also the beeb wouldn't pay for motorsport besides which ITV Sport have signed a deal till 2022 for live courage!

@gazza5 : Trust me you'll enjoy it live! I go to Thurxton every year and its a great day out and normally only £25 for race day including a paddock pass.

it use to be quite good watching the races "live" on itv I think it was last year - although i let it record for about 1 hours 30 minutes so i could fast forward all the adds and dull bits inbetween.

Didn't realise the air time had moved so late - hoping to go to my first btcc event this year - never been - but plan to - its only £40 and if tis rubbish won't bother next year.