BACK TO ALL NEWS
Currently reading: British GP: Why Hamilton and Verstappen clash was a racing incident
UP NEXT
New Lotus electric sports car to use Britishvolt batteries

For much of Friday and Saturday, the chief talking points around the British Grand Prix centred around what exactly to call the new Saturday qualifying race – sorry, F1 Sprint – and whether credit for pole position should go to the winner of that event or the fastest driver in regular qualifying on Friday.

And then, of course, Max Verstappen and Sir Lewis Hamilton made contact while battling for the lead at Copse on the first lap of the race, pitching the Red Bull driver into a terrifying high-speed crash and sparking a fast-escalating war of words.

Here are the key talking points from a controversial Silverstone weekend.

Verstappen and reigning champion Hamilton have been battling each other all season and, given that both are determined, uncompromising racers, it has always felt like it could lead to an on-track clash.

Having won the qualifying race – sorry, F1 Sprint – Verstappen started the race from pole, but Mercedes-AMG racer Hamilton pushed him hard for the first half of the opening lap. Verstappen managed to resist several of Hamilton’s charges, but the Brit got a run and had the inside line heading into the ultra-quick Copse corner.

The resulting clash pitched Verstappen off the track at high speed and into the barriers. He was taken to hospital but thankfully was unhurt. Hamilton, meanwhile, dropped behind Ferrari’s Charles Leclerc and picked up damage to his car, which the team could fix during the following red-flag period. Hamilton was later given a 10sec time penalty, served during his pit stop, for the clash.

You’ve probably already got your own – possibly strong – views on the crash and, frankly, there’s already about as much amateur analysis on the footage online as there is of the Zapruder film. Certainly, you can make arguments both ways, so feel free to argue about it as much as you like. 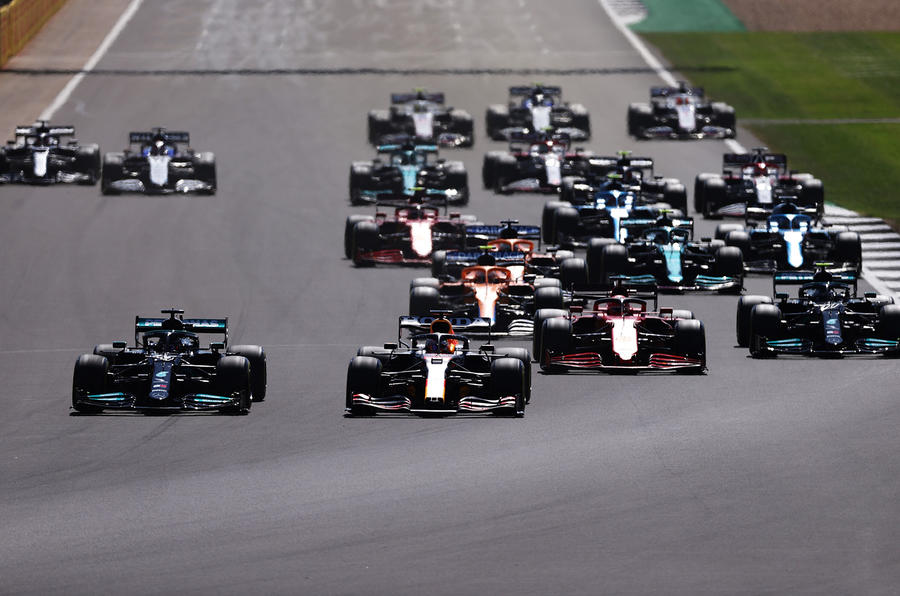 Certainly, Hamilton tried a bold move at a corner where overtaking is extremely difficult. But you also can’t isolate what happened in that singular corner from Verstappen’s incredibly aggressive defence over the first half-lap of the race.

In my view, it seems the definition of a racing incident: two drivers, both refusing to cede any ground while pushing to the limit. Unfortunately, one driver bore the brunt of the consequences - and the best news of all is that Verstappen is okay.

What certainly didn’t help was some of the incendiary rhetoric following the crash, particularly from Red Bull team boss Christian Horner and chief advisor Helmut Marko.

While you can understand their anger, given their driver was in hospital and they had a wrecked car, the suggestion that Hamilton shouldn’t have tried a move in Copse because it was so fast was particularly absurd, as were calls for him to be banned from a race.

More generally, some of the extreme reaction on social media - from supporters of both drivers - was also a concern. Let's hope that all involved work to lower the temperature a bit.

Red Bull’s anger was likely amplified by Hamilton fighting back to take victory. That seemed unlikely early on, as the Brit was unable to get past Leclerc, with his 10sec penalty them dropping him behind team-mate Valtteri Bottas and McLaren’s Lando Norris after the pit stops.

But then Hamilton went on a charge, despatching Norris and being allowed past Bottas before closing right in on Leclerc.

There was some irony that Hamilton’s move for the win came at Copse, with him again taking the inside. Leclerc opted to give Hamilton a bit of room, couldn’t hold the corner on the outside line and wobbled wide, losing him the lead. 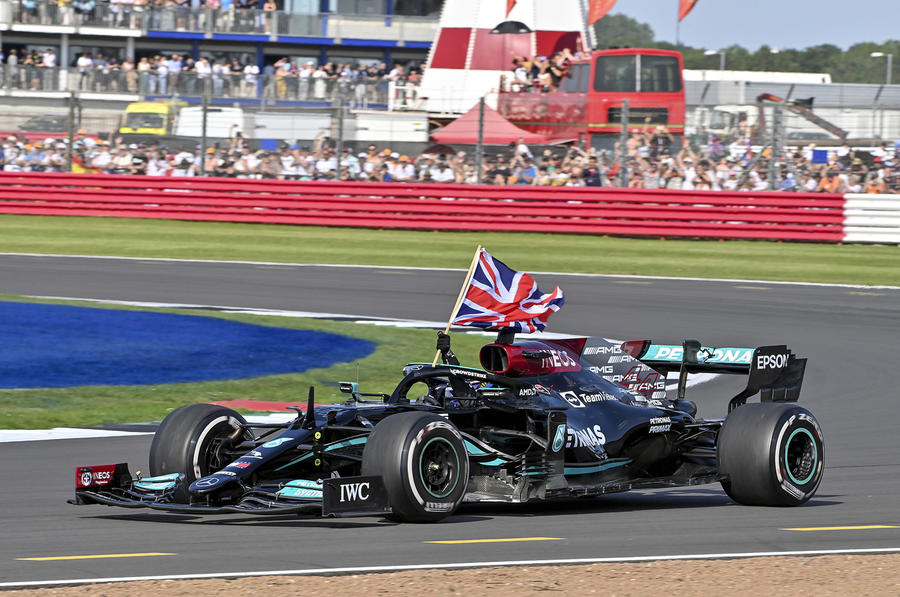 The British Grand Prix was the first of three races this year that will trial a new format, with qualifying shifted to Friday evening and a short qualifying race – sorry, F1 Sprint – on Saturday afternoon.

While there were grumblings from some in the paddock over the schedule, the Friday qualifying felt like a real hit, providing entertaining TV viewing to start the weekend and giving the many fans at the track some meaningful action on a Friday.

Saturday’s short F1 Sprint event made for a diverting half-an-hour, with a decent amount of action too. That said, with only a handful of points on offer for the top three the motivation for drivers to really push was limited, while the short race also mostly removed tyre strategy from the mix. Still, more racing and less practice is fine by us.

The only tedious aspect was around the terminology involved. F1 bosses were desperate not to ‘dilute’ the main GP so decided not to call Saturday’s qualifying race a race - instead coming up with F1 Sprint. And instead of winning a race, victor Verstappen was credited with pole position - despite not setting the fastest time in qualifying.

It felt a bit halfway house: they were trying something radical and new but seemed to undermine it by a determination to respect tradition.

The fans make themselves heard

As with the Hamilton and Verstappen crash, you will find sharply divided opinions on the merits of Silverstone being allowed to host a capacity crowd last weekend. Certainly, it seemed strange and incongruous to see such a mass of people in one place after so long. But there’s no doubt that the fans added hugely to the atmosphere.

While the reaction after Hamilton’s victory was incredible to hear, perhaps the biggest single crowd roar of the weekend came on Friday night, when George Russell qualified seventh in his Williams. It was a wonderful reaction to a wonderful lap.

Well, here we are, it's Tuesday,and we're still bashing the keyboard about Sunday's GP, we'll never come to a common conclusion we all agree on, so, let's just move on, and agree to disagree.

If Helmut Markko feels guilty about sacking Albon from Red Bull race teams unceremoniously, then blaming Lewis for ruining his career because of one corner incident, is an entirely logical get out for him, especially after Sunday.

Lewis has effectively finished a few F1 drivers careers, including Alonso, Massa, Button, Rosberg, Vettel, Bottas and now he is taking Max to the max. It's great that he still has that commitment, ability and drive to be the best.

Sundays comeback drive was pure Hollywood and once again sets down markers for others to marvel at.

Jocolo how about you flesh your argument out beyond a childish insult? Debate is a bit more intelligent than insults normally, and it's how grown up mature people communicate. Beyond, means outside in this instance, just in case you have trouble grasping language. If you need help from an adult to formulate your reply I can wait.