A full crowd will return to the British Grand Prix this weekend to cheer on the three lions Hamilton, Norris and Russell. We find out how it will work
Open gallery
Close

"I can’t tell you how relieved I am,” says Stuart Pringle, the boss of Silverstone who has worked so hard to ensure that a full-capacity crowd of 140,000 will be back in the grandstands and on the banks this weekend to cheer on Sir Lewis Hamilton, Lando Norris, George Russell and the rest at the British Grand Prix.

“Getting the crowds back was not the work of a moment and was finely balanced throughout,” says Pringle from his office overlooking the National Straight. “Silverstone without the fans is just soul-destroying.” The experience last year, when Silverstone hosted two behind-closeddoors grands prix on consecutive weekends, due to the pandemic, taught him that. “It was great for our profile, but if you go to all the effort of running a grand prix and nobody can come in and watch, it’s a pointless exercise,” says Pringle. “In fact, it became known here as the ‘penis’: pointless exercise not involving spectators…”

It’s going to be quite an occasion after a year that none of us will ever forget. Live crowds returning to watch sport in recent weeks, be it snooker, football, tennis, cricket or motorsport, has been heartening – but there has been nothing near the scale of what we will see at the British GP.

The reason that a crowd can attend is that the race has been accepted, after much lobbying by Pringle’s team and Formula 1 management, as a key test in the UK government’s Events Research Programme.

“It has helped us enormously that the race takes place the day before national Covid restrictions are due to be lifted [19 July],” explains Pringle. “As part of the programme, it’s the ultimate, final test event. It makes sense right at the end of the process to gather data around a proper event at scale. There’s a possibility that Covid certification might be needed to keep domestic football alive this winter, so that’s really what’s driving the need to understand what practices can be implemented, that there’s a system, understanding and confidence in case there’s a Covid spike when the weather gets colder. Then they won’t have to stop people doing what they enjoy.” 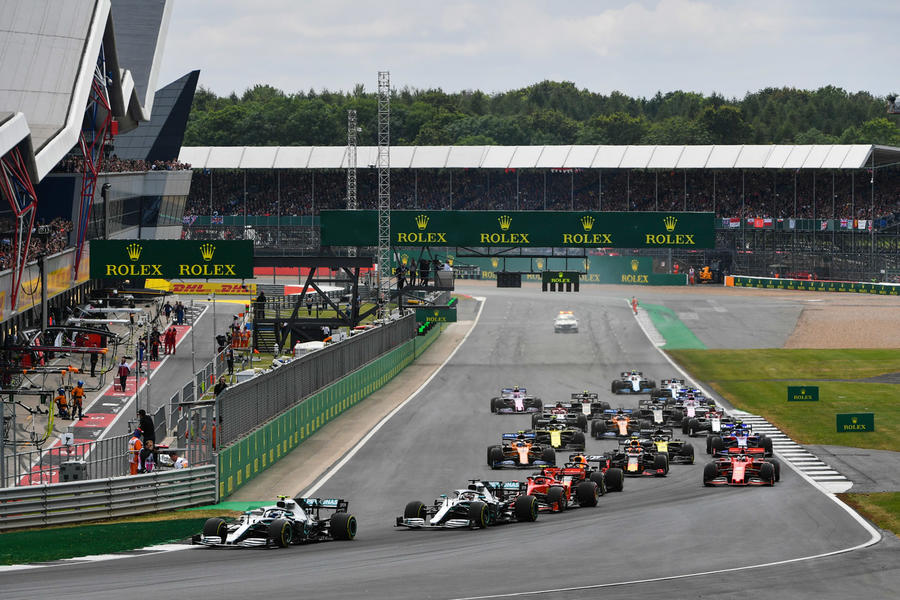 Not everyone is delighted by crowds returning so soon, of course, especially given the still-worrying daily number of new Covid cases affected by the spread of the Delta variant in the UK. Critics point to inconsistencies and contradictions in the approach, and even Hamilton, while acknowledging his excitement to see fans back at his favourite race, suggested it might be “premature”. Pringle understands his concern. “I strongly suspect he isn’t familiar with the detail of the Events Research Programme, which has been a very tightly controlled, science-led, government-run programme taking the data and learnings from every stage of the increasing attendance at sports events and analysing it to make informed and considered judgements on the risk,” he says. “I understand why he’s concerned. He’s always fair and always a supporter of the fans. He loves them. He’s also a man with a big heart and a good moral compass, so I’m not surprised that he might articulate concern. But this wouldn’t be happening if the government’s public health officials weren’t entirely comfortable and hadn’t signed it off.”

Pringle also points out that Silverstone is situated on “a 550-acre Northamptonshire plateau through which the wind blows, and all of our grandstands, even those with a roof, are genuinely open-air”. He continues: “The other critical thing is that we normally bemoan the lack of public transport to Silverstone. On this occasion, it’s a benefit that people are arriving on their own, they are not piling into the Tube or buses, which is the challenge at Wembley or Wimbledon. The government has taken a view, and of course there’s risk that remains, but there are also many benefits to sports events taking place this summer. Some concern flag-waving morale, some are supporting businesses like ours that would [else] be at risk.”

So who is allowed to attend this weekend and how will it work? “To attend, you need to be able to show on the NHS smartphone app or a paper equivalent that you’ve had your second Covid vaccine jab and 14 days have elapsed since you had it, or that you’ve uploaded a negative lateral-flow test within 48 hours of arriving at the venue,” Pringle explains.

“You have to show that at the gate; it will be checked in advance of you showing your ticket. It will create some delays getting in – not too significant, we hope, but it won’t be as smooth as normal. But a lot of people use our park and ride service, and we will be doing those Covid test checks before they get onto the transportation.

“Being part of the Events Research Programme allows disapplication of the Covid restrictions within the red line of Silverstone, which includes our car parks and official campsite. Social distancing and face masks won’t be required. Actually, it will be a final reminder of what we’re likely to be going back to the following day.”

And will children be allowed? Happily, Pringle confirms in the affirmative. “Those aged 11 years plus must have a lateral-flow test, as they do at school, and those younger than that don’t need one,” he says. “So they can all come. And if anyone comes up positive on a lateral-flow test, we will let them come on their ticket next year.”

He stresses that Silverstone understands and respects the views of anyone who feels it’s too early; that too much is at risk to attend. “We have a completely open book with a refund or rollover policy with everybody if it’s not their cup of tea,” he says. “We’ve had to refund people coming from abroad, because they can’t get into the country, and some people have written and said: ‘I’m nervous, I’m not comfortable, I have an underlying health issue.’ No problem at all. We don’t want anyone to come under duress; we will give them their money back. But for everybody who gives their ticket back, there’s somebody who wants to buy it again. It’s a nice position to be in if you’re a promoter.” 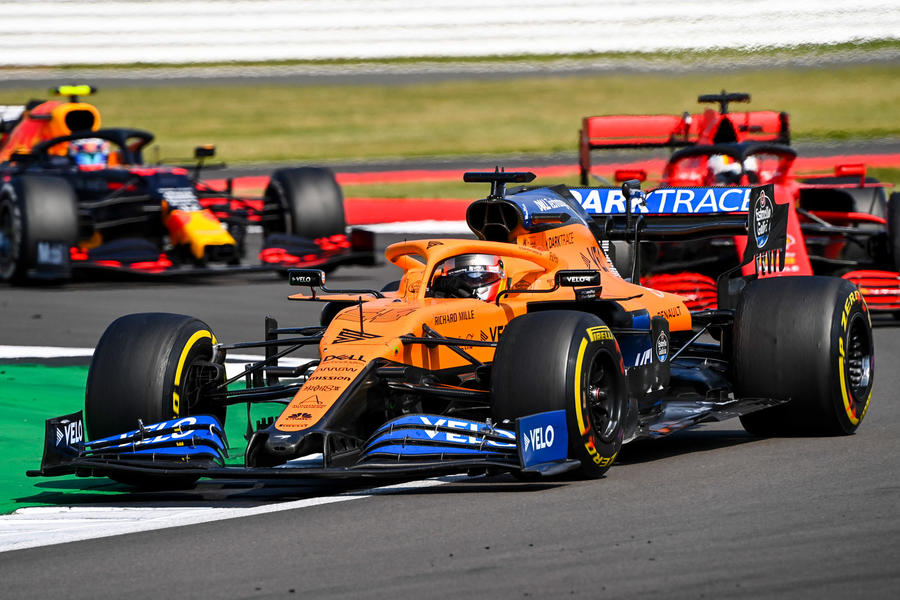 Pringle admits that “this has been without doubt, by some magnitude, the toughest period of my professional life, the hardest challenge I’ve faced, because the consequences were so significant”. This comes from a man who was made to sweat on the future of the British GP by former F1 boss Bernie Ecclestone more times than he cares to remember and was recently forced to cancel a MotoGP race because a track resurfacing job went so badly wrong that it had to be redone.

“Like every sports and events business, we’ve been burning our own cash to stay afloat, and that’s not sustainable forever,” he says. “We have a contractual commitment to F1, and you don’t need to be the greatest student of F1 to know that it’s quite an expensive and onerous contract. I’m very relieved that we haven’t had to test the strength of our relationship with F1 in a ‘not performed under the contract’ situation.”

The pandemic hasn’t made Liberty Media, F1’s American owner, any softer on its venues, then… Still, Pringle tips his hat to new F1 CEO Stefano Domenicali and his team. “I don’t think we could have pulled off this result without working so closely with F1,” he says. “I couldn’t have done it alone, and I don’t think they could have either.

“It take a crisis to throw people together, and actually our relationship with F1 is better coming out of this. It has done us good for the future, because we have had to trust each other, perhaps more than we might naturally do, and we’ve had to recognise that we’re in this together.” If you’re going, are you nervous? It will feel strange after all we’ve been through. But more than anything there will be pure, heartfelt excitement at a British GP we will never forget.