BACK TO ALL NEWS
Currently reading: New third-generation Formula E car is fastest ever electric racer
UP NEXT
New 2023 Audi A4 Avant undergoes tests in the Alps

The new third-generation Formula E car is the fastest electric racer yet, with new aerodynamic upgrades, improved power efficiency and a top speed of over 200mph.

It will race for the first time in the ninth Formula E World Championship season, which will begin towards the end of this year.

It has been specifically tuned for racing on street circuits, and the FIA says it represents the “pinnacle of high performance, efficiency and sustainability”.

Several upgrades have been made over the current Gen2 Evo racer. The new motor set-up produces 470bhp, while top speed is claimed to be north of 200mph.

It’s also the first formula car to feature separate powertrains at the front and rear, meaning its regenerative capability has improved to 600kW - more than double the current car's.

The addition of a front motor means there's now no need for hydraulic brakes at the rear.

The Gen3 also benefits from ultra-rapid charging, capable of refilling its battery at a rate of 600kW during a race. 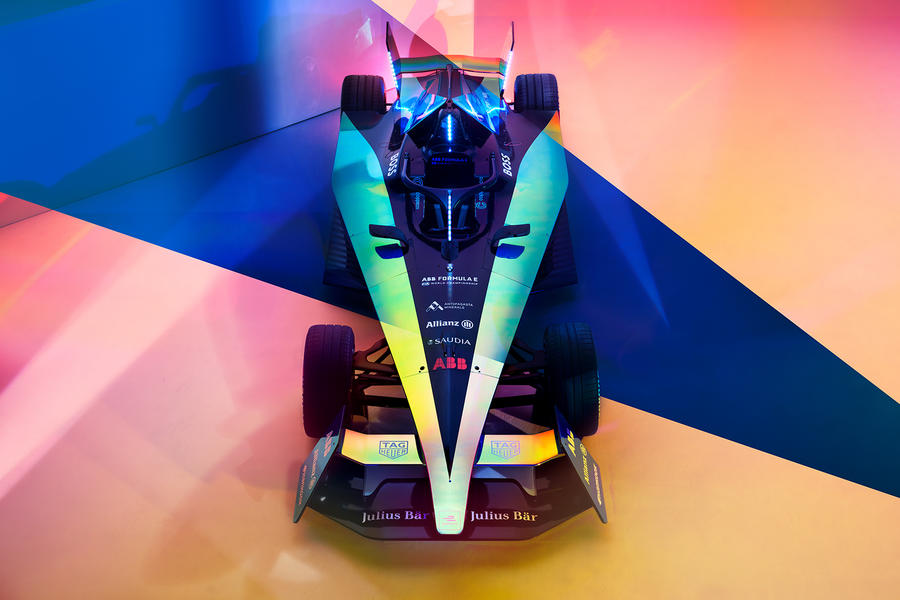 Sustainability has also been bolstered. Batteries will be recycled and reused when no longer needed, while linen and recycled carbonfibre make up much of the bodywork to reduce the car's carbon footprint by more than 10%.

Around 26% of each tyres, meanwhile, will be composed of natural rubber and recycled fibres.

“The Gen3 represents the ambitious third age of Formula E and the ABB FIA Formula E World Championship," said series founder and chairman Alejandro Agag. "With every generation of race car, we push the boundaries of possibility in EV technology further, and the Gen3 is our most ambitious project to date.

“The eyes of the world are on the principality for the Monaco ePrix, and we're proud to reveal a car that has been two years in the making in the historic home of motorsport.

"My thanks go to the great team behind it at Formula E and the FIA. The future of all-electric racing is bright.”

Seven car makers are signed up to race in the ninth Formula E season: DS, Jaguar, Mahindra, Maserati, Nio, Nissan and Porsche. They will joined by motorsport outfits Andretti, Envision and Techeetah.

"Together with the FIA, we're proud to reveal the Gen3 to Formula E fans and demonstrate to the wider sports industry how elite sport, high performance and sustainability can successfully coexist in the ABB FIA Formula E World Championship,” said series CEO Jamie Reigle.

Very sharp design, but I'm surprised there are no aerodynamic covers for the wheels (as for EV road cars). Wouldn't this help to reduce drag? Any experts care to explain this to me?

Very sharp design, but I'm surprised there are no aerodynamic covers for the wheels (as for EV road cars). Wouldn't this help to reduce drag? Any experts care to explain this to me?

While the 3rd generation car was being developed it was considered that the wheel fairings on the older cars would result in contact where, with an open wheel car, the contact might not have happened.  Simultaneously some collisions were causing a retirement due to the robustness of the fairing causing wheel / suspension failure where a bit of wheel bashing between open wheeled cars might not.  Even side-on wall contact could cause a retirement where an open wheeled car might have got away with it for a similar "brushing" contact.

Thanks for explaining the rationale for this!

Replace the F1 race at Monaco with these Cars?, im sure the People who live there would appreciate a quieter race, afterall, it's not about the money at Monaco, if you like, it's a race for the locals!