BACK TO ALL NEWS
Currently reading: Subaru WRX STI S208 Special Edition is new range-topper
UP NEXT
New 2023 Audi A4 Avant undergoes tests in the Alps

Subaru’s WRX STI can be had with more power and quicker responses in Japan with the launch of the S208 Special Edition.

The model, limited to 450 units, gets a 28bhp hike to produce 324bhp from its turbocharged 2.0-litre flat-four.

STI equipment is added as standard to enhance the car’s agility, including a faster steering rack, adjustable Bilstein damping and active torque vectoring for the rear wheels.

The car sits on STI 19in wheels and features a carbon rear spoiler and bespoke front splitter. 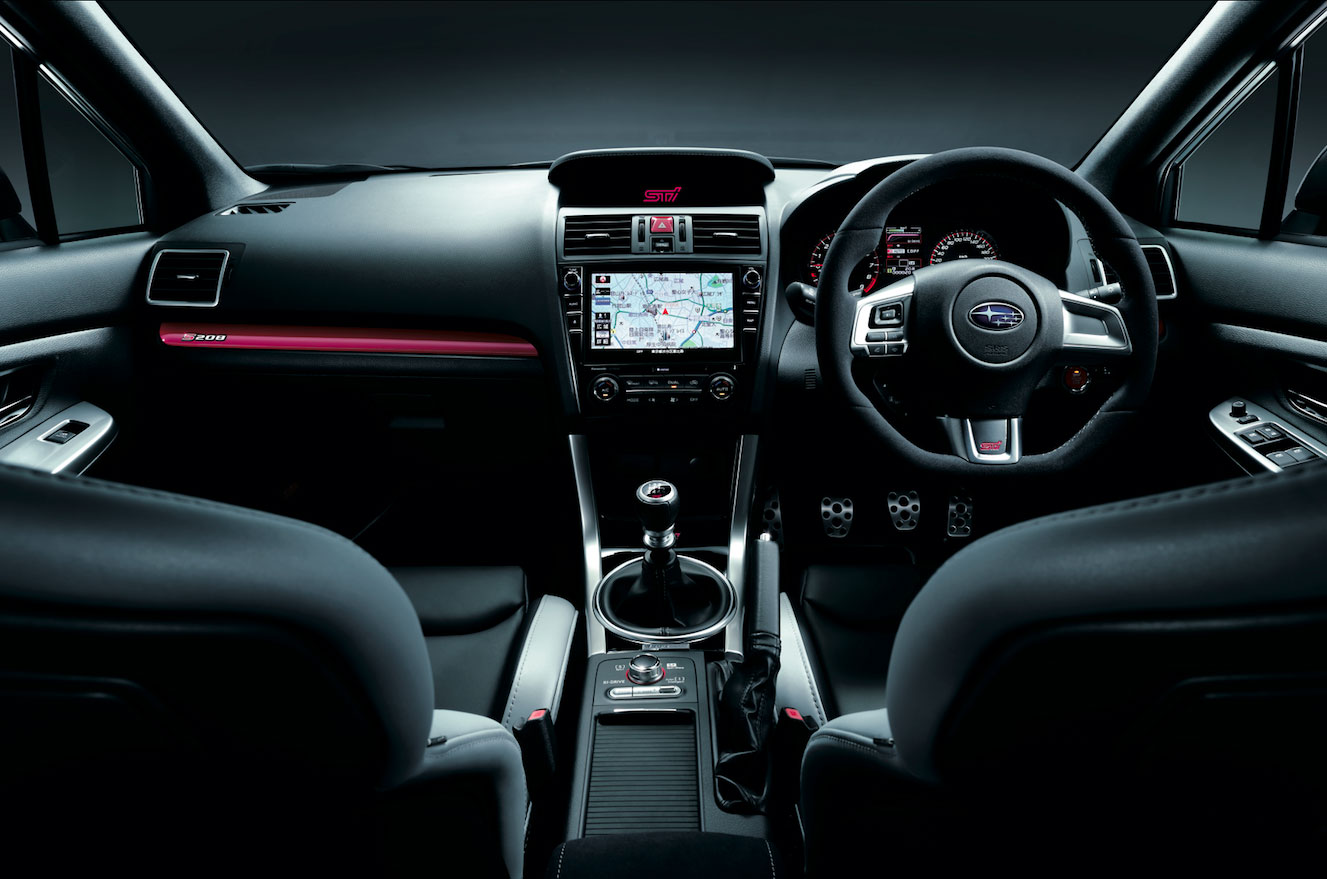 Inside, there are STI Recaro sports seats and bespoke instrument displays designed to emphasise the car’s harder-edged performance.

A limited-run Cool Grey Khaki is also available but only when the car is specified with an NBR Challenge Package. This trim, inspired by the Nürburgring, adds a carbon rear wing and carbon roof.

Subaru’s top-ranking WRX STI will be sold in Japan only, with no plans for it to be offered in Europe at this stage. The car is on show at the Tokyo motor show alongside a BRZ STI Sport and Viziv concept. The latter previews the next WRX.