BACK TO ALL NEWS
Currently reading: Old vs new BMW 3 Series: compare the styling changes
UP NEXT
Southern comfort: Bentley Continental on the English Riviera

We put the new G20 3 Series alongside the outgoing F30 model, to take a closer look at some of the styling changes
Open gallery
Close
Share story

The new BMW 3 Series has been unveiled at the Paris motor show, giving us a first chance to assess the exterior design changes.

As a result principally of stricter crash test regulations, the new G20 3 Series, pictured here in blue, with the outgoing F30 car in red, is longer, wider and higher than its predecessor and also boats a marginally extended wheelbase.

However, BMW’s design team, led by Adrian van Hooydonk, has also developed new styling cues for the car, both to modernise its look and to incorporate new technology features, most notably the large radar integrated on the lower section of the front grille. 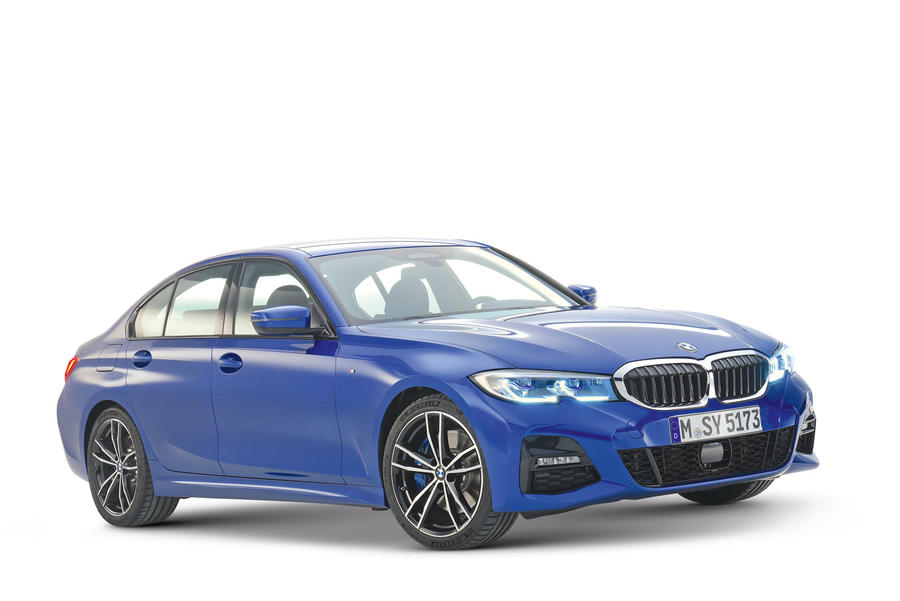 At the front, BMW highlights the single surround that now encases the kidney grille and extends to the front headlights, which are further emphasised by a design flourish on the adjacent bumper design. The vertical bars inside the grille have also been redesigned.

On the bonnet, the new 3 Series has four contoured lines that lead to the kidney grille. Also noteworthy is the integration of the fog lights and some aerodynamic enhancements into the front bumper assembly. 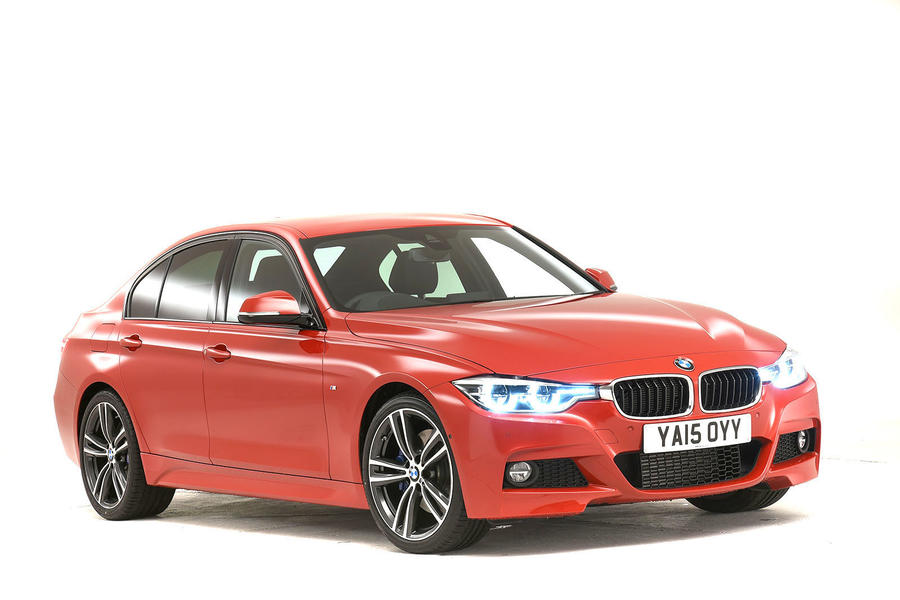 Along the side of the car a pair of creases - called “character lines” by BMW - rise towards the rear of the car at door-handle level, while another line pushes up towards the sculpted rear wheel arches, which are bulged out in recognition of the car’s rear-drive bias. 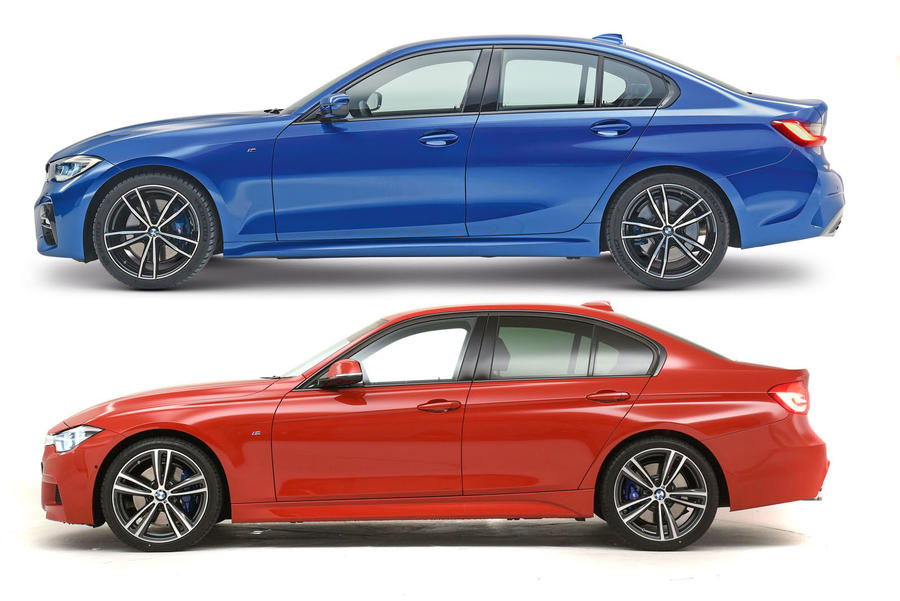 The so-called Hofmeister kink - a BMW design signature - if also evident, running down from the trailing edge of the side window. This element of the window frame is now integrated into the C-pillar, giving the rear doors a free-standing glass edge. 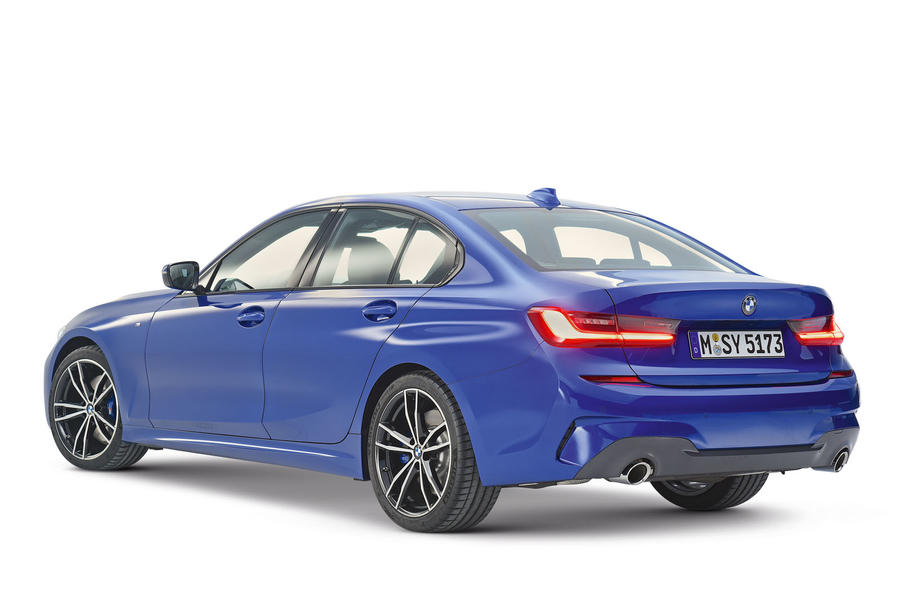 The lines run through the length of the new 3 Series, into the side skirts and rear, extending upwards to the rear lights and on to the spoiler on the boot lid. To emphasise the car’s sportiness. Slim, darkened rear headlamps house L-shaped taillights. 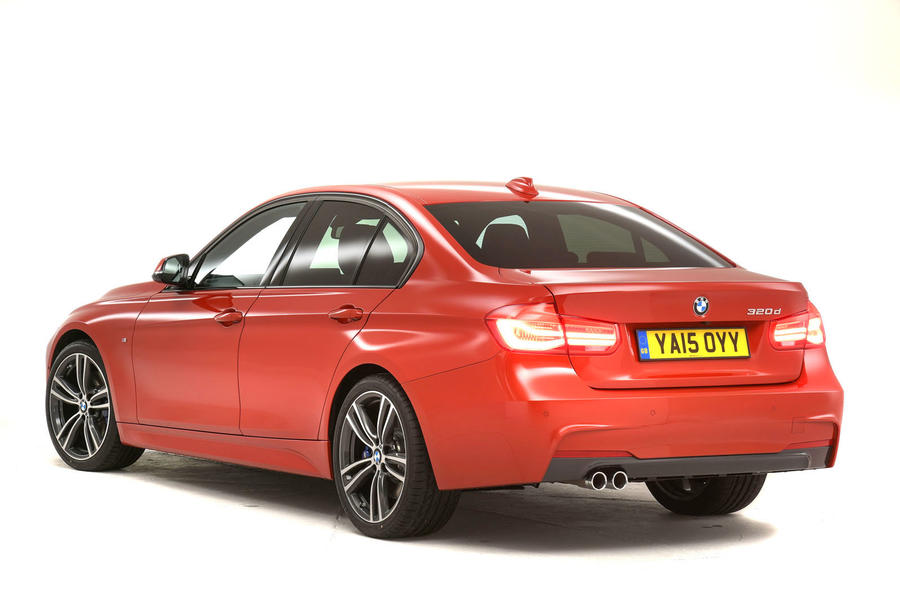 From launch, the new BMW 3 Series will be available in two non-metallic colours and ten metallic ones. The Portimao Blue shown here is only available on the to date best-selling M Sport model.

Inside, the designers have worked hard to accentuate the spaciousness of the 3 Series interior, even though it has only physically grown fractionally in width. Details include running all of the styling lines on the dash round onto the driver’s doors, as well as the inclusion of electroplated trim strips along the width of the dash, to both emphasise the width and break up the wall of dark trim material. 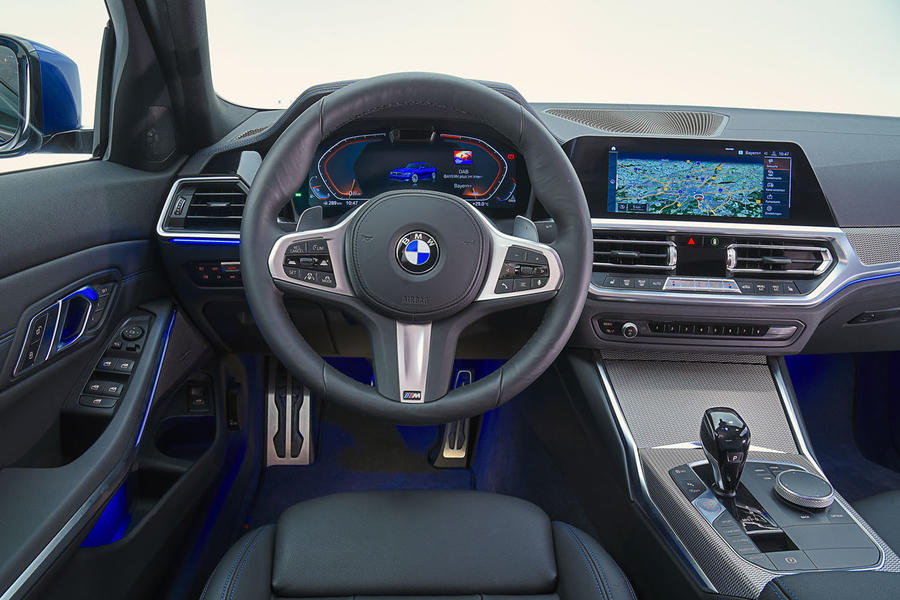 Also of note is the new infotainment screen, and the iDrive control panel which continues to mix a combination of physical shortcut buttons with a rotary controller than is worked in conjunction with the screen. The start and stop button now also sits in the centre of the car, rather than up by the steering wheel.

Interior trim options range from fine woods to aluminium in a variety of treatments. 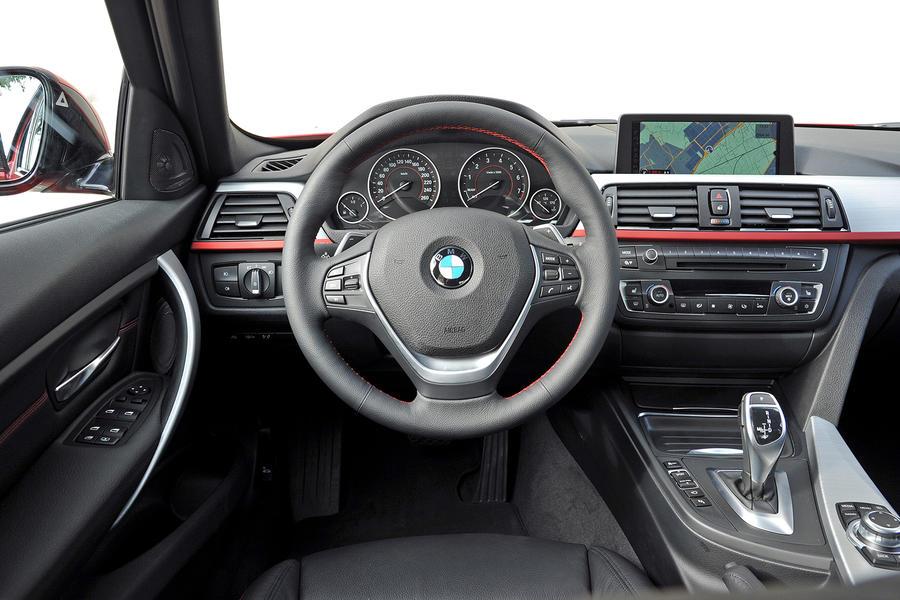 New BMW 3 series tuned to defeat rivals at every level

Updated BMW i3 gets greater range

Well done BMW.  You have produced a new model which looks almost the same as the old one. As most sales nowadays are to fleet buyers, how many reps choosing a 2.0Diesel will know that this is a new car?  Only petrolheads buying the 'upper models' will know.  BMW 3 sales have recently been falling - not because the Mercedes etc is any better, but because it looks different to the previous model.  The new 3 may be a better car than the old 3, but it looks the same.  Why should I rush out and buy it to replace my old 3?  Sales will tell, you watch.