BACK TO ALL NEWS
Currently reading: Hyundai unveils i30 Fastback N
UP NEXT
Land Rover Defender 130 to make debut on 31 May

The Hyundai i30 Fastback N has been unveiled at the Paris motor show, and the firm believes it can fill a gap in the market as a hot C-segment fastback.

The new car also introduces a number of minor tweaks that will be adopted by the i30 N hot hatchback.

Mechanically, the new model is virtually identical to the i30 N, with the same 2.0-litre petrol engine. It will again feature 247bhp in standard mode, or 271bhp with the Performance pack. With the vast majority of i30 N UK sales being the Performance variant, Hyundai has yet to confirm if it will offer the lower-powered Fastback N in this country.

Product manager Adrien Pere said that the decision to offer an N version of the fastback was to target a different audience, saying that it is pitched at buyers “looking more for refinement and sophistication, and a certain kind of understatement”.

Despite the fastback and hot hatch having slightly different target audiences, Hyundai opted against making bigger changes because the firm wants all its N models to have a consistent driving experience. 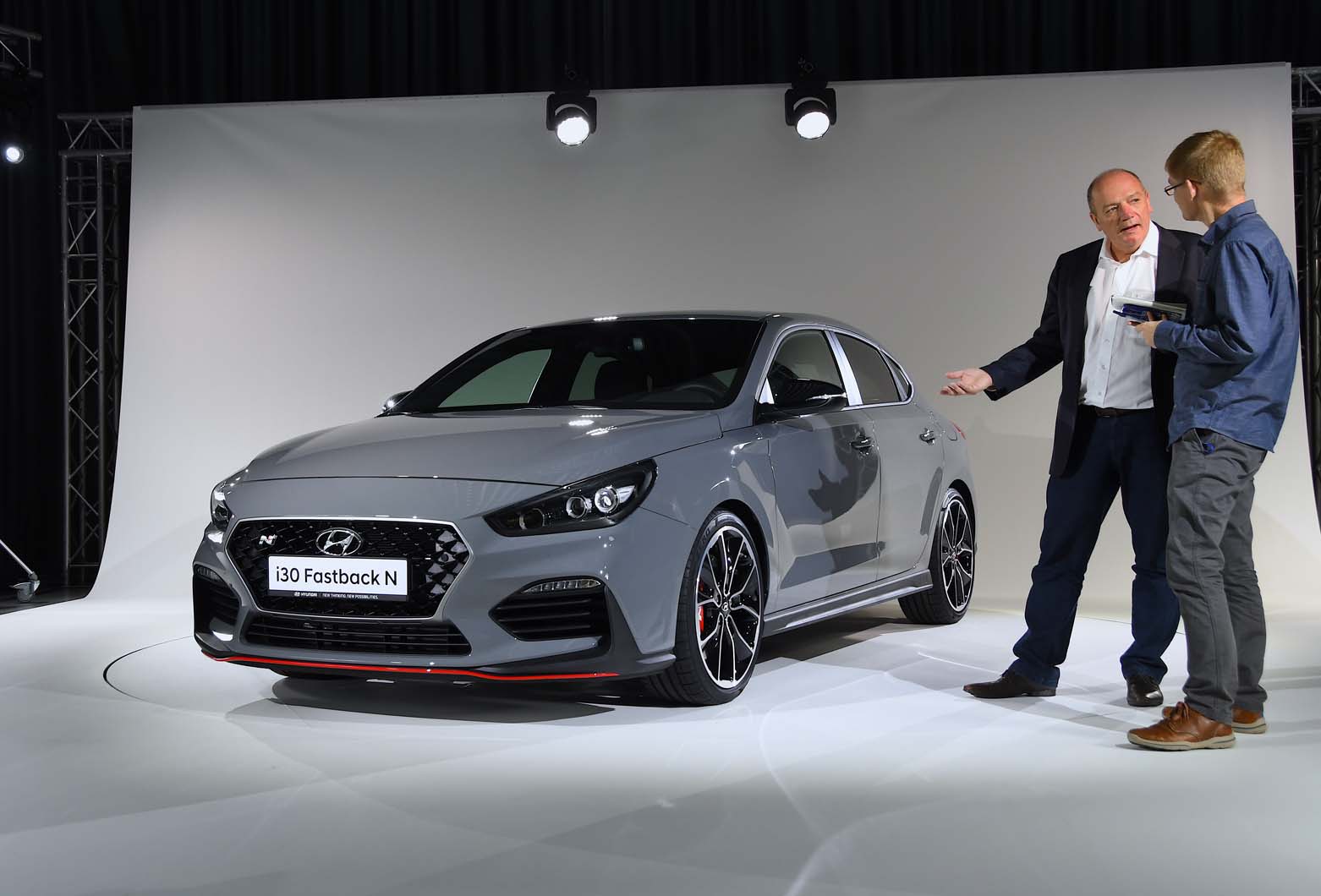 “An N car is an N car,”said European engineering boss Klaus Köster. “We want an N car to stand for everything N stands for: it’s made for cornering and driver fun.”

Köster added that a number of minor changes to the suspension had been made when developing the new car — including work on the bump stops, hydraulics and anti-roll bar settings — with the target to make it “more rounded in some areas and a bit more playful”.

"The i30 N hatchback has been really successful, and worked very well, so we did not have to change much for this car," added Köster. “But Albert Biermann [Hyundai N division boss] always says there is nothing that cannot be improved."

The ‘N’ drive mode setting has also been tweaked. Köster said that the goal was “to bring it back a little”, although he promised that the car was

In terms of exterior design, the car features the same front end as the hot hatch, with a bespoke grille and bumper compared with those fitted to standard i30 derivatives. The rear is a new design specifically for the N model, featuring sculpted exhausts and diffuser, and an aerodynamic spoiler on the boot lid. A triangular central fog-light mimics the similarly shaped third brake light on the hot hatch, to set a design 'signature' for the N brand.

As with the regular i30 N, standard cars get 18in wheels, with 19in versions on the Performance trim. The Fastback also has a larger boot, at 450 litres, compared with the hot hatch’s 395 litres.

Pricing for the i30 Fastback N has yet to be confirmed, but it is expected that, as with the standard Fastback, there will be a small increase over the hatch. That means a price of just over £29,000 for the Performance variant is expected.

Seemingly reliable 'net column inches, forecasting the option of a DCT due 2019 on the i30N. This would answer the criticism of those who do not want/cannot drive the manual gearbox. Also lets Ford know that they should seriously consider an auto option for the forthcoming Focus ST, lacking on the now previous version.

What a great looking car. Really surprised at the unique features they've incorporated, such as the ducktail spoiler. Can't wait to see it in the flesh.
scrap 26 September 2018

Shame if they don’t offer the

Shame if they don’t offer the lower powered version, as this is reckoned to be a better compromise on the road. After all, who takes their new hot hatch on a track?

Shame if they don’t offer the lower powered version, as this is reckoned to be a better compromise on the road. After all, who takes their new hot hatch on a track?

Maybe the changes they've made that will be passed onto its sibling will improve the on road behaviour? Maybe making the performance version the better buy. Agree though, how many are actually taken onto a track, track handling should be sacrificed for on road behaviour.