The Audi RS3 saloon has been shown at the Paris motor show, alongside a racing version called the RS3 LMS.

Based on the Audi standard A3, the RS3 is the first vehicle released by Audi’s rebranded Audi Sport division, formerly Audi Quattro GmbH. It’s the first of eight Audi Sport vehicles that will be released over the next 18 months.

Power comes from a lightweight, five-cylinder, 2.5-litre engine most recently used in the TT RS. This engine produces 394bhp, meaning this new car has 32bhp more than the previous generation RS3 hatchback. Torque figures rise by 11lb ft to 354, sent to all four wheels through a seven-speed dual-clutch transmission. All of that means acceleration stats of 4.1sec to 62mph, and a top speed electronically halted at 150mph.

The RS3 sits 25mm lower than the A3, and reigns back its extra performance with 370mm front brake discs and eight-piston calipers behind 19in wheels. Carbon ceramic discs are on the options list. The front track has been widened by 20mm the rear by 14mm. 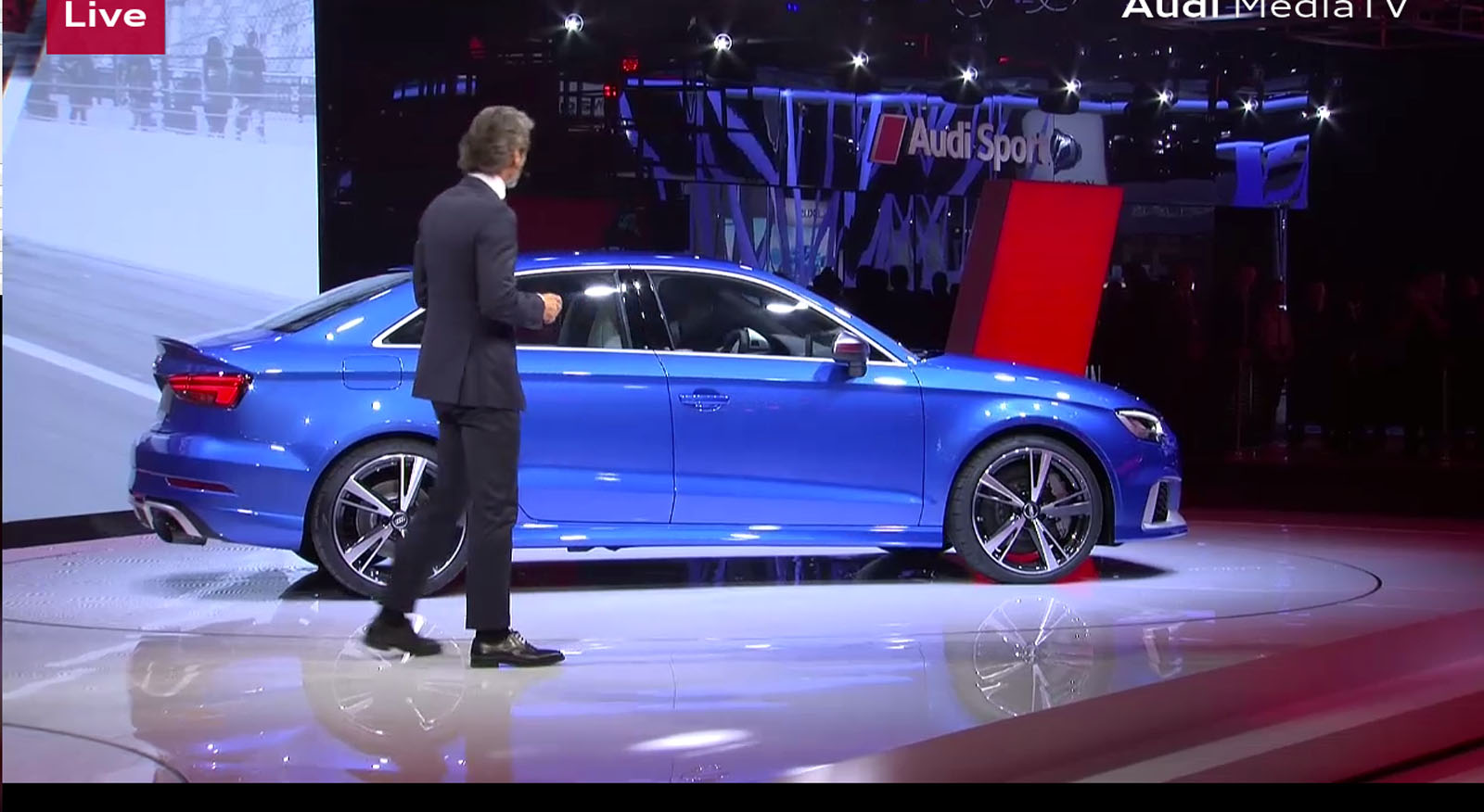 Visually, the RS3 has beefedup bodywork to cope with the wider track, and plenty of RS-specific details, including a quattro logo at the bottom of the grille surround and an aerodynamic blade across the bottom of the bumper that funnels air through the wheel arches. The boot lid has a fixed spoiler and a diffuser below it on the bumper. The RS3 comes only in Nardo grey or Catalunya red, with a black leather interior and RS logos on the backrests. A flat-bottomed steering wheel adds to the sporty feel, and illuminated door sills add some pizazz when the doors are open.

The Audi Drive Select handling system allows drivers to choose from different modes for the car, from Comfort to Auto to Dynamic. This affects the set up of the steering, gearbox, engine management and exhaust flaps, which control how noisy the exhaust is. RS Sport Suspension Plus, with adaptive damper control, is available as an option.

All-paw mega-hatch gets even more power — and a higher price, pushing it even further towards the premium end of its segment

An RS setting on the digital dashboard shows the tachometer large in the centre, with information about tyre pressures, torque and G-forces, as well as coloured prompts to shift when in manual transmission mode. 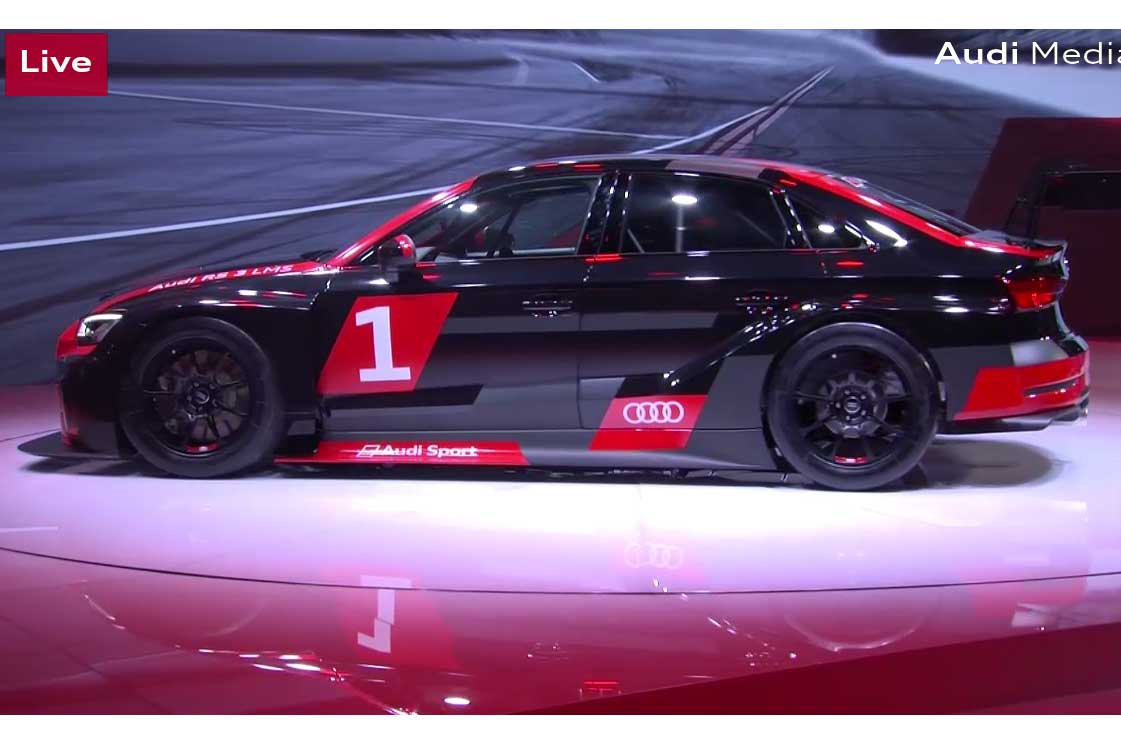 The RS3 LMS racing car will make its debut on tracks around the world from 2017, and opens up the customer racing market for Audi Sport to an even broader base.

The brand is particularly targeting the relatively new TCR (touring car racing) category of motorsport, which forms the basis for series being founded across the globe. Audi believes it has even more potential than the GT3 category, in which Audi has had considerable success with its R8 LMS.

i want it so much

This looks so much better

This looks so much better than the hatch, I really like it!
BigZoot 29 September 2016

badly want one of these, please can someone buy me one?
View all comments (4)