BACK TO ALL NEWS
Currently reading: Special-edition Kia Stinger GTS gets drift mode
UP NEXT
Land Rover Freelander vs Discovery Sport: 25 years of baby Landie

The US-only Kia Stinger GTS introduces a drift mode to the grand tourer, a feature likely to extend to standard Stinger GTs when the model is updated in 2020.

While Stingers sold in the UK are only sold in rear-wheel drive form, four-wheel drive is available in other markets. However, this limited-edition Kia Stinger GTS has a newly developed dynamic all-wheel drive system that adds drift mode, a feature popular with owners of performance cars.

Kia said that despite the accolades the Stinger has received, R&D boss Albert Biermann “strived for more”. The result is a new version of the Stinger’s four-wheel drive system “peppered with rear-wheel drive DNA”. Called D-AWD, it’s intended to close the gap in behaviour between the existing AWD and RWD Stinger GTs. 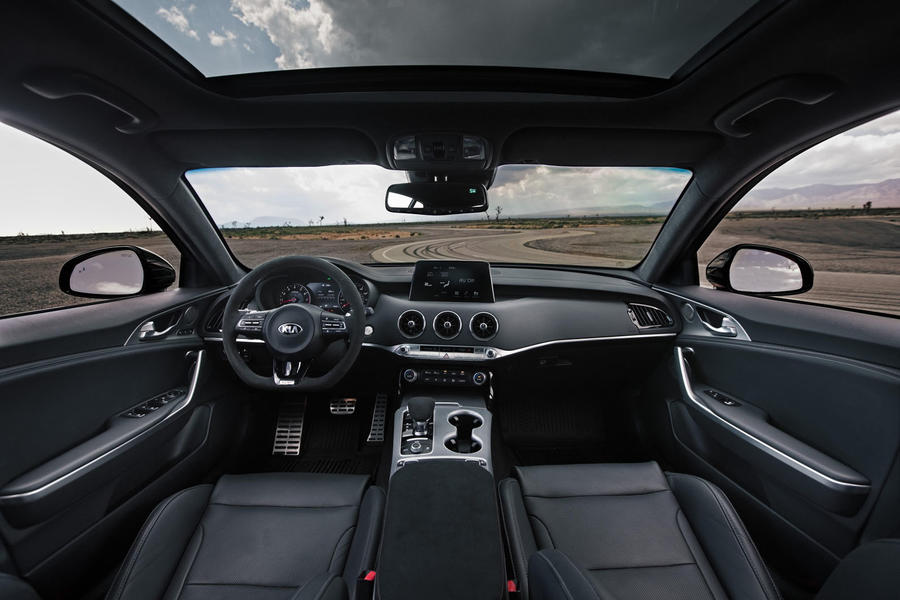 The Stinger GTS uses the same powertrain as the standard Stinger: a 3.3-litre twin-turbo V6 with 365bhp and 376lb ft of torque, paired to an eight-speed automatic gearbox.

Revealed at New York motor show, the special edition, which is limited to 800 units, has bright orange paint, uses carbonfibre parts around the 'tiger nose' grille and side vents and gets a GTS rear emblem. Inside, the steering wheel and centre console are trimmed in Alcantara, while it also features a sunroof and Harman Kardon audio system.

All the news from the New York motor show