BACK TO ALL NEWS
Currently reading: 2017 Toyota GT86 on sale this October, from £25,495
UP NEXT
FIA details all-new electric GT racing category

High on the refreshed model's list of improvements is a revised intake and exhaust system, which Toyota says delivers a more linear torque delivery on manual versions of the GT86, while tweaks to the shock absorbers are said to boost stability. Both ride and rigidity have been improved with the addition of more spot welds on the rear pillars. Upgraded shock absorbers will also now feature in the options list. 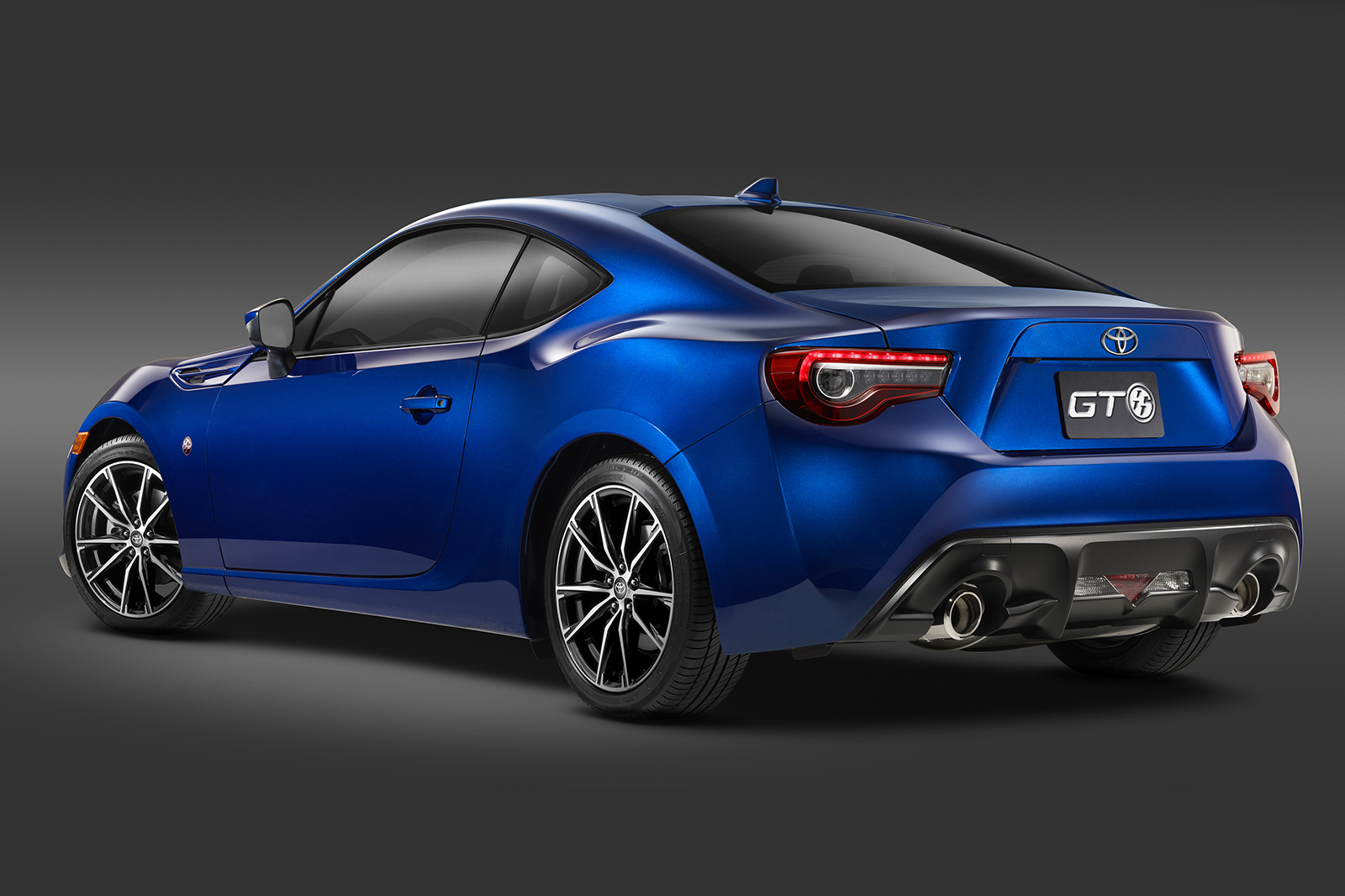 Toyota says the aerodynamics of the GT86 have been improved thanks to revisions across the car's exterior, while inside a 362mm-diameter steering wheel - the smallest the brand has ever used - and a 4.2in infotainment screen, which is now standard on GT and GT Limited models, top the improvements. The new screen can show performance-orientated statistics such as live G-force loadings and power and torque patterns, in addition to more practical information such as fuel economy.

In a bid to make the GT86 feel more premium, Toyota has added new leather and Alcantara upholstery to the cabin, with soft-touch suede-effect material on the door trims. Added to the options list is new cloth upholstery with contrasting silver stitching. 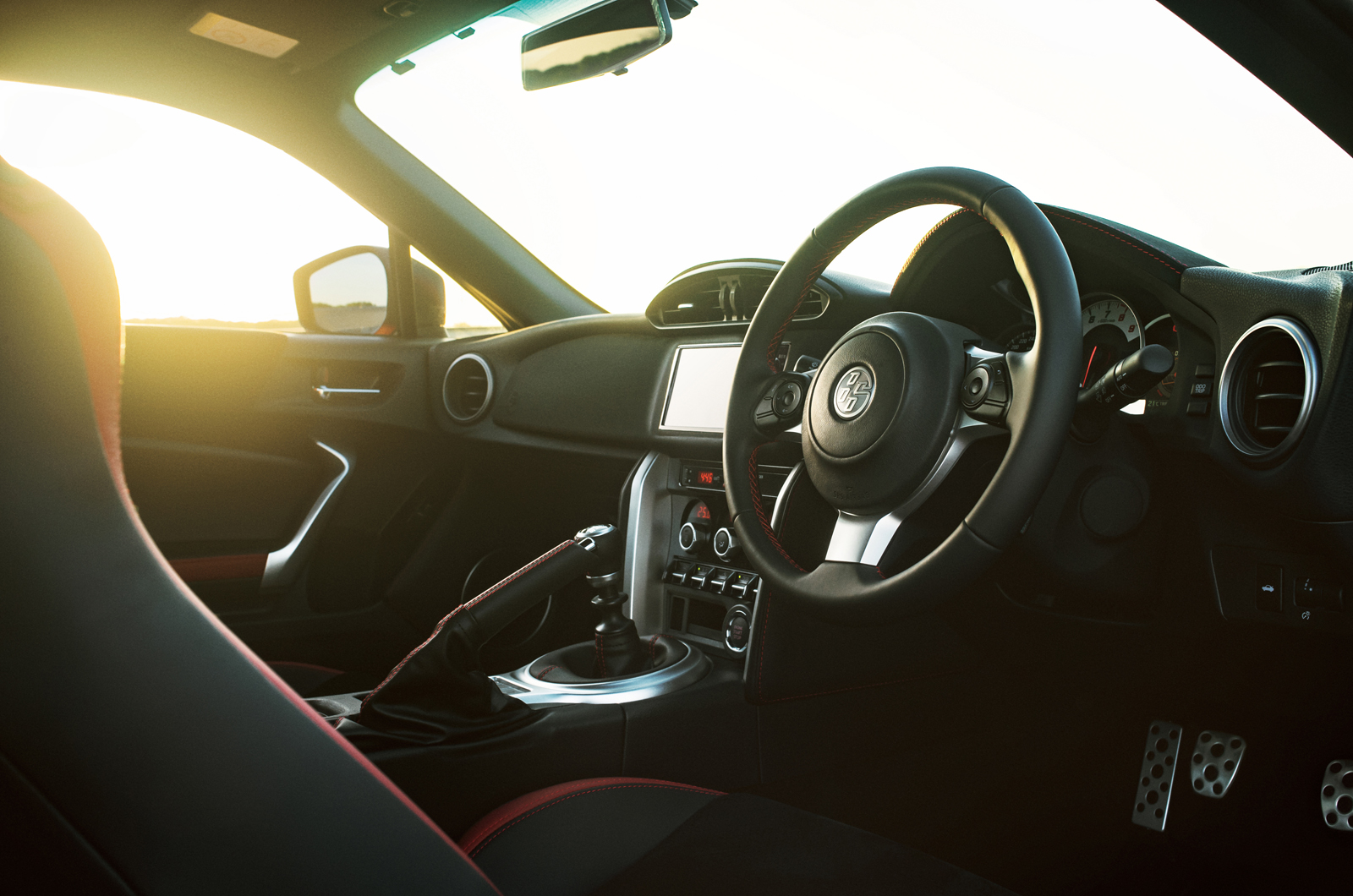 Aesthetic changes to the exterior include a restyled front bumper with new three-slat inlets and LED headlights. The car also sits on new 10-spoke alloy wheels.

The car's new starting price increases over that of the outgoing model by a substantial £2795.

The Toyota GT86 is an Autocar favourite, read why we love this small coupé

A short while ago I seriously considered buying a GT86, I had a car for a full day and was very much intrigued on the back of all the praise that was showering down from the 'enthusiast' motoring press. I didn't buy one, and the power output was not the issue. Since when has 197bhp not been enough? It is how it delivers the power that wears thin. It is balanced perfectly and the driving position is second to none, but the details ruin the thing for us mere mortals that can only afford one car and have to use the thing every day.

The little problems seemed exacerbated by one big one- the price. For this sort of money it has to do better than the naff cockpit it offers, including the surely ironic inclusion of that clock, a staggeringly user unfriendly satnav that you need a cocktail stick and a Masters in Electronics to operate, a bizarrely designed dial speedo when there is a digital one embedded in the rev counter right next to it, and utterly lame soundproofing. Maybe a driver focused track car was the aim, and on that front alone they succeeded, but then the bean counters told them to give it wider appeal with a £6.30 per car budget and it muddied exactly where this car is positioned and who it is aimed at. It has never a looker but this facelift has made it worse. Too much of the car has an aftermarket whiff about it and those new three slat inlets only add to the Fast & Furious image it is struggling with.

I wanted to love it. My wife knew before we went to the showroom I was prepared to make some compromises. But what I learned is unless I got my game face on every time I went near it then drove around like I had a Catherine wheel in my pants I had to walk away. A modern interpretation of the Celica, offering eighty percent of the fun of this but with a hell of a lot more percent of 'I can live with and use this every day' could be the sweet spot.

I got my FR-S with the upgraded exhaust, intake, lowering springs and the TRD supoercharger, upped the HP from the stock 200 to 275....its plenty fast enough....the only thing I would want is wider tires, which I will be getting once the original tires wear out...I've beat an STI or two, and love taking down EVO's...and especially Caymans and 6 cylinder Stangs and others. Its fast, but there is plenty of cars it cant beat...
Fox Terrier 30 March 2016

Totally agree with the previous comments that this car does not need more power. It's spot on as it is. Where is lacks is in marketing. It's got the power it needs to be driven in the way a car should be driven. Wakey wakey! Everyone's watching too many car videos of cars being thrashed around empty roads in Wales or on race tracks. The real world isn't like that and this car's got plenty enough power for the real world. And it's got enough power to go drifting on a track if needed. The marketing people have fooled everyone into thinking power is everything, and maybe with some cars it is - but not this one!
View all comments (13)