Jeep has revealed the Gladiator, its new heavy duty pick-up truck based on the Wrangler, at the Los Angeles motor show.

The new machine, the first pick-up Jeep has produced since the Comanche went off sale in 1992, is designed to cash in on the hugely lucrative and growing North American pick-up market. It will go on sale there next year, although it is not known if there are any plans for it to come to Europe yet.

The Gladiator has been designed to marry the Wrangler’s off-road ability with the practicality of a pick-up, with Jeep boss Tim Kuniskis saying that it combines “combined rugged utility, versatility and functionality”, and was developed due to “tremendous demand” from customers. 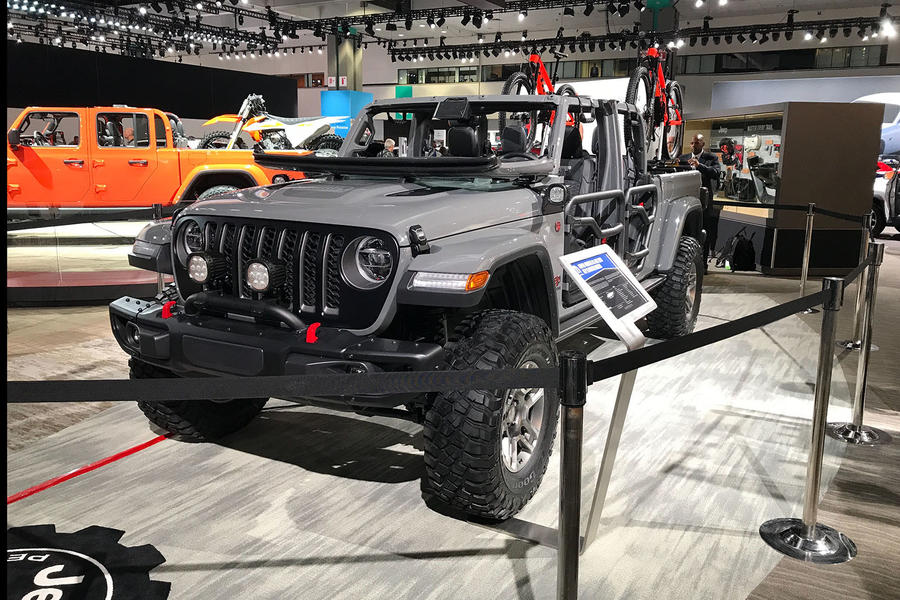 The pick-up features the same body-on-frame chassis design as the Wrangler, and takes heavy styling cues from the off-roader. That includes the familiar headlight and front grille design, although it features extra ventilation to help cool the engine when it is being used for towing.

The Gladiator is 787mm longer than the four-door Wrangler and, in Crew Cab configuration, features a 1524mm load bay. Jeep says the Gladiator can carry loads of up to 725kg, and has 4370kg of towing capacity. 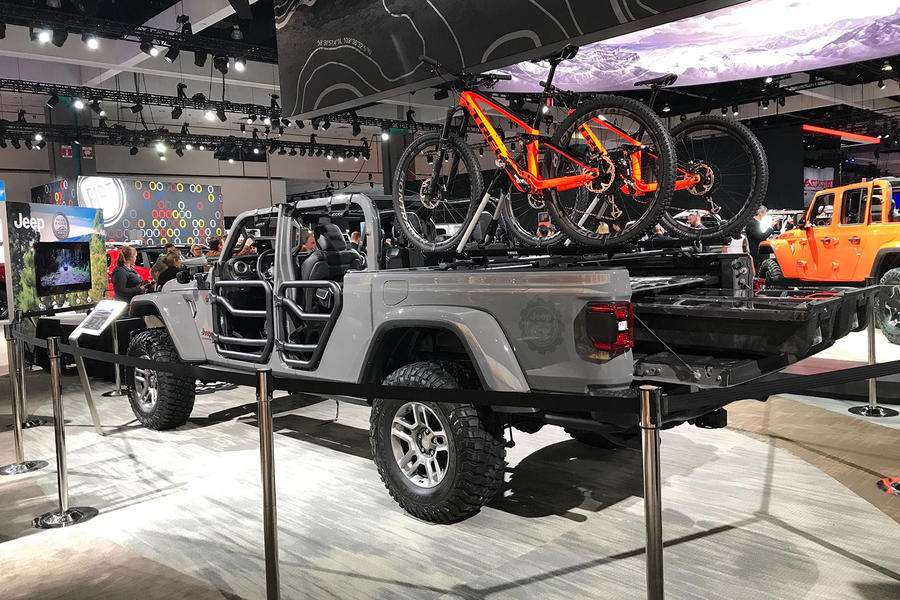 It will be offered with either a 3.6-litre V6 petrol or, from 2020, a 3.0-litre V6 diesel engine, with eight-speed automatic or six-speed manual gearboxes offered.

Depending on spec, two different all-wheel-drive systems are available, with both offering full-time torque management. It will be available with electric front- and rear-axle locks, a limited slip differential and electronic sway-bar disconnect.

The interior features LED information displays up to 7inches in size depending on spec, along with an smartphone-compatible infotainment touchscreen of up to 8.4 inches, plus a number of USB and power sockets.

The Gladiator will be built at Jeep’s plant in Toledo, Ohio.

The history of Jeep pick-ups

Priced reasonably in the USA, Jeep UK are considering a local price (if imported) of a F35 strike fighter.

Priced reasonably in the USA, Jeep UK are considering a local price (if imported) of a F35 strike fighter.

If imported to the UK, pricing might be more reasonable than you suggest - more in line with an Apache attack helicopter perhaps?

I can’t see Jeep bringing this to the UK, given that its load capacity and towing ability are low compared to existing pickups on the market. Factor in the predictable substantial price premium and how many commercial users would be interested? That leaves a few ‘trinket’ sales and Kahn special editions. Given that Jeep wish to greatly increase European sales, I still don’t understand their Wrangler pricing policy.

In the world of American

In the world of American trucks, "heavy duty" is a term of art that does not apply to the Jeep Gladiator.  It has half the towing capacity of typical HD trucks.

All very fluffy - but just

All very fluffy - but just what the heck are you going to carry in that small rear bay (dirt bikes are not it) ...better to have a two door single cabin with a longer load bay so something real can be carried....its supposed to be a truck...

It's too large.  The

It's too large.  The converted Wranglers in the US have simply used a four-door and made it look functional and neat.  This from Jeep is just too big.  They wouldn't sell any in the UK at all!

Seriously guys, Jeep has this spot on! It's for wealthy high school teenagers and alternative lifestyle wannabes. It being disfunctional, unreliable and built to the lowest possible quality parameters is immaterial. Oh and don't get me started on its safety level. No shortage of buyers here in the USA!