Jeep's Nissan Qashqai rival makes its public debut in LA following a first unveiling in Brazil; it arrives in Europe in the second half of 2017
Open gallery
Close

The Jeep Compass has been revealed at the LA motor show, with the Fiat-Chrysler SUV brand dubbing it "the most capable compact SUV ever".

The all-new Compass is designed to replace not only its own predecessor but also the Jeep Patriot, its near relative.

Similar in size and price to the Land Rover Discovery Sport, the new Compass will be made in India, China, Mexico and Brazil and eventually sell in more than 100 countries. Styling is instantly recognisable as a Jeep, designers claim, via traditional cues that include a clamshell bonnet with traditional centre bulge, muscular front wings and rear shoulders, and a new take on the traditional seven-slot Jeep grille.

The Compass will make its European debut at the Geneva show next March and is expected to arrive in European showrooms at the beginning of 2018. 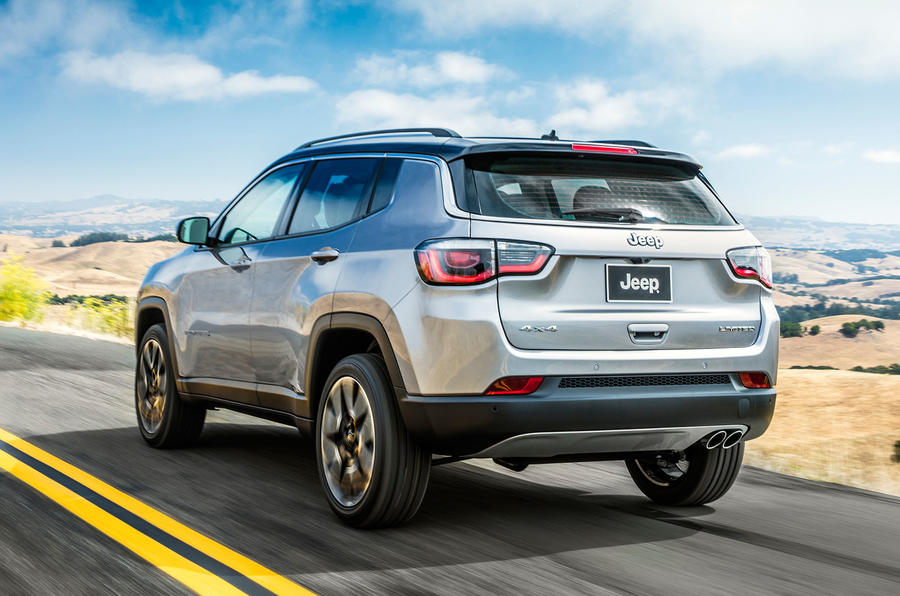 In the US, the Jeep Compass will come in four trim configurations in ascending price order: Sport, Latitude, Limited and Trailhawk. Both two and four-wheel-drive versions will be offered, and 4x4 buyers will also be given a choice of an Active Drive system or an Active Drive Low set-up, the latter a class-exclusive full-time 4x4 system that incorporates a 20:1 crawler ratio.

The Compass range uses FCA's 'small, wide architecture', which uses 65% high-strength steel in a single monocoque structure. The suspension is by independent struts front and rear, with dampers by Koni, and the steering is electrically power assisted. As well as class-best off-road ability, Jeep also claims superior on-road ability.

Jeep will offer the Compass with five engines - three petrol and two diesel - but isn't giving details of European engine options until Geneva. However, given that the Compass uses the same architecture as the smaller Renegade (at 4394mm, it's about 250mm longer), it is likely to share the smaller car's European engine options, which include a 1.6 E-Torq petrol engine and 1.6 and 2.0-litre Multijet diesel engines.

The Jeep Compass is a rebadged version of the old Dodge Caliber. It is a poor Kuga or Qashqai alternative by most measures

The flagship US engine is the proven 2.4-litre normally aspirated 16-valve four, complete with Fiat-developed Multiair2 induction. Outputs of 180bhp and 175lb ft are directed through a choice of three transmissions, a standard wide-ratio six-speed manual gearbox for all versions, a class-exclusive optional nine-speed automatic for 4x4s or a six-speed optional automatic for two-wheel-drive models.

The flagship Compass is the Trailhawk, which gets the Tigershark 2.4-litre engine as standard. It is raised 20mm and has special higher-clearance front and rear bumpers (plus signature red tow hooks) that give it better arrival, departure and break-over clearances than the other models. It also has better fording depth (around 490mm). Standard 'aggressive' off-road tyres are fitted to 17in wheels, and the Trailhawk's mode selector includes a unique Rock mode. 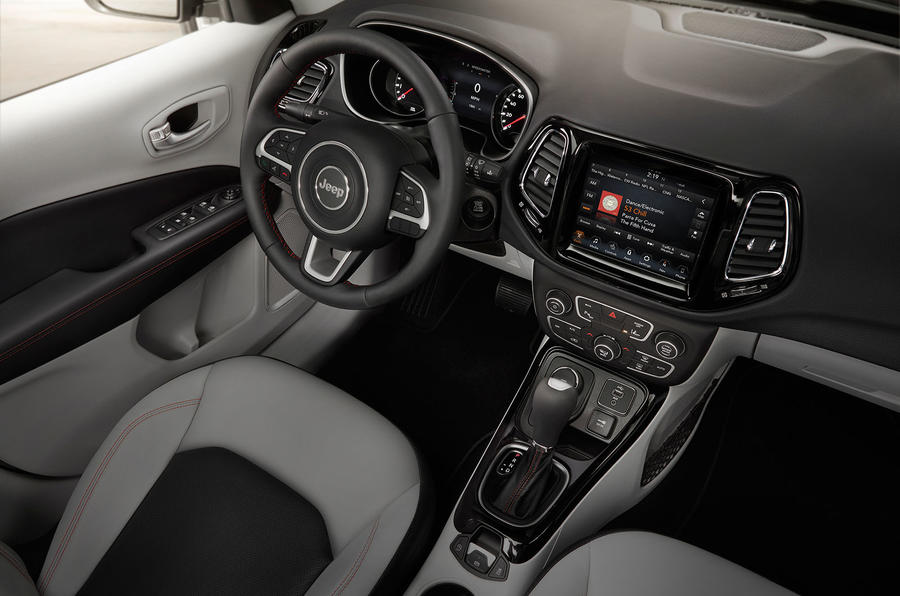 Both systems incorporate a hill descent control that also adapts the cruise control system to govern descent speeds in more extreme conditions. Both 4x4s also allow the selection of Auto, Snow, Sand and Mud modes and are capable of sending 100% of available torque to one wheel if necessary.

There's even a freewheel function for the rear wheels when all-wheel driving isn't needed in order to reduce mechanical drag and thus improve fuel consumption, although rear-wheel drive re-engages instantly when needed.

Inside, the Compass goes for premium treatments that vary according to model. The centre console houses a 5.0in, 7.0in or 8.5in touchscreen according to model, and all models get an electronic parking brake. The steering wheel features integrated audio, voice and speed controls and US buyers get a choice of four screen-based infotainment systems that integrate Apple or Android smartphones.

Jeep claims more than 70 safety features, including forward collision, lane departure and rear cross-path warnings, plus blind spot monitoring. The Compass goes on sale in the US in the first quarter of 2017 and is expected in Europe in the second half of the year.

needs to be a vast improvement

as I hope that it's better than the Compass that I had as a 2 week rental in September in the US ... That was a piece of junk even though it only had 700 miles on it when I got it. Build/ paint quality was poor - I certainly would not have bought one.
supermanuel 17 November 2016

Cropley says "Similar in size and price to the Land Rover Discovery Sport" which is confusing. Isn't the Cherokee the Jeep that competes in that class? The Renegade is the small Jeep, the Cherokee the medium sized Jeep and the Grand Cherokee the large Jeep. Where does this fit in? Is there really enough 'air' between the Renegade and the Cherokee to squeeze another entire model?
wmb 17 November 2016

Cropley says "Similar in size and price to the Land Rover Discovery Sport" which is confusing. Isn't the Cherokee the Jeep that competes in that class? The Renegade is the small Jeep, the Cherokee the medium sized Jeep and the Grand Cherokee the large Jeep. Where does this fit in? Is there really enough 'air' between the Renegade and the Cherokee to squeeze another entire model?

I was thinking the same thing! The only thing that would make since, is that the Cherokee would go up in size on its redesign in a few years. This would make it more directly compete with the Ford Edge (and Nissan Murano on size, if not on interior appointments and luxury aspirations), but still not too big to over lap the Grand Cherokee on size and price.

Looks good, like a mini grand Cherokee. I would always be wary of the build quality unfortunately and spend my money elsewhere.
View all comments (4)