BACK TO ALL NEWS
Currently reading: Hot Karma Revero GTS achieves 0-60mph in 3.9sec
UP NEXT
Future BMW M3 to be ‘groundbreaking’ EV with traditional feel

Karma has revealed the Revero GTS, a performance version of the Revero GT that promises a 0-60mph time of less than 3.9sec. The unveiling at the Los Angeles motor show follows that of the regular Revero GT in Shanghai earlier this year.

The Revero GTS uses the same powertrain as the standard model – two electric motors and a turbocharged three-cylinder petrol engine acting as a range-extender – but with a number of performance upgrades, including quicker acceleration, electronic torque vectoring and a top speed of 130mph. It promises the same 80 miles of emissions-free driving as the Revero GT. No other performance details have been announced yet.

There are three driving modes: Stealth, Sustain and Sport. Stealth is used for electric-only driving, Sustain turns on the range-extender to preserve battery charge and Sport combines the output of the battery and engine for “maximum driving performance". In both the GT and GTS models, Sport includes a launch control function.

The interior is upgraded for the GTS with carbonfibre trim, an in-house audio system called Soloscape and haptic tactile switches on the steering wheel. It has ventilated seats, a “more energy-efficient” touchscreen and active noise cancellation. Wood inlays come from naturally felled trees in California and leather is supplied by Bridge of Weir. 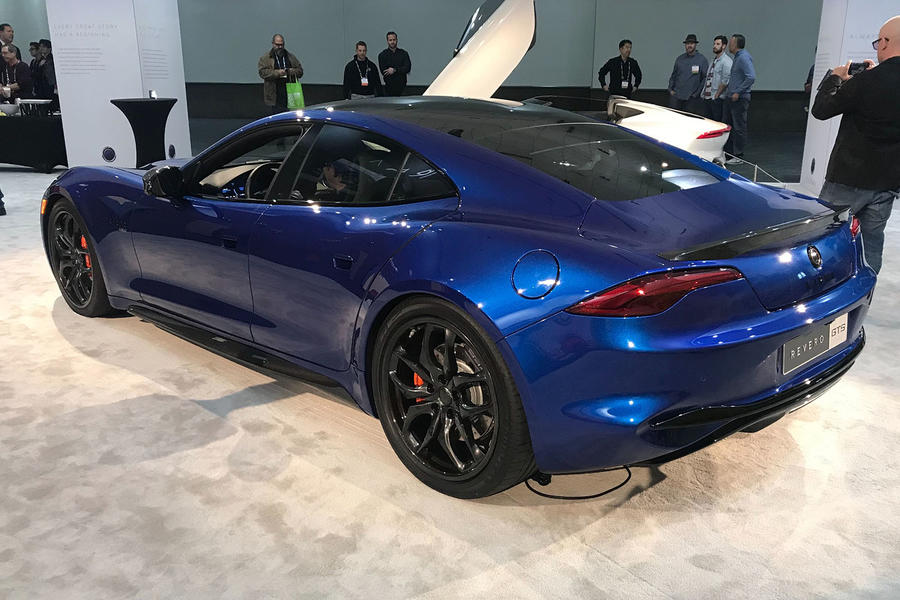 The Revero GT is bound for Europe and expected to cost around £100,000 here. There’s no word on whether the GTS will follow, but it would seem likely.

“The Revero GTS is a special continuation of the success of our definitive luxury electric Revero GT,” said Karma CEO Lance Zhou.

“The GTS offers enhanced performance for the driving enthusiast, adding diversity to our growing product range. All our vehicles are hand-built in our $100 million Karma Innovation and Customisation Centre here in Southern California, providing customers with the ultimate in personalisation and customisation.”

The original Revero, launched in 2016 and sold only in North America, was a heavily reworked version of the Fisker Karma.

All the news from LA motor show