BACK TO ALL NEWS
Currently reading: Driving the iconic Honda NSX R at Goodwood
UP NEXT
Fisker goes radical with Pear EV SUV

Honda’s racy Type R brand turns 25 this year, which was reason enough for them to assemble a group of Type R models to run up Goodwood’s hill to mark the occasion.

The first car was the 1992 Honda NSX R, so Honda duly arranged one, and it fell through. There aren’t many around, as you might imagine, given it was a Japan-only model and only fewer than 500 were made. Astonishingly, at the start of this week a UK owner said Honda could borrow his and, more astonishingly still, let other people drive it.

What’s it like, then, this lighter, harder version of the NSX – a car that, even in standard form was blisteringly entertaining in its day? It’s wonderful, obviously.

The great things about the regular NSX remain intact. You can see out of it easily. The scuttle is low, the doors open wide and there’s a large glass area. By modern standards it feels incredibly compact; following a latest-generation Civic Type R down to Goodwood’s start line, you feel fairly dwarfed by the modern hatchback. 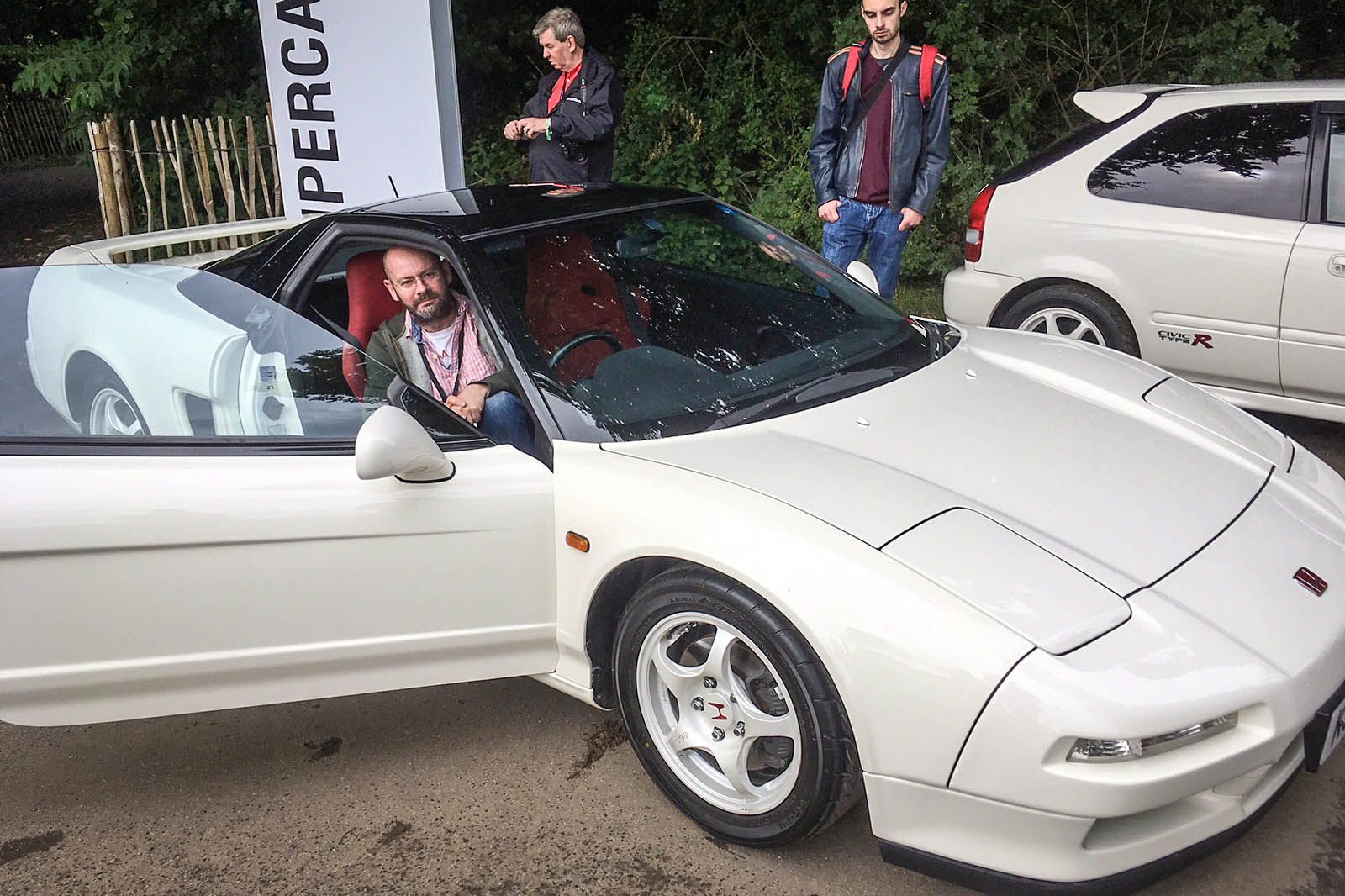 The regular NSX, aluminium-bodied as it was, was never a heavy car, but the R still came in some 120kg lighter, at merely 1230kg – lighter by a bit than today’s Toyota GT86, which is no bad going given the materials of the day and the fact that it’s powered by a 3.0-litre V6.

That sits in the middle, and drives the rear wheels through a wonderfully mechanical-feeling five-speed manual gearbox.

The opportunity to test all of those on Goodwood’s hill is limited when you’re in a convoy being led up for display purposes – especially in somebody else’s precious classic supercar. I’m led up, slowly, by BTCC driver Matt Neal, leading a train of Type Rs in the latest Civic, relatively gingerly. I can tell you the gearshift in the NSX R is terrifically positive and mechanical, the steering wonderfully direct, and the cornering balance firm, stable, agile. But I can’t tell you what the NSX R is like when it comes alive. 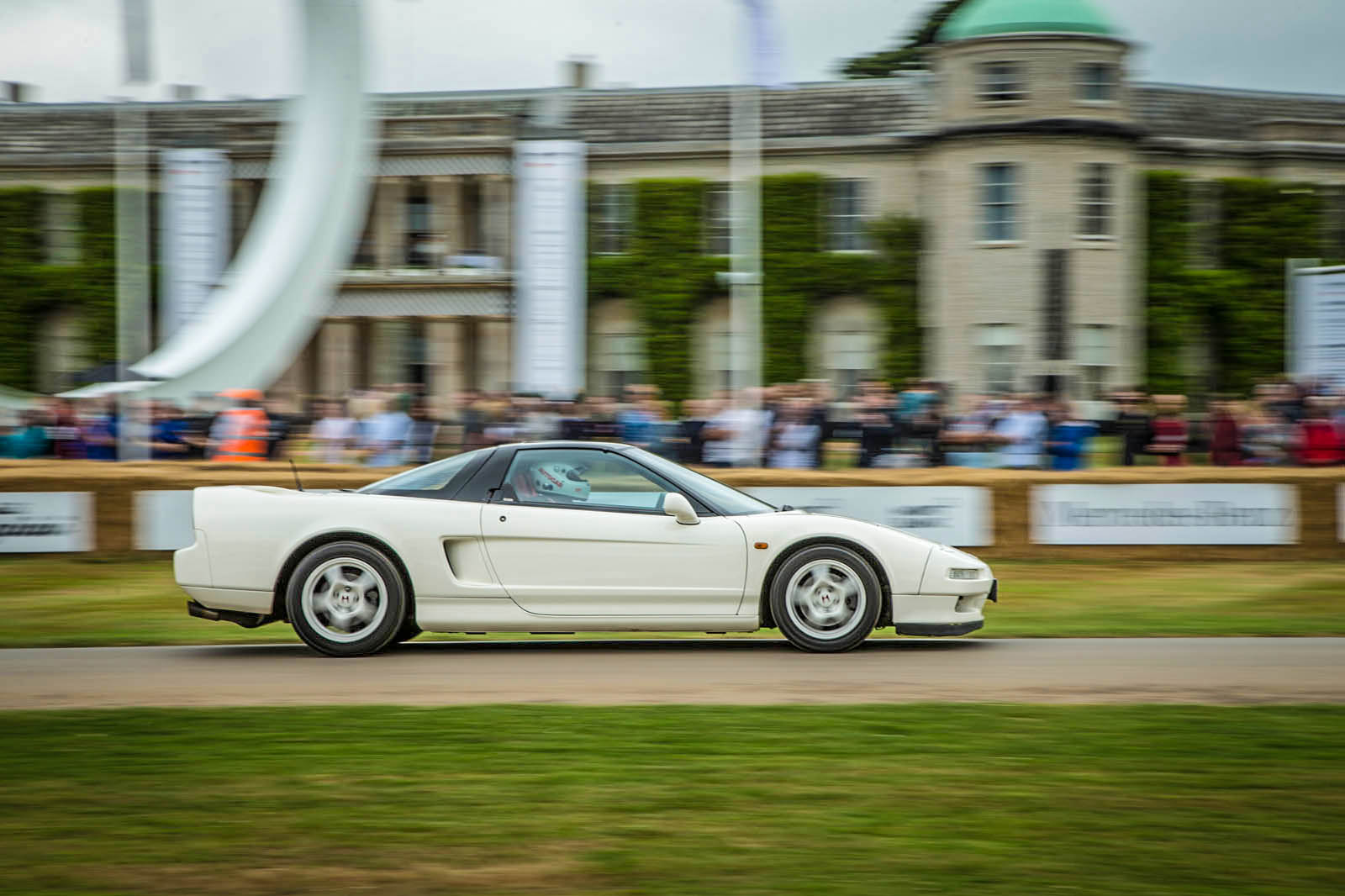 Until, that is, Neal passes onto Goodwood hill’s final straight, which runs up to and past the finish line, and on to a holding paddock. And, finally, he lets the Civic loose.

It’s a mark of how far things have come that the latest Civic would, I’m convinced, leave an NSX R for dust on a circuit. But as Neal disappears, I’m aware one small window in a car I will probably never drive again has opened up.

By today’s standards an NSX R’s 3.0-litre engine, officially still only making 276bhp even though it was blueprinted, is piffling. But by gum: give it the lot and the sound, the response, the smoothness and everything wonderful about Honda’s naturally-aspirated engines comes to life. It's not a long experience, but it doesn’t need to be, to know that the NSX R is one of the all-time greats.

Looove these. Check out the master Tsuchiya driving these on several Best-Motoring tests on YouTube, and you'll see they were capable of keeping up with far more powerful machinery.
k12479 29 June 2017

There were 2 NSX-Rs, the early 90s one and an early noughties one. Must be a bit of difference between those too.