BACK TO ALL NEWS
Currently reading: Volvo XC40 examined in detail ahead of Geneva debut
UP NEXT
Sorry, wrong number: the forgotten problem of car clocking

Volvo XC40 examined in detail ahead of Geneva debut

The new Volvo XC40 is the brand’s first foray into the booming market for compact SUVs and it's set to make a Geneva motor show debut next March - Autocar has been given exclusive access to its precursor, the Concept 40.1.

The XC40, described by Volvo design boss Thomas Ingenlath as the beginning of a new Volvo design generation, will be closely based on the 40.1, which was first revealed in May.

The 40.1’s sister saloon study, Concept 40.2, unveiled at the same time, also points strongly to the expected launch of a V40 hatch once the crossover is established in the market. It will also adopt the concept’s crisp, elegant lines and could incorporate the 40.2’s clever hatchback versatility delivered in a notchback body design. 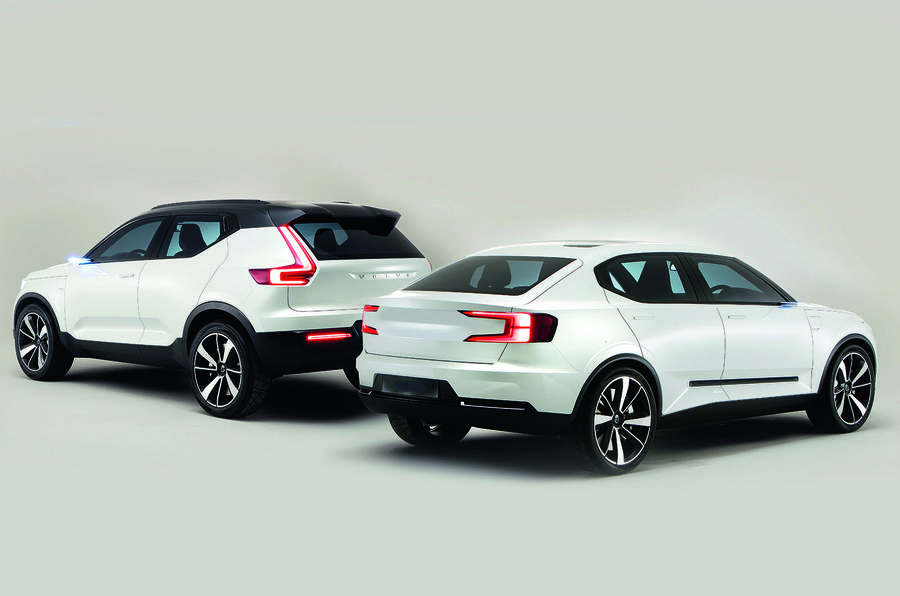 The first of the new 40-series cars, the XC40, should hit showrooms early in 2018. It is likely to be the first of a three-pronged 40-series range consisting of the XC40, the V40 hatchback, which is due six months later, and a V40 estate, expected in 2019. The estate is likely to come in both standard form and Cross Country guise, with chunkier tyres and a raised ride height.

Insiders insist the three-tier 90, 60 and 40-series structure will complete the proposed Volvo range. No smaller model is in the frame.

The XC40 will be the first Volvo model to utilise the newly developed Compact Modular Architecture (CMA), a highly versatile component set designed to be shared by future compact Volvos and Chinese-built Geely models. Zhejiang-based Geely, China’s seventh-biggest car maker, paid £1.4 billion to buy the 89-year-old Swedish car maker from Ford just under two years ago and has been laying impressive expansion plans ever since. 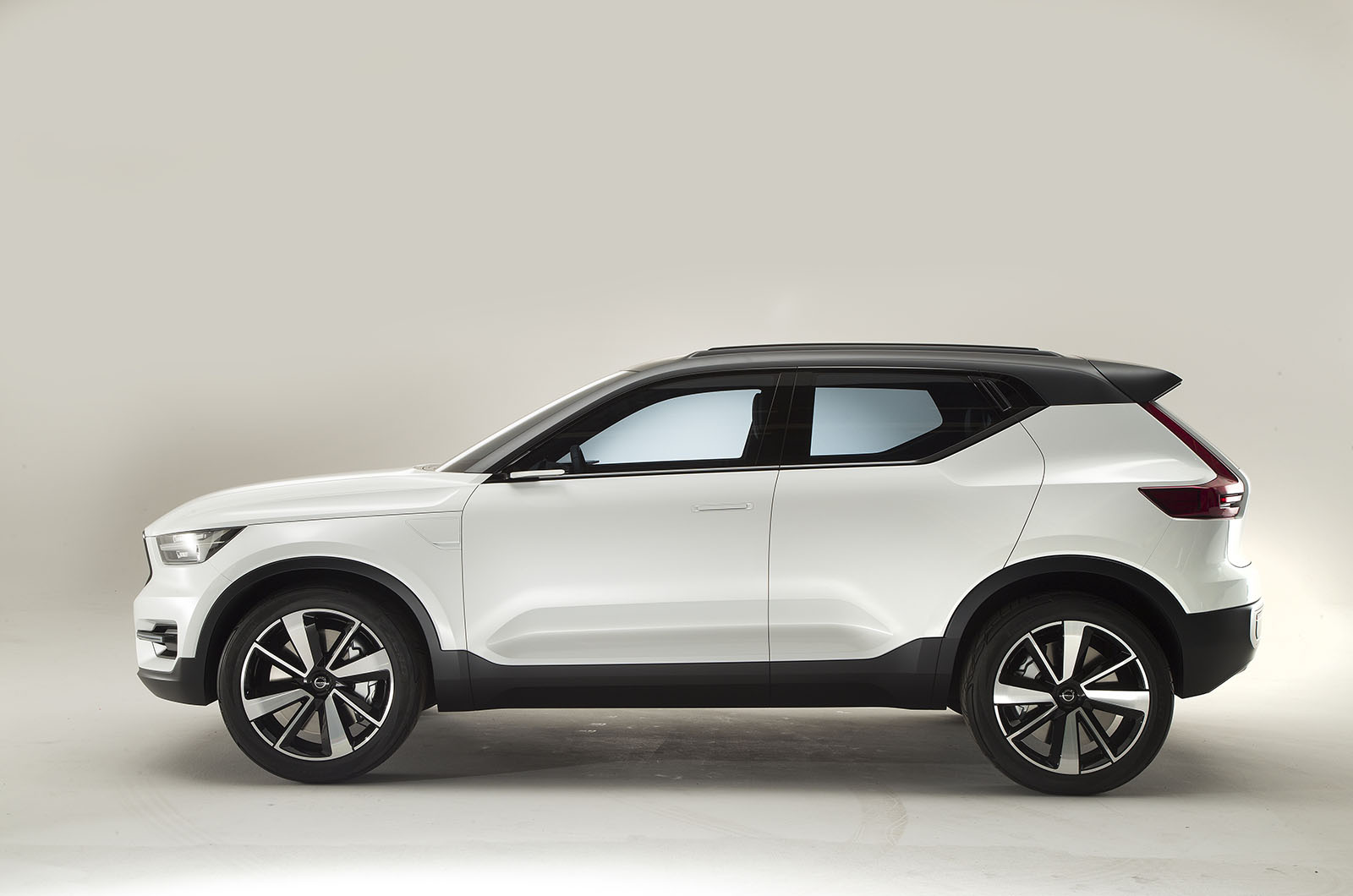 The XC40 will also be the first Volvo to introduce the long-promised modular 1.5-litre three-cylinder engine, which is derived from the four-cylinder 2.0-litre diesel and petrol range launched several years ago. The engines will come as both diesel and petrol variants, with and without turbocharging.

The XC40 range-topper will be a petrol-powered plug-in hybrid called T5 Twin Engine. It will use a 180bhp petrol version of the new three-cylinder engine, supported by a 74bhp electric motor. Power will be directed to the front wheels through a seven-speed dual-clutch automatic gearbox, with the electric motor directly driving the gearbox shaft that carries second, fourth and sixth gears. The XC40 T5 Twin Engine will have a battery-only range of about 30 miles. 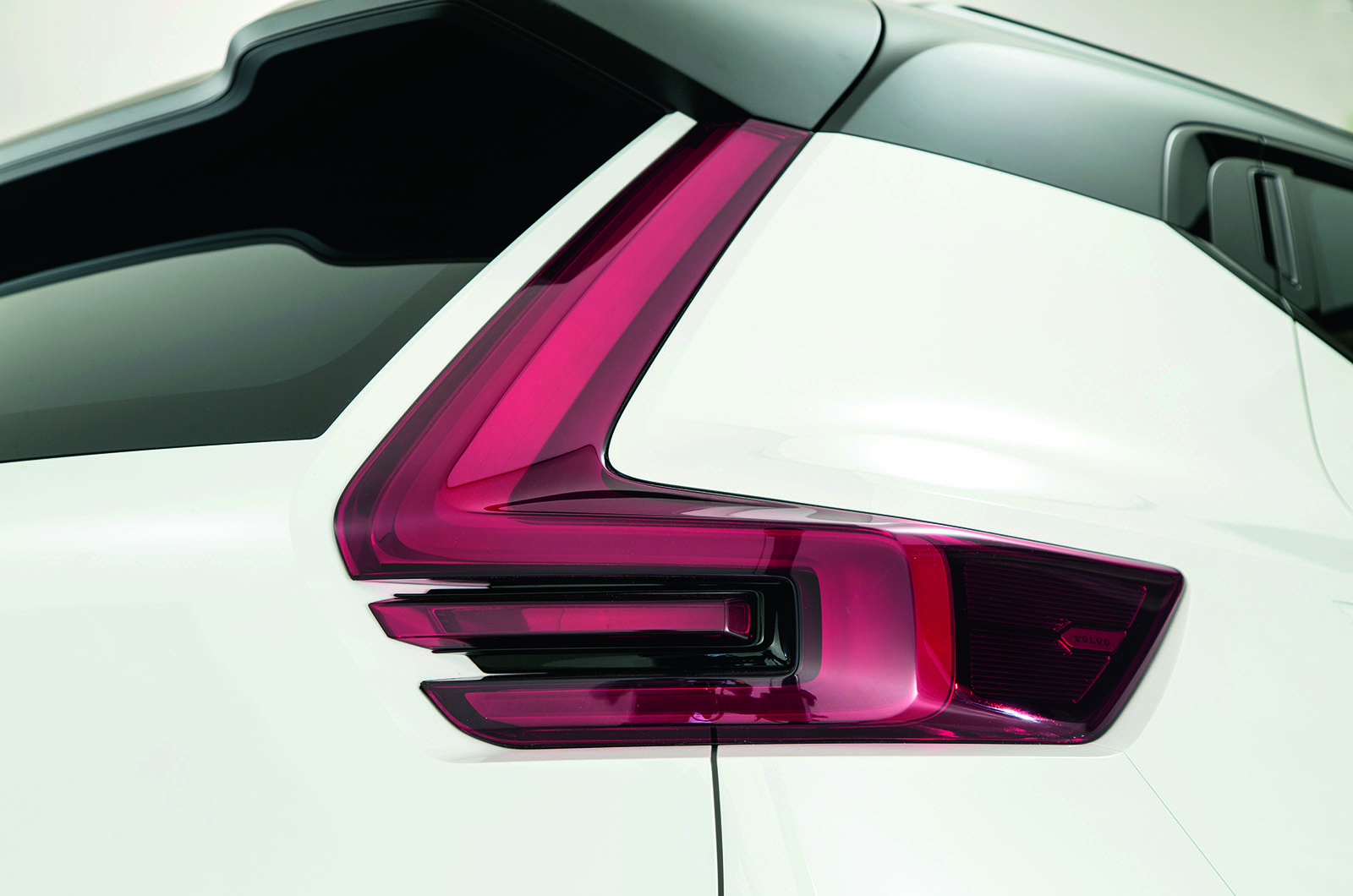 The T5 Twin Engine layout differs from the T8 Twin Engine set-up already offered with Volvo’s larger XC90 SUV, whose petrol engine drives the front wheels while the electric motor sends power to the rears to give four-wheel drive. Volvo says it won’t release fuel economy and CO2 figures until next year but is confident of leading the compact SUV class, which includes models such as the Audi Q3, BMW X1 and Mercedes-Benz GLA.

“If we’re not class-leading, we’ll have done something wrong,” said Volvo powertrain boss Michael Fleiss. The most efficient X1 has figures of 109g/km of CO2 and 68.9mpg combined.

Volvo plans to concentrate on plug-in hybrids because it believes their viable batteryonly range will most suit future inner-city clean-air legislation.

However, the car maker is also hinting at a fully electric 40-series model using CMA architecture, to follow an XC90-based battery model already on the books for 2019.

The overall body style looks a lot like the 2016 and earlier Jeep Compass, including the window-integrated passenger door handles and the lower sill area of the front and rear passenger doors.

Ugly cars. Present generation of 40 series is much more stylish. Volvo should have Steve Mattin back!
Nauta Brodic 6 September 2016

Ugly cars. Present generation of 40 series is much more stylish. Volvo should have Steve Mattin back!
View all comments (17)