BACK TO ALL NEWS
Currently reading: Peugeot releases first real-world fuel economy figures for 2008
UP NEXT
High-riding Porsche 911 prototype hints at rally-inspired variant

Peugeot has released real-world fuel economy figures for its new 2008 crossover, which follows the 308 as the second model from the French car maker to have been subjected to the new type of testing.

Peugeot and its sister brands Citroën and DS announced their intentions to become the first European car makers to publish real-world fuel consumption figures earlier this year, in a bid to close the credibility gap between owners’ experiences and over-optimistic official figures. The new figures are published alongside the official EU ones, which by law have to be made public to buyers.

Much like the 308's results, the new 2008 figures illustrate just how much of a difference there is between official claimed and real-world fuel economy. All of the engines tested decreased their average miles per gallon figure quite substantially, with the 1.6 BlueHDi diesel engine in 118bhp guise and with a manual gearbox being the hardest hit.

Earlier this year, discrepancies of between 30% and 40% against the official combined economy figures were also measured on three cars powered by a 118bhp 1.6 BlueHDi diesel, namely a Peugeot 308, Citroën C4 Grand Picasso 1.6 and DS 3. For example, the 308 recorded 56mpg compared to a customer figure of 55mpg and the EU combined test figure of 88mpg.

Peugeot's says its new real-world tests use a 96km (59.7-mile) route that is made up of a mixture of urban, country and motorway routes. It uses a selection of professional and amateur drivers, not directly employed by Peugeot, to ensure the results are as accurate as possible.

The test procedure has been conceived in conjunction with three non-governmental organisations: Transport and Environment, France Nature Environment and Bureau Veritas.

“We have come up with a very strong vision that will give full transparency for our customers,” said PSA Group chairman Carlos Tavares. “This new test cycle will be much more representative of a consumer’s real driving experience.

“VW-gate has created a lot of concern in our company - we are the industry leaders on fuel efficiency and diesel emissions, so if there is an action that breaks the trust of buyers it is a big concern.

“We want to demonstrate openness and confidence. We do not want to be confused with our German competitors on this issue, and the real-world tests are one way of demonstrating that.”

PSA maintains that the test is repeatable and reliable, even though key factors like the wind, temperature and driving style are not under control in the way that they are in a laboratory. The cold start part of the test, during which fuel consumption is heavy, is ‘factored’ into the result and on-road tests won’t be carried out if the wind is above a certain speed.

The test can be monitored by GPS and if the driving style or traffic fall outside acceptable limits, the test will be cancelled. Tests are monitored by Bureau Veritas, a consultancy firm that specialises in inspection and certification. 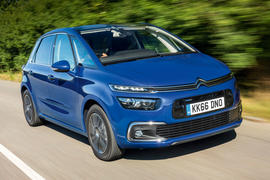 Pierre-Yves Etienney, Peugeot's small cars PR boss added: "We intend to eventually test our entire range and publish the figures, helping people make a more informed choice. The next set of figures will be published around July.

"We are the first to be doing this sort of testing, and that's great, but we hope other manufacturers will follow us."

Transport and Environment is the green lobby group that was involved in exposing the Volkswagen dieselgate scandal and its boss Greg Archer helped devise the new test. T&E says it has not been paid for the work.

“We have had some differences on methodology with PSA, but we believe that this new test is a very good correlation to the real world,” said Archer.

PSA will also use the test to produce real-world economy figures that will become a legal requirement under the new worldwide harmonised light vehicle test procedure (WLTP), in force from September 2017.

According to T&E, PSA’s test will also show a discrepancy of 20% with the WLTP combined economy.

1 March 2016
And do you use they same driver every time? will all manufacturers have to go to France at the same time of year as weather is a key part of mpg measurements? There's nothing they can do on the road that can't be simulated and duplicated over and over again in a lab.

xxxx, did you read it? In the

1 March 2016
xxxx, did you read it? In the article, they mention that they will use a mix of professional and amateur drivers. They will measure the wind, and if it gets above a certain level, they will cancel the test. They also said that the cars will be GPS tracked, and the test will be cancelled if their is erratic driving, or heavy traffic.

1 March 2016
Will they use the same mix of professional drivers year on year. For every car tested they'd have to test it in same season and make sure the wind was in the same direction and same speed t5houghout the test, the temperature was the same, the road hadn't been resurfaced the list goes on. How could you compare one year to the next. It'll never happed it's just to uncontrolled and manufactures would moan if they got a bad result.

If PSA start doing real-world measuring of non-CO2 polutants, then we will really start getting some interesting results!

Carlos is trying to twist the knife a little there...

Kudos to PSA for this

5 May 2016
I was reading about this in the French magazine L'Automobile and they did their own tests to see if PSA's were in the right ball park. They turned out to be pretty close though unsurprisingly PSA's figure were slightly better. The question is whether this will spread across the board and what standard test protocols will be used to provide consistency. A good start though and quite brave on PSA's part.

Only to be expected.

5 May 2016
PSA putting the knife in whilst VW group flounder. ;-) So there will be two sets of results published for PSA cars after Sep 2017, a bit confusing for potential owners.

how many daft people are there?

5 May 2016
Seriously are there still people out there who believe the Bshit wriiten and promotoed and headlined and bold lettered about fuel consumption? Sorry if I offended anyone there but I will offend you even more because only a moron without any grain of benzine in the veins would take such figures and believe them. If you are one of them I hope never to be on the same road with you because your ability to steer control and multitask on any road must be nigh on impossible for you. Ranting - no not at all, just saying bottom line truth

Your rant is missing the

5 May 2016
Your rant is missing the point somewhat - everyone knows the lab tests are bogus, but not by how much. Anecdotally, it seems possible to generate spectacular claims for small diesels, whereas larger petrol engines test closer to real world consumption. My contention is that diesel sales have been artificially bolstered by these numbers, and customers are being misled when making purchasing decisions.

5 May 2016
And not one test can be duplicated, as to "not directly employed by Peugeot" I presume they were indirectly paid by the Pug. Just make the lab. tests harder and better monitored!