BACK TO ALL NEWS
Currently reading: New 2020 Kia Sorento previewed in official renders
UP NEXT
Lotus Emira vs Porsche 718 Cayman

Kia has previewed the next generation of its Kia Sorento SUV with a series of official design sketches, ahead of its unveiling at the Geneva motor show on 3 March.

The firm has confirmed it is "the first vehicle based on Kia's new-generation mid-size SUV platform", and that it will be available with a hybrid option for the first time.

We can see that the new Sorento has a more square-edged design than its curvy predecessor, and the brand’s tiger nose grille will sit within a new front-end profile. The rear end design, meanwhile appears to take heavy inspiration from the firm's US-market Telluride large SUV, with vertically mounted brakelights and a chrome-style lower diffuser among the visible elements.

Leaked images posted to Facebook earlier this month gave an idea of what to expect from the Skoda Kodiaq rival's interior. The dashboard features a substantial centrally mounted infotainment touchscreen flanked by a set of vertically mounted air vents, with little in the way of physical buttons and levers. 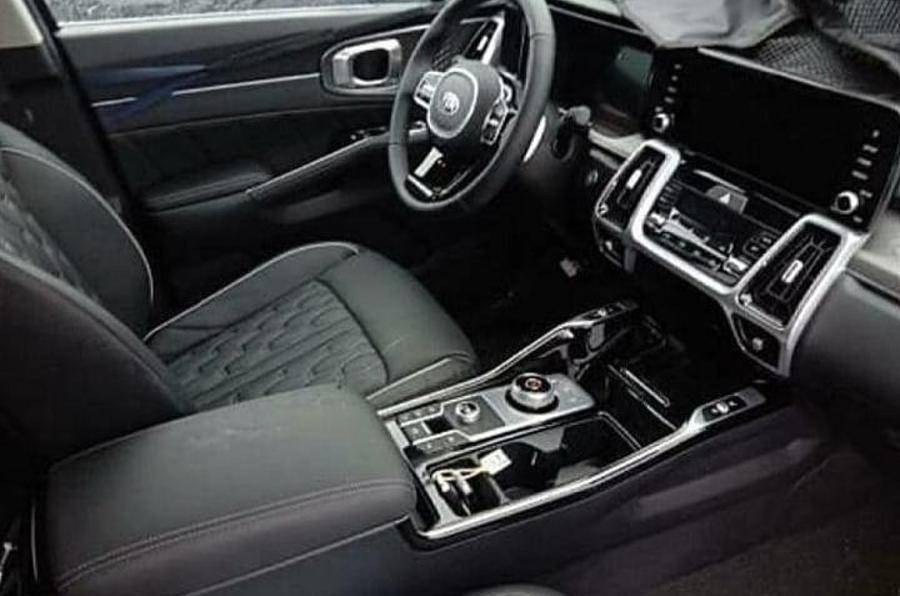 The new large SUV shares much of its platform, mechanicals and technology with the latest Hyundai Santa Fe, and has been benchmarked alongside the pricier BMW X5, showing the Korean firm's ambition for the model.

The latest Santa Fe is actually slightly smaller than today’s Sorento, at 4.77m long and 1.89m wide. Whether Kia has slightly shortened the Sorento or extended the existing platform to suit remains to be seen. Either way, it should remain one of the more spacious seven-seat SUVs.

The new Sorento is expected to initially use a 2.2-litre diesel engine mated to an eight-speed automatic gearbox and, on higher-end models, four-wheel drive.

That will make use of a four-cylinder petrol engine – likely a turbocharged version of the Kia Niro's 1.6-litre unit – and an electric motor mounted on the rear axle to give electric all-wheel drive.

A (these days) unusually rare 'fail' for Kia. Nothing a good early refresh can't fix.

I thought Mercedes had their hand on the ugly stick with there latest mid size SUV, but no, this Sorento takes the proverbial Biscuit.

Specsavers is that way ->

If recent Kia models are anything to go by

This Sorento should turn out to be the class leader