BACK TO ALL NEWS
Currently reading: Facelifted Mercedes-Benz GLC brings new engines and tech
UP NEXT
Ford to revive more historic model names for new cars

Mercedes-Benz has upgraded its strong-selling GLC three years after the SUV joined its line-up as a successor to the GLK.

Making its public debut at the Geneva motor show prior to a planned UK introduction in the summer, the 2019-model-year GLC gains a number of subtle exterior styling tweaks, including reshaped bumpers, an altered grille, revised LED headlights and tail-lights and a new range of alloy wheels.

It also comes with a new AMG Line styling package boasting a unique diamond pattern grille insert, an altered front bumper, rectangular chromed tailpipes and the choice of either standard 19 or optional 20in wheels.

Inside, the 2019 GLC retains the same familiar dashboard design as today’s model but incorporates new trim elements and a number of updated functions as part of the adoption of the brand’s new MBUX user interface system.

Included is a new multi-function steering wheel in one of two designs, both featuring small touch pads with horizontal spokes. Additionally, there's a new 12.3in digital instrument display and the choice of either a standard 7.0in or optional 10.3in separate infotainment display, the latter now featuring touch control. 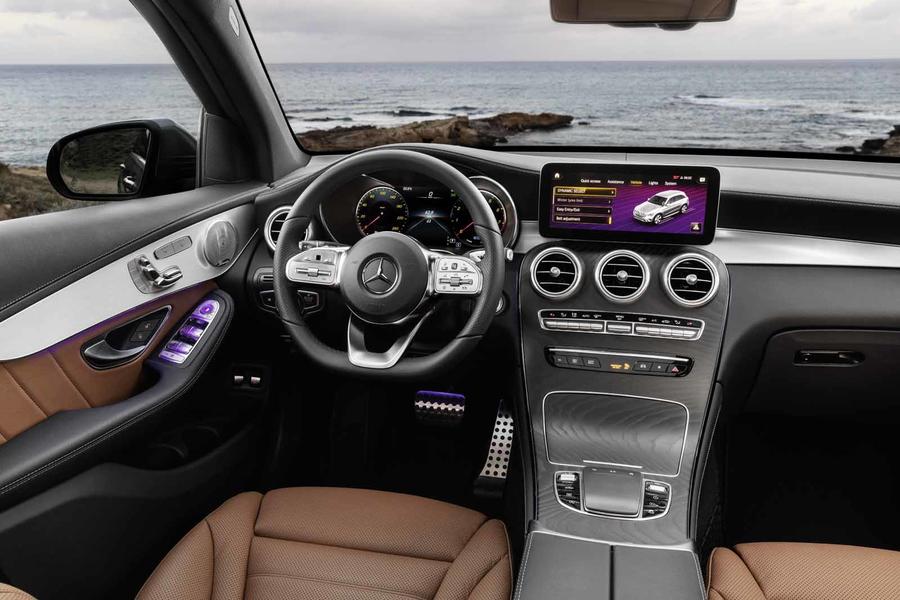 The rotary controller between the front seats has been replaced by a larger touch control pad, while voice and gesture control now also comes as an option. For the first time, there is also a standard keyless entry and start function and optional smartphone charging pad. Once again, the AMG Line adds a dash of sportiness, with sport seats and other AMG design flourishes.

As part of an extended range of driver assistance systems, the new GLC can be ordered with Mercedes-Benz’s Active Distance Assist Distronic, which monitors speed and adjusts it via automatic braking ahead of bends or junctions.

Accompanying the exterior, interior and equipment upgrades is a new range of longitudinally mounted engines, all boasting power gains and emissions reductions. They include a petrol-electric mild hybrid unit in two states of tune and a conventional diesel offering three different power outputs. 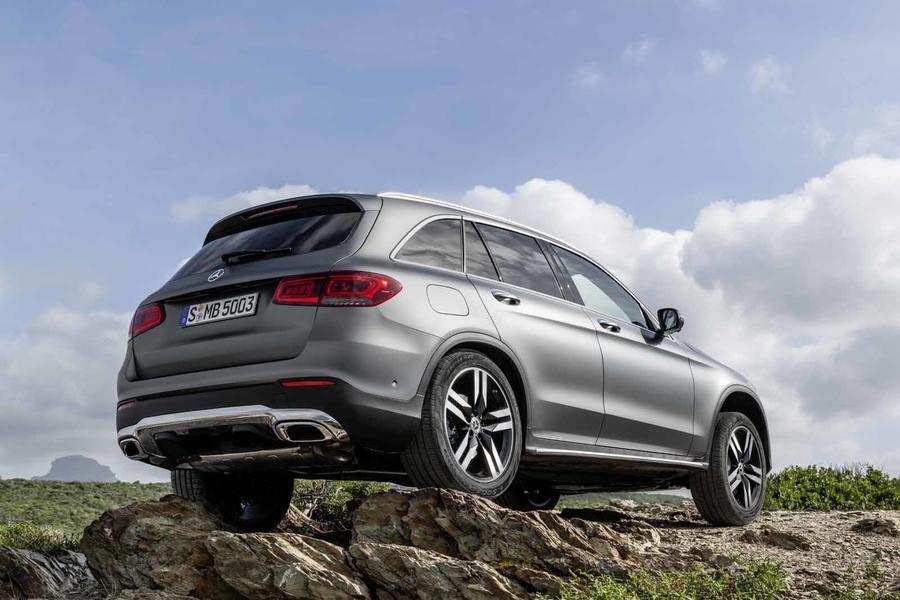 With the mid-life update, the GLC also receives Mercedes-Benz’s Dynamic Body Control suspension with adjustable dampers for the first time. It can be combined with a sport steering system for more direct characteristics. Also new to the GLC is an optional Trailer Monitoring Assist.

Mercedes-Benz has yet to quote any performance claims for the facelifted GLC, but claims a combined NEDC consumption figure of 39.8mpg for the GLC200 4Matic and 54.3mpg for the GLC200d, providing them with respective CO2 emissions of 161g/km and 137g/km.

Other engines are planned to be added to the facelifted GLC later this year, including a reworked version of the existing GLC43’s turbocharged V6 petrol engine with an added 23bhp, up to 385bhp, but the same 383lb ft of torque.

No mention of the PHEV models...

Hmmm... no mention of the GLC300e and GLC300de PHEV models... and I’m pretty sure they were also shown at Geneva. I hope Mercedes bring the PHEV models to the UK. They’re the only engine options that make any sense if you do a mix of ‘short in-town’ and ‘long motorway’ driving. They didn’t bring the previous generation GLC350e in (I think it was LHD only). If they did, I’d have considered one of those over my current GLC250d.

Yep... thats certainly in my

The interior in the Mercedes-Benz GLC, the same to all Mercs is brilliant. It is not cheap. German cars are known for their durability and quality. Plus, they wouldn't put a 'cheap' interior/dashboard into a nearly £40,000 vehicle. You need to have been in a Mercedes-Benz a couple of times to know what it is really like, same with any car.

The new MPG figures certainly look far more achievable than the old joke that was NEDC.
View all comments (8)