BACK TO ALL NEWS
Currently reading: Aston Martin design boss: 'Rolls and Bentley are Ancient Greece today'
UP NEXT
New 2023 Audi A4 Avant undergoes tests in the Alps

Aston Martin Lagonda design boss Marek Reichman outlines his vision for the future of the luxury cars, and the story behind the new Lagonda concept
Open gallery
Close

Aston Martin has confirmed it will relaunch the Lagonda brand with a new saloon to rival the Rolls-Royce Phantom.

To get an idea of what to expect from this bold new proposition, we speak to the man responsible for creating the concept that will inspire it, Aston Martin Lagonda design boss Marek Reichman.

What’s the thinking behind the Lagonda?

“It’s a game changer for luxury products in the future, what luxury can be and what it will be. The world is changing, but look at luxury: it’s still very traditional. Luxury and technology haven’t been combined yet.

Look at Rolls-Royce: it’s the most luxurious car in the world. Given its roots, its reason for being, it’s essentially still an internal combustion engine to replace a horse, a carriage and a trunk. It’s an imperfect package for luxury.”

“Electrification in particular has huge advantages for the layout of cars. You can put the weight and the powerplant where you want it. It’s not determined by history, pushing or pulling a carriage. There’s a freedom to think differently.” 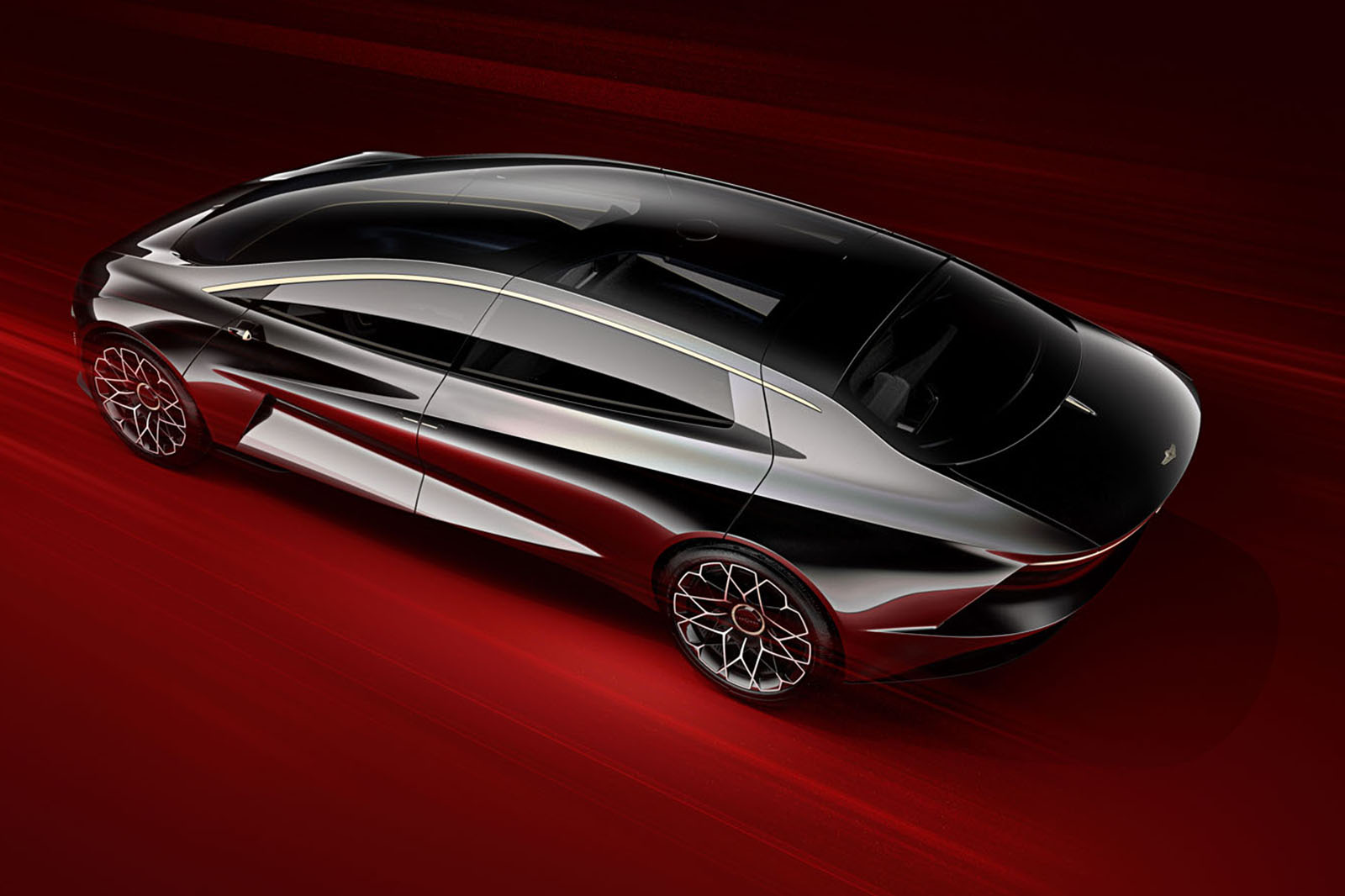 Has Tesla taken that advantage of electric car design?

“No, it’s a not-so-good-looking Aston Martin Aston Rapide. It has the same silhouette as a Rapide. Does it take advantage of all aspects of electrification? No. Look at technology, and no one has combined luxury and technology to be a leader. But to give Tesla credit, they’ve changed the perception of electric propulsion. If they had gone this far, there would have been negative consequences. Tesla eased into future technology with something we recognised.”

Why so radical with Lagonda?

“Lagonda has always been a disruptor. It has a massive heritage of going toe to toe with Rolls-Royce and Bentley. It has always offered a different shape and form. Lagonda is beauty from another planet, but it’s not unnatural. It’s a brave step – brave as a Lagonda can be and should be. It should be brave. It’s a disruptor.”

How will you differentiate Lagonda from Aston Martin?

“It’s an older brand than Aston, a sleeping giant. The way we’re approaching the brand, it has huge potential for a customer who doesn’t necessarily want to drive. You’ll always be able to drive an Aston, but not necessarily a Lagonda. Lagonda will have a great feel and feedback if you want it to. It’s the same team as Aston Martin. But there are huge differences between Aston Martin and Lagonda in the way they drive and the team understand Aston Martin as they do Lagonda. We’re clear with engineering how to tune each differently for the attributes we’re after.”

Will Lagonda be a sub-brand of Aston Martin or its own marque?

“It’s not Lagonda by Aston Martin: it’s a Lagonda. It’s a family member but not a direct lineage. It’s a distant cousin – the same bloodline but looks differently. Having the two separate is important for customers.

The Lagonda brand needs to be strong and not dilute Aston Martin. In time, autonomy and electrification could come to Aston Martin, but we’re doing this to protect the normally aspirated V12 in an Aston Martin.”

“It’s extreme as we really want to show the benefits of the packaging and differences as a product. The world will be more extreme, and customers expect it. You can’t see Apple or Google executives in a Phantom. You can see them in this.” 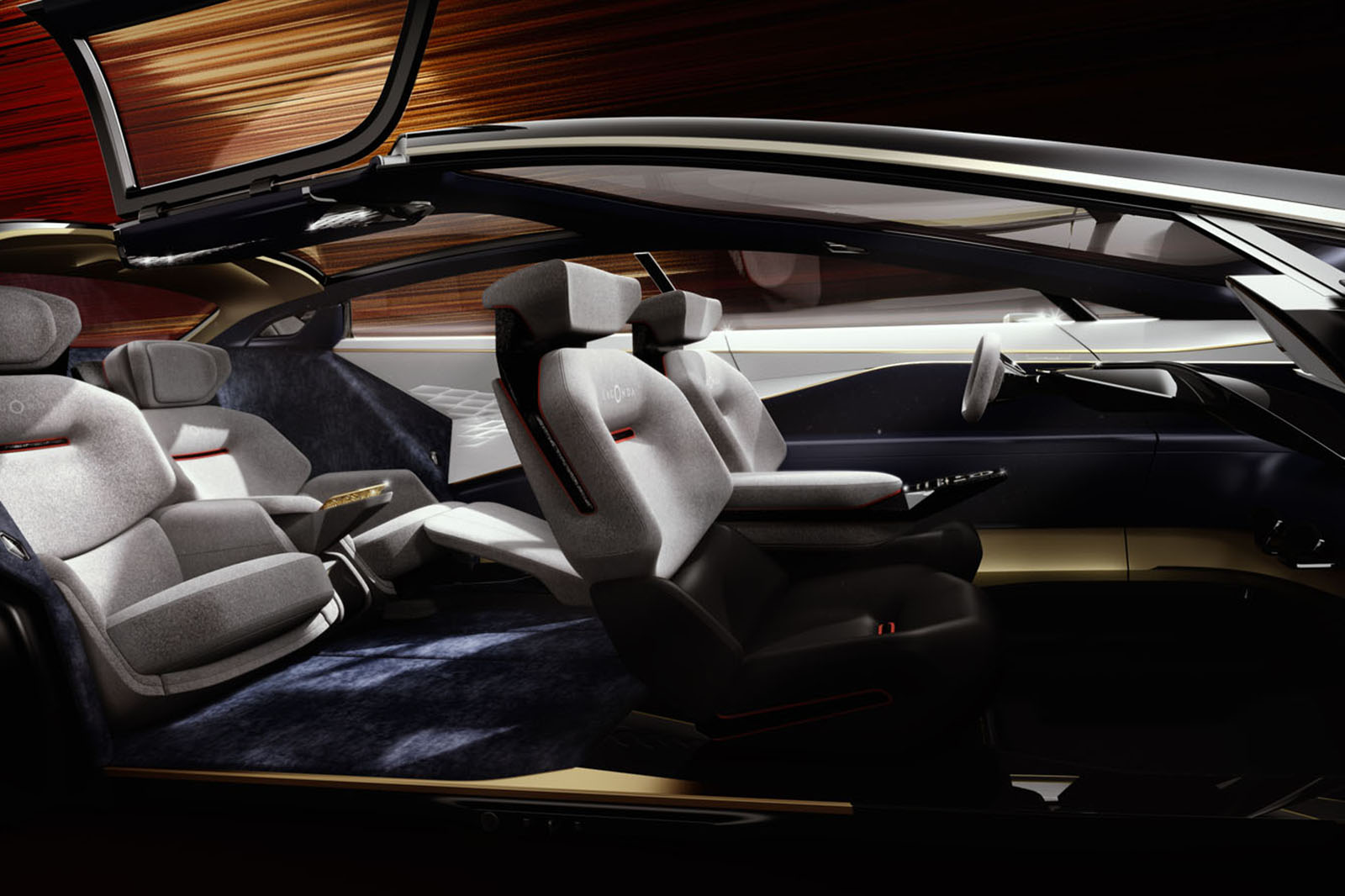 What kind of reaction do you expect?

“I’m expecting mixed reactions. That’s good. If we went out with something people could see tomorrow, then we’ve missed the boat. This shows the relationship between the two brands, showing how we can be different and show new technology. That needs a reaction to be able to explain it, rather than hide all that technology. I remember seeing William Towns’ Lagonda and thinking it was from out of space.

Towns wanted to change the norm. It’s still dramatic and controversial today, and remembered well. Controversy is not always bad. Brave is the word, but then we say brave new world.”

“Rolls-Royce and Bentley are Ancient Greece today. I worked on the original Phantom. The brief was Buckingham Palace on wheels. It was important to do that to establish it. But the world has changed, and the royals have changed.”

Why did Maybach fail in challenging Rolls-Royce and Bentley?

“Maybach failed as it wasn’t a unique platform. You have to have the vision to change, not to be constrained by someone else’s platform. You can’t just do badge engineering. It’s bringing the intellect and thinking of Silicon Valley into Warwickshire. For that technology, people are coming in. We’re bringing them in-house. People are joining us from companies like Ferrari, where they’ve worked on traditional architectures and electrified ones. We’re still talking to a tech partner. I was in Silicon Valley last week...”

Do you consider yourselves a start-up?

“Start-ups make the biggest leaps as they can do what they believe is right. We’ve done the research. We know the customers are out there, and being brave is the way to do it. Apple creates the future we all move towards. We’re going to be a 180deg competitor to Rolls-Royce and Bentley. It’s guilt-free luxury.”

The exploitation of heritage brands

It doesn't matter how forward thinking it is or how much new technology there is going into it, they still need to rely on the Lagonda 'heritage brand', formed way back in 1906, to sell it. In fact that seems to be the formula these days for selling luxury. You can sell any old snake oil, just make sure you've bought the rights to use an age old name to give it some credibility beforehand. We've seen it in fashion, fragrance, luggage etc. and it's becoming commonplace in cars. Look at how Ford resurrected the Vignale name, which was actually discontinued by Ford in 1973, to justify an overpriced line of cars with leather and a few luxury extras. "Well sir, yes, it is expensive, but it's got Vignale badges on it".

Time for Rolls-Royce to wheel out a sub-brand for its more upmarket models.

Another super-sized ego. Gerry McGovern is not alone.

But at least McGovern's cars have fine detailing.