BACK TO ALL NEWS
Currently reading: Alpine A120 sports car previewed with pictures of lightweight seat
UP NEXT
Spending 48 hours touring in a Ferrari Roma

Alpine A120 sports car previewed with pictures of lightweight seat

Renault’s upcoming mid-engined model will be unveiled in Geneva; it will come with quilted-leather lightweight seats
Open gallery
Close

Renault's Alpine A120 has been previewed once again ahead of its Geneva motor show debut, with new pictures of its seats.

The Alpine A110 has been revealed.

Alpine says one of its ultra-lightweight quilted leather seats weighs 13.1kg - which is half the weight of a Megane RS seat. The brand added that despite the lightweight seat, it still provides impressive lateral support, which is an important element as Alpine tries to create a model more agile than the Porsche Cayman.

The image also suggests that the seats only slide back and forth and that adjustment for height and angle require manual bolt adjustment. 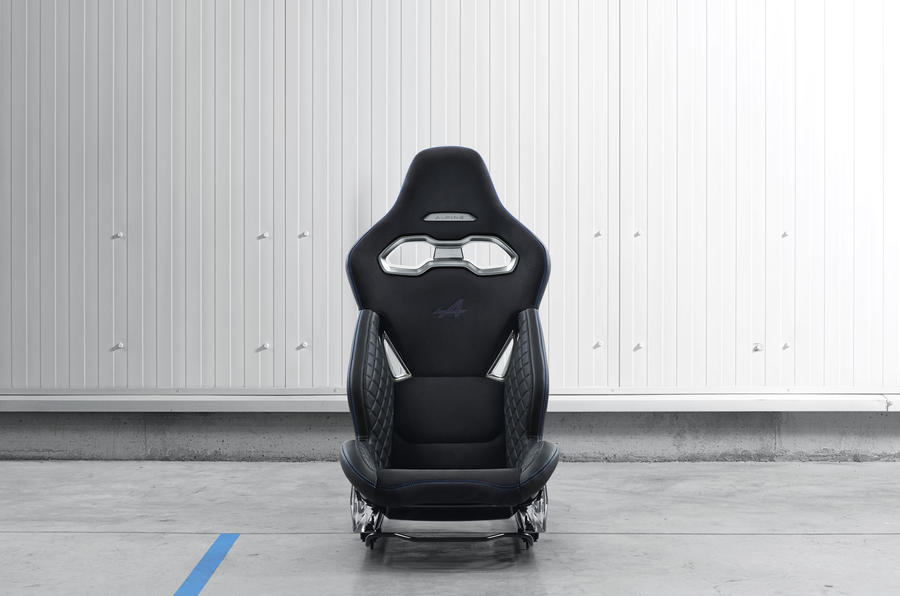 The manufacturer is ramping up its coverage of the car in the run up to Geneva, and recently released illustrations showing the aerodynamic effects of its flat floor and rear diffuser.

Of that particular design, an Alpine spokesman said: "Air flow will be a key factor in the new Alpine’s performance and efficiency. The combination of a flat floor, a technique carried over from the world of supercars and high-level motor racing, and a rear diffuser located beneath the rear bumper will allow significant downforce and excellent stability."

This design has negated the need for a rear spoiler, allowing for a sleeker design that mimics the look of the original A110 from which the new model takes inspiration. 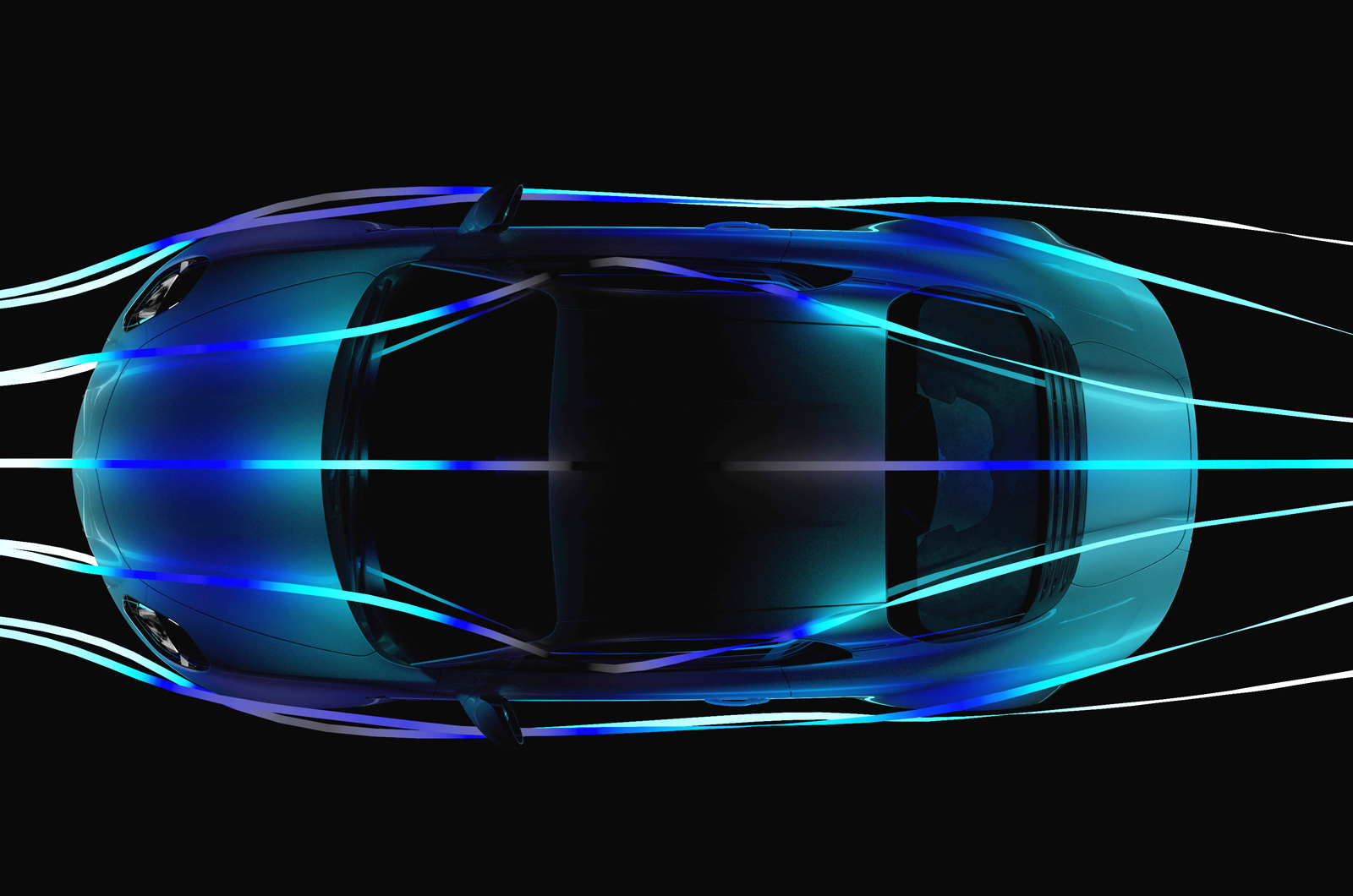 Alpine has confirmed that 1955 examples of a special Premier Edition of the A120 will be built, with the first cars being made available in 12 European countries before being extended to the UK and Japan some months later. Alpine said further countries will be added later.

Autocar understands that the A120 will use a 1.8-litre engine derived from the turbocharged 1.6-litre unit used in the Renault Clio RS, although this is yet to be confirmed. An output of 250bhp is expected, and the car will hit 62mph from rest in 4.5sec. A 300bhp performance variant is also on the cards, as is a convertible.

A deposit of €2000 (around £1700) secures one of the first cars, and prospective buyers will need a bespoke Alpine app to choose their car.

The Alpine was leaked on to the internet late last year via video in camouflaged form shortly after spy photographers spotted it testing in public. The car's design appears to have stayed true to that of the concept that was revealed one year ago.

Three cars are shown in the video, each with different wheels, suggesting more than one variant will be offered. The car will also be offered in three colours: black, white and blue.

Alpine’s inaugural car is being expected to take the A120 name in homage to the high-performance Alpine A110 model of the 1960s and 1970s, although this is yet to be confirmed. 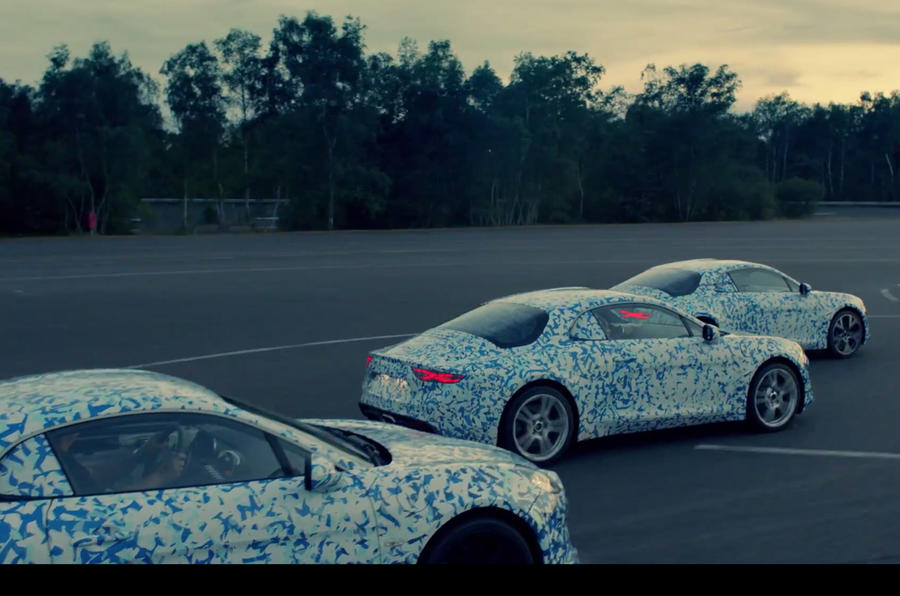 What is clear to see from the video on the Alpine site is that the cars are rear-wheel drive, and have a vent on the rear hatch beneath the rear glass; confirming that the car will be mid-engined.

The video’s finishing tag line of 'Alpine is back!, as well as the video’s uploader being Alpine rather than Renault, suggests that the cars will be produced under a standalone brand rather than as Renaults.

Following the launch of the Alpine sports car, it's expected that the brand will launch further models, including a Porsche Macan-rivalling SUV. The site says that the car will be priced between €55,000 and €60,000 (between £46,750 and £51,000), so the A120 will be a direct rival to the Porsche Cayman.

I say bring it on: I like the nod to the past styling and if the light/agile ethos extends to more than just marketing that's great - the market's crowded with lardy so called 'sportscars' that simply don't warrant the name.
Advances in technology have brought us more power, higher top speeds and headline grabbing 0-62 times, whilst with every new iteration, the very things that make a great drivers car have fallen by the wayside.
Colin Chapman knew what made a car with fantastic handling but took his obsession that bit too far, to the detriment of reliability.
If Alpine can produce a light, agile and efficient sportscar, in a form that delivers a more visceral and dynamic driving experience, without sacrificing comfort and reliability then I'm all for it.
Pricewise, £50k seems about right to me, provided the package is delivered with more items as standard fit - a well specced Boxster easily comes to £60k plus and sadly now the N/A flat 6 is a thing of the past.
Bring it on Alpine.
Lanehogger 13 February 2017

I don't know if it's just me but I find this current trend of previews and drip-feeding of information (and even 'leaks') about a new car a bit tedious, while it takes away the wow and surprise factor once the car is officially unveiled. Especially when previews have been going on for months on end. Like this Alpine and the Skoda Kodiaq for example.
Bob Cholmondeley 13 February 2017

On a more serious note, as a fan of French cars I really hope this turns out to be a good one.
View all comments (15)