BACK TO ALL NEWS
Currently reading: 2017 Porsche 911 GT3 facelift spotted undisguised
UP NEXT
Fisker goes radical with Pear EV SUV

Facelifted Porsche 911 GT3 receives subtle styling updates to its front and rear, and gains the option of a manual gearbox. It goes on sale in 2017
Open gallery
Close

New spy pictures of an undisguised 2017 Porsche 911 GT3 at the Nürburgring show that the car will get redesigned tail lights and a new rear bumper.

The 2017 car will also get a revised front end, with more aggressive air intakes in the front bumper, a redesigned front spoiler, air intakes and new LED indicators, along with a new diffuser at the rear.

The rest of the car’s styling looks to be largely carried over from the current model, including the slit grilles at the front and back, large rear wing and central twin exhausts. 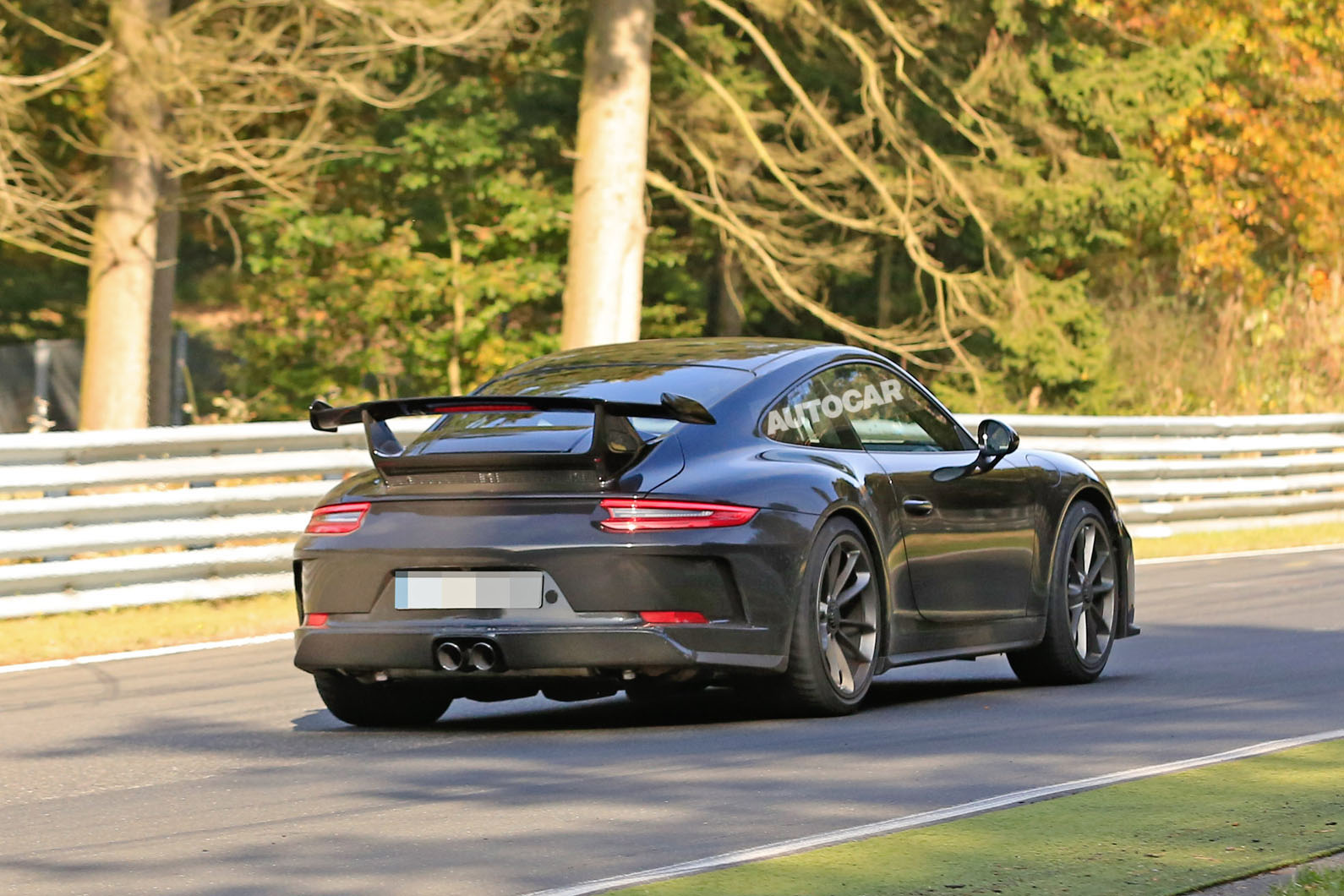 The images come just weeks after computer generated images of a 911 GT3 were leaked onto a Dutch blog (shown in the gallery). The test car looks to have the same exterior as the CGI car, suggesting the leaked images were accurate.

Other changes to the facelifted 911 GT3 will include a manual gearbox option for the first time since production of the 997 911 GT3 ended in 2011. GT3 guru Andreas Preuninger confirmed the option of a six-speed manual gearbox at the launch of the 911 R earlier this year. The GT3's 'box will be identical to that car's.

Despite the rest of the Porsche 911 range now being turbocharged for added efficiency and reduced emissions, the facelifted car will maintain the naturally aspirated 3.8-litre engine of the current generation GT3.

Latest 911 GT3 is big and brutal; despite this Porsche has made it faster, more responsive and more user-friendly than ever

Would the engine grow?

Would the engine grow?

The law of diminishing

The law of diminishing returns will always kick in the higher up the food chain you go unfortunately but it doesn't necessarily mean it isn't worth doing. I was lucky enough to be able to afford a 10K hi-fi back in the day when folks still listened to music using physical mediums. It wasn't 10 times better than the 1K system it replaced but it was a lot better and I don't regret it.
View all comments (16)