Vauxhall has begun testing a rally variant of the new Corsa-e electric hatchback, making it the first manufacturer to offer customers an electric rally car.

Called the Corsa-e Rally, the model will be available to buy from sister-brand Opel's motorsport division, with the German manufacturer claiming a sub-£46,000 price tag.

The cost represents a near-£20,000 increase over the £26,490 starting price of the standard Corsa-e, with the rally model retaining the 50kWh battery and 134bhp, 192lb ft electric motor of the production variant.

“We have two objectives”, said Opel Motorsport Director, Jörg Schrott. “Both cars are covering as many miles as possible, in order to gather the maximum amount of data at an early stage. There is no experience of an electric rally car that we could turn to, so initially we had to rely on calculations and simulations. 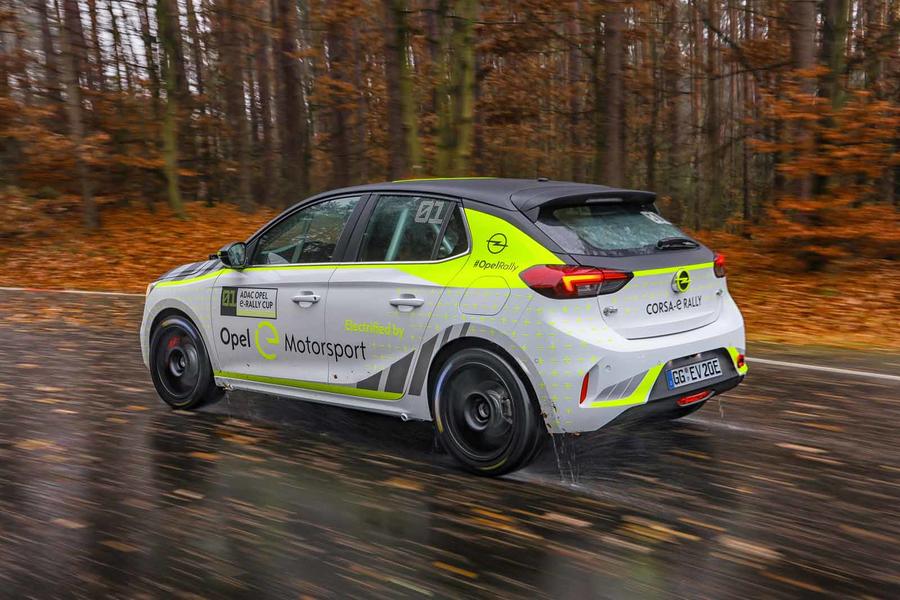 "These are being gradually replaced with real data. Other focuses are on loads and temperature management of the battery, as well as adapting the software. I am pleased to report that our programme is going smoothly.”

Rally-spec suspension has been fitted and the body made slightly wider and higher, with a 2mm-longer wheelbase. Few technical details have been revealed, but it’s also expected to be significantly lighter than the standard car.

In terms of design, the Corsa-e Rally bears a strong resemblance to its production counterpart, differentiated only by FIA-mandated towing straps, lightweight performance alloy wheels and a prominent decal package.

The Corsa-e Rally will compete in the 2020 ADAC Opel e-Rally Cup, a one-make electric race series that will host 15 young rally drivers.

This isn’t about cost, reliability or saving the planet

It's a public relations exercise pure and simple. The idea is to reinforce the message that EVs can be more than just milk floats - they can be fast and exciting too. I can't help feeling though that something will be missing without.the noise and without the quick fire gear shifts of a "proper" rally car!

I thought it was widely

I thought it was widely accepted that an EV had to cover quite a large distance before it was better than an IC car (in CO2 and polution terms) because of what goes into making them, and yet cars used in competition dont cover huge mileages.

I am all in favour of EVs getting diesel delivery vans off the road, but to use them in competition is plain daft

i bet the ICE rally cars are a hell of a lot more polluting than a normal ICE at the speeds they travel. I quess the EV rally car will be a lot quicker to maintain too, swapping a dead motor will be quicker than swapping a dead engine.