Kia has upgraded its Sorento SUV model with new cabin technology and a refreshed design - as shown by the car on display at the Frankfurt motor show.

The flagship SUV, due on sale later this year, picks up the fight against the Land Rover Discovery Sport and Skoda Kodiaq with an updated interior and exterior, as well as a new eight-speed gearbox and GT-Line trim level.

The most obvious change is the car’s more prominent chrome-finished front grille, but inside there is a new 8.0in infotainment system with TomTom sat-nav software, as well as Apple CarPlay and Android Auto smartphone connectivity. There is also a wireless phone charger.

Kia’s GT-Line trim level has been added to the range, bringing with it standard-fit fog lights, red brake calipers and a chrome exhaust tip. Inside, the GT-Line adds black leather seats with contrasting grey stitching.

A new eight-speed automatic gearbox has been introduced with the promise of improved efficiency and reduced CO2 outputs. It sits above a six-speed auto and six-speed manual in the cog-swapper range. 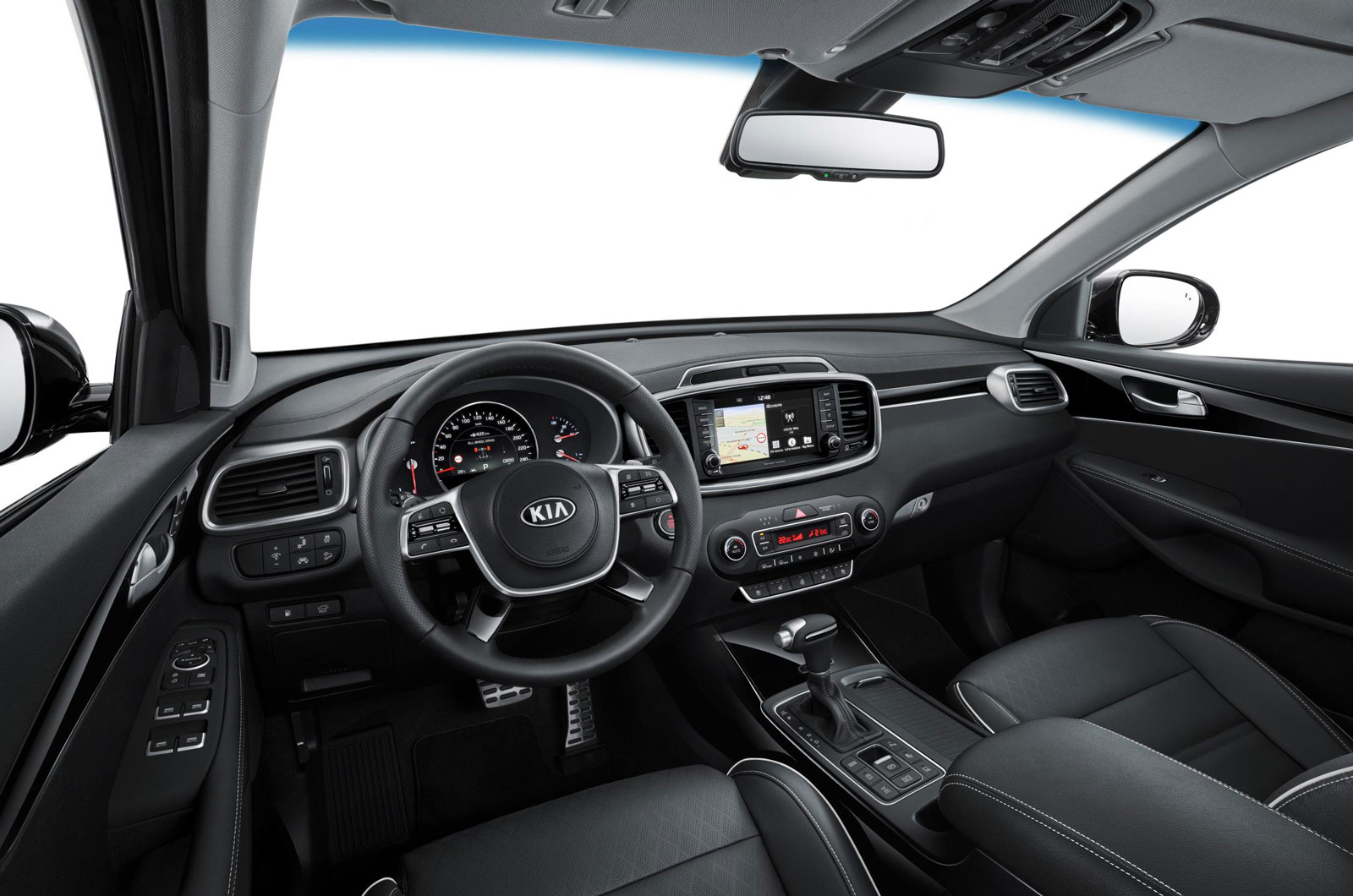 These come mated to a choice of three engines, retained from the outgoing Sorento and all rated at Euro6 spec. There are two diesels of 2.0- and 2.2-litre capacities, offering 182bhp and 197bhp respectively, and a 2.4-litre petrol producing 185bhp.

As standard, drive is sent to the front wheels, but all-wheel drive is offered as an option.

The car's starting price is yet to be revealed. The outgoing car starts at £28,850 – no major change is expected.