BACK TO ALL NEWS
Currently reading: Hot BMW i3S iPerformance model to launch this September
UP NEXT
Worth the weight? Lotus Emira first ride

BMW is putting the finishing touches to facelifted version of the The i3, including a new range-topping i3S iPerformance model that's set to make its world debut at the Frankfurt motor show in September.

Set for UK delivery early next year, the updated i3 receives a number of subtle styling updates that help to visually differentiate it from its four-year-old predecessor. Technically, the new model remains the same as the existing i3 – itself updated in 2016 with a 94Ah lithium ion battery, available as an upgrade over the standard 60Ah unit in use since the i3 was launched in 2013.

Electric Mini to launch as fifth 'superhero model' in 2019

Next to the standard 168bhp version of the quirkily styled rear-wheel drive hatchback, the German car maker also plans to launch a sporting i3S iPerformance variant.

Details remain scarce, though high-level engineering sources at BMW have revealed to Autocar that it will receive an updated electric motor featuring a 20bhp boost in peak power over the standard i3, taking its total up to 188bhp.

The subtle increase in power is claimed to provide the new range-topping i3 model with added accelerative ability without any detriment to driving range, which is a claimed 300km with the 94Ah battery. 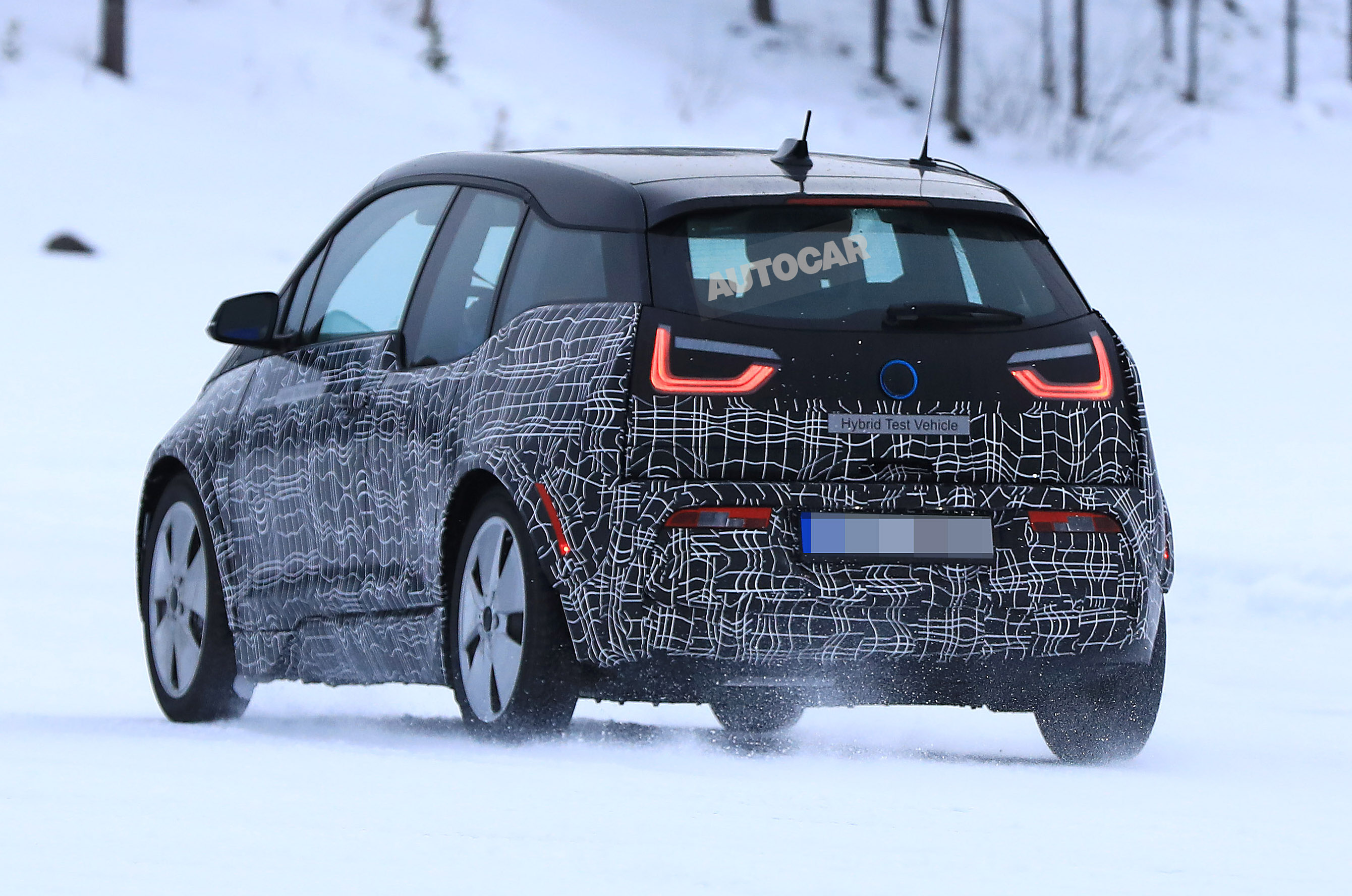 The increased performance of the i3S iPerformance is allied to a number of detailed chassis tweaks, including the adoption of a 40mm wider front track and a 10mm reduction in ride height over the standard version of the updated i3.

Autocar can also confirm that BMW has also reprogrammed the dynamic stability control system of the i3 to provide the facelifted model with added grip and traction in wet conditions.

Inside, the reworked i3 receives a new range of trims as well as an updated iDrive infotainment system featuring the latest software and interface developments – as launched on the latest BMW 5 Series and now featured in other recently facelifted BMW models.

It really is a 94 Ah battery. For some reason BMW likes to report the the battery size in amp hours, which is grazy because without the knowledge about the battery voltage it doesn't reveal the actual energy content.

I suspect they do this because they are too ashamed to admit that their biggest battery is only 33 kWh when Tesla boasts three times larger battery capacities.

I would never accuse BMW of making pretty or desirable looking cars, they are clearly about utility first and the badge will ensure there is a queue of people but, even for ugly sister specialist BMW, they have surpassed themselves with this. Breaking all of the well held laws of aesthetics simultaneously is no mean feat. Truly hideous, its provenance somewhere between Fiat Multipla and Citroen Berlingo. Im sure its a fine vehicle though.
max1e6 26 May 2017

It is a flawed design. Bad choices were made for the entire design. The sad thing is that BMW put an enormous amount of effort into developing it. A pity.
View all comments (15)