BACK TO ALL NEWS
Currently reading: Hyundai Veloster N launched for US market with 271bhp
UP NEXT
Analysis: Why the decline in diesel sales has slowed in 2022

Hyundai Veloster N launched for US market with 271bhp

Hyundai's second hot hatch shares its running gear with the i30N, which isn’t offered in the US
Open gallery
Close

Hyundai has kick-started its new N performance division in the US with the launch of the Veloster N.

On show at the Detroit motor show as the North American alternative to the i30N, it uses the same turbocharged 2.0-litre four-cylinder engine as its sibling, producing up to 271bhp and 260lb ft.

While the i30N, which has just been launched in Europe, uses a conventional five-door layout, the Veloster retains its unorthodox asymmetric four-door body with two passenger doors on one side.

N has applied a similar raft of performance features, such as more aggressive bumpers and a roof-mounted rear wing, to signal the car's performance. 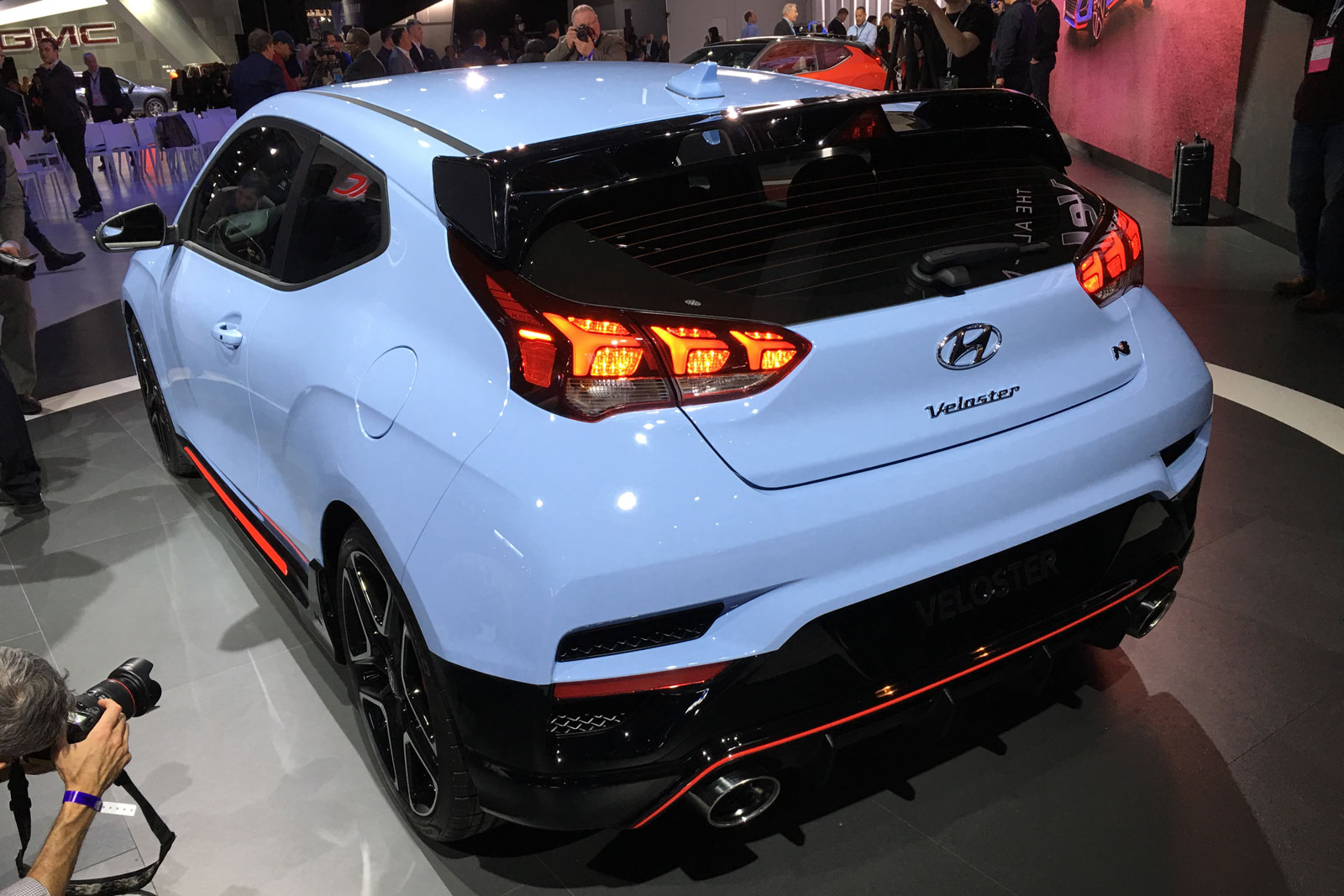 Engineers have equipped the Veloster N with the same electronically controlled suspension as the i30N that features an ultra-aggressive N mode for track driving. The system reduces body roll and adds composure during hard driving.

The front-wheel-drive car is fitted with a limited-slip differential to improve traction, while the powertrain’s characteristics can be altered through four drive modes – Normal, Sport, N and Eco - plus an N Custom setting, which offers a mix of settings. 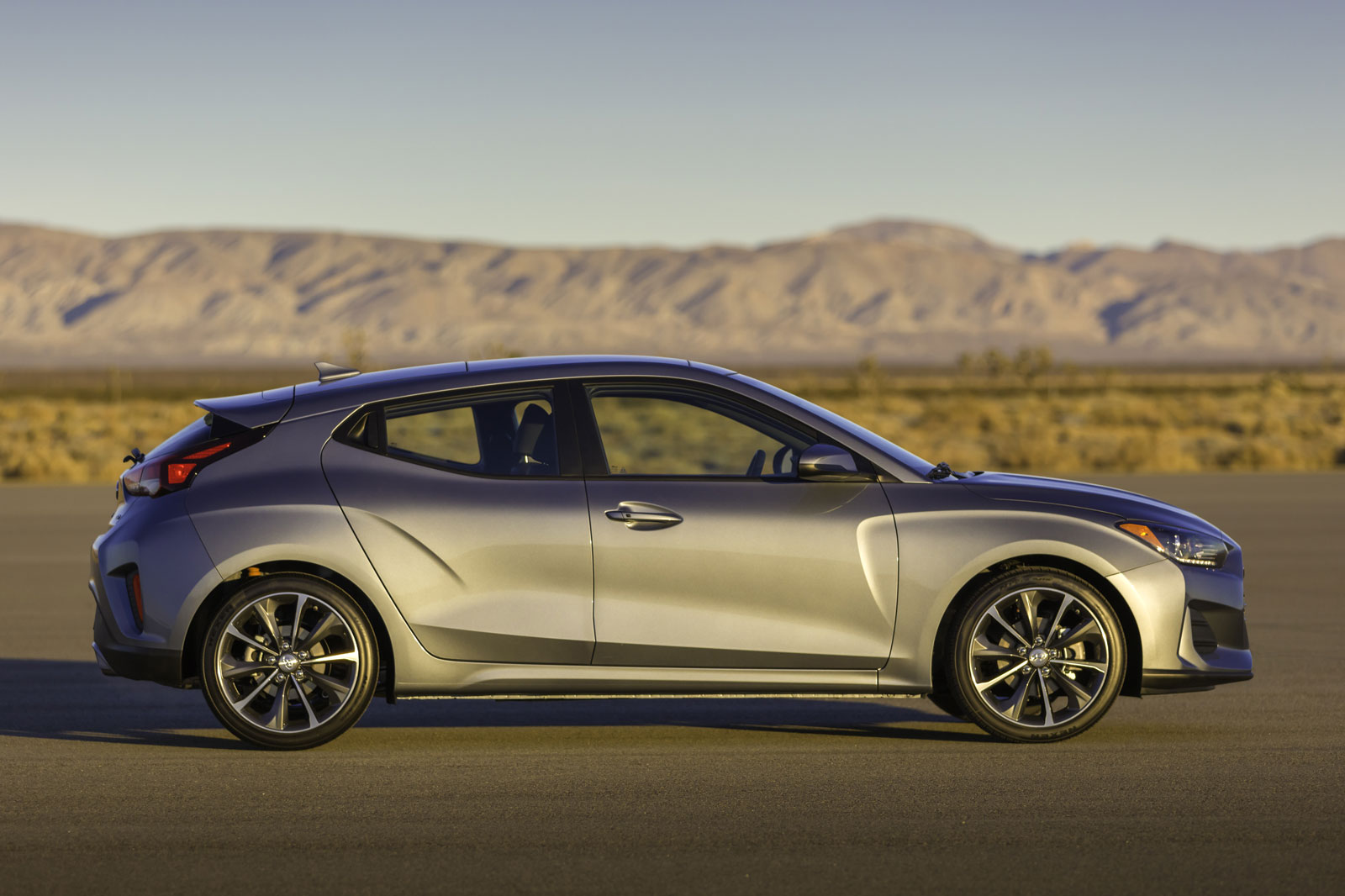 Beneath the N, the latest Veloster range also includes a Turbo model, which serves as a halfway house between the top variant and the regular range. The Turbo has a 1.6-litre engine with 201bhp and 195lb ft, while a naturally aspirated 2.0-litre with 147bhp is also available on the regular car.

Hyundai says it hasn't chosen to introduce the i30N in the US due to the model’s similarities with the Veloster N. It gives the same answer for not introducing the Veloster N in Britain.

Hyundai discontinued the Veloster in the UK in 2014 after just three years on the market due to low demand, replacing it with the Hyundai i30.

There's something really weird going on about 2/3 of the way along the body of this car ...  it looks like the mould broke whilst it was still setting and then when they opened th mould and found it set in a wonky fashion they just smoothed off the roof and underside.  Really uncomfortable to look at for any period of time.  The old car was a much nicer thing.

This car (especially the N version) should really put the cat among the pidgeons in the US hatchback market - the new Veloster looks more premium and sophisticated whilst still retaining its quirky design touches, and with the undoubtedly improved driving dynamics that would place it near, or if not at the top of its class, this car should be a big hit in the US. A shame we won't be getting it in the UK.
BeamMeUpScotty 15 January 2018

A touch of shooting brake from the profile...

...but a lil bit sedate styling compared to the previous Veloster -- not so humpy anymore -- makes it more desirable (subjective opinion, of course.)

Such a pity the US-only reserved really *hot* version though (the 1.6 turbo is also a reliable and enough oomphy engine, but too thirsty vs its euro rivals.)