The Force 1 is powered by an atmospheric V10 that comes mated to a six-speed manual gearbox; 0 to 60mph takes just three seconds
Close

VLF Automotive has revealed the Force 1 supercar at the Detroit motor show, ignoring requests from Aston Martin for the model’s launch to be cancelled.

The car has been built as part of a joint partnership between Henrik Fisker, ex-GM boss Bob Lutz and experienced racer Ben Keating. It’s a proper production model, and will be sold for $268,500 (about £186,500 at current exchange rates) in just 50 units. 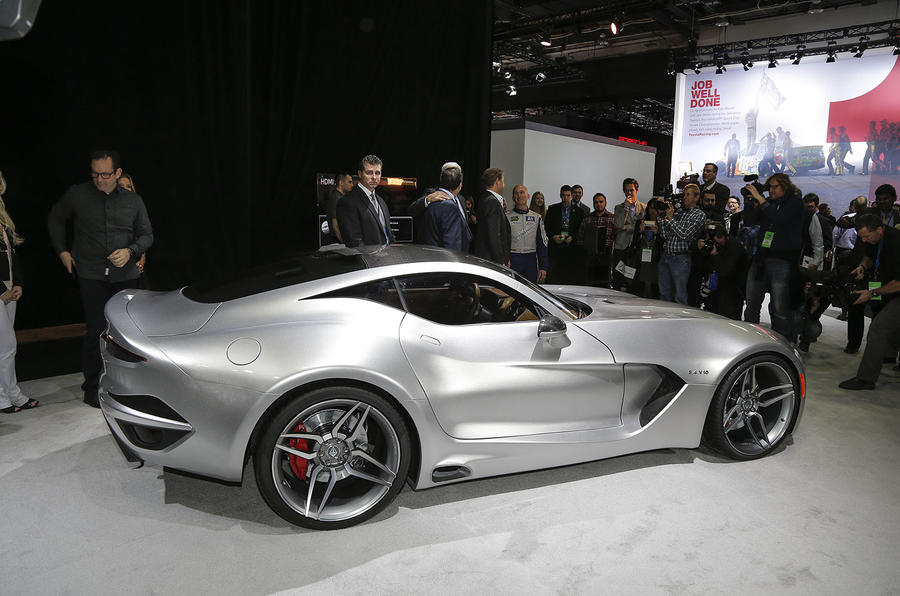 While that price might initially seem steep - you can buy a Ferrari 488 GTB for a little less - once you examine the specification of VLF’s two-seat, carbon-bodied coupe, it begins to look like an increasingly attractive proposition. Because under the bonnet of the Force 1 is the same naturally aspirated 8.4-litre V10 that you’d find in a Dodge Viper, and it’s capable of producing 745bhp and 638b ft of torque.

Drive is sent rearwards through a proper six-speed manual gearbox (a paddle-shift automatic is optional), and with just 1538kg to deal with, the V10 is capable of accelerating the Force 1 to 60mph in a claimed three seconds dead. The car can sprint to a quarter mile in 10.97 seconds, and top speed is a quoted 218mph - placing the Force 1 right at the sharp end of supercar-dom. 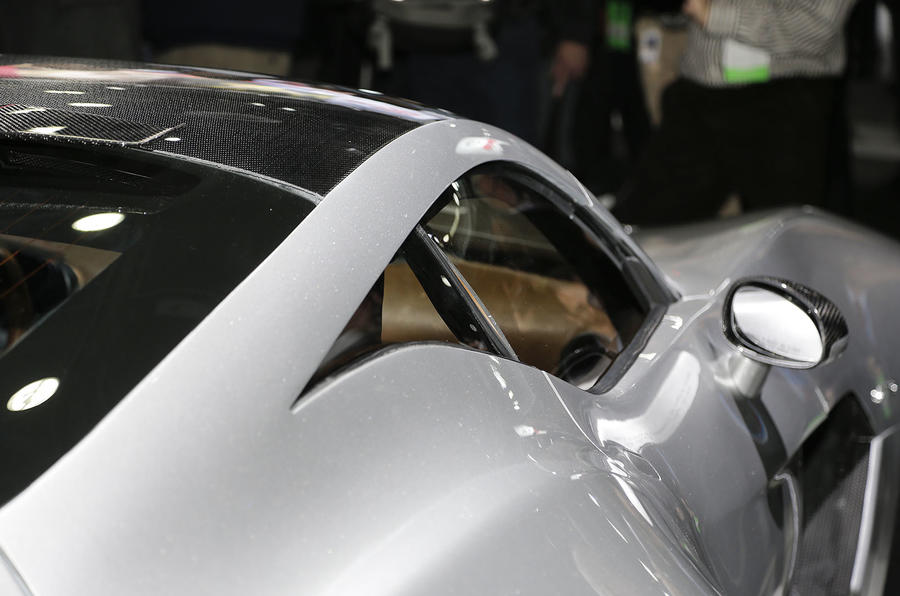 The chassis also uses complex computer controlled active suspension, the setup of which is said to have benefitted from Keating’s vast racing experience, while braking is handled by Brembo discs and calipers all round.

Only last week, Fisker opened a $100 million lawsuit against Aston Martin after the British brand claimed that Fisker - who is an ex-Aston Martin employee - had copied its DB10. Initial sketches certainly suggested the designs were very similar, but now the Force 1 has been fully revealed, it’s clear the resemblance is small.

This new Fisker is...

12 January 2016
As soon as I saw Bob Lutz was involved I lost interest.

More Merc than AM

12 January 2016
AM are stupid to have jumped the gun. Teasers are just that and they fell for it and ended up with some expensive egg on their faces.

12 January 2016
Is it my imagination or is the glass dirty underneath the roof spoiler/wing? It's difficult to take it seriously when they can't be bothered to clean it for its very public unveiling. In other news, it looks nothing like an Aston, so the outcome of any legal action should be easy to predict.

12 January 2016
Agree. Aston gave them plenty of free publicity and by associating them with Aston, however vaguely, some cachet too.

It looks good from the font but the side window is like something from a cartoon. Way, way over the top. Almost a cracker but trying far too hard.

Sam are you on Aston's payroll?

12 January 2016
Sam are you on Aston's payroll or get cars for free on the weekends? Fisker got a threat, not a request. The sketch could be of any car..and it is not a joke to extort or threat someone, as you make it sound in your article. You need to educate your readers...and not give biased views or distort the facts...

Different from an Aston.

13 January 2016
Mostly. Fair enough, it's not quite the rip-off of the DB10 that his initial sketch would have you believe. There's still a bit of Zagato in the mix there. And that front end is reminding me of other cars too. Mainly the Zenvo ST1 (look it up - way too similar!). Even the deep cuts in the flanks I've seen somewhere before. And with that long back end you get the feeling they've had high speed stability issues during its development.

13 January 2016
What were Aston worried about its hideous, how to ruin a perfectly good Viper. And Fisker are suing Aston Martin hahahhaha