Hyundai will launch a fuel cell electric SUV next year that will be capable of 497 miles in one fill, as previewed by this near-production ready prototype that was shown in Seoul last night.

The yet-to-be-named model uses fourth-generation fuel cell technology and produces 161bhp - 20% better than the ix35 Fuel Cell that the model will replace. Hyundai claims that the new SUV’s drivetrain has an efficiency level of 60% - a 9% increase on its predecessor.

The drivetrain's cold start capabilities are said to be drastically improved, with its minimum operating temperature now down to -30 deg. It is also fed by three tanks, up from two in the ix35, with walls that benefit from new plastic liner patterns so less material can be used. This helps to save weight. 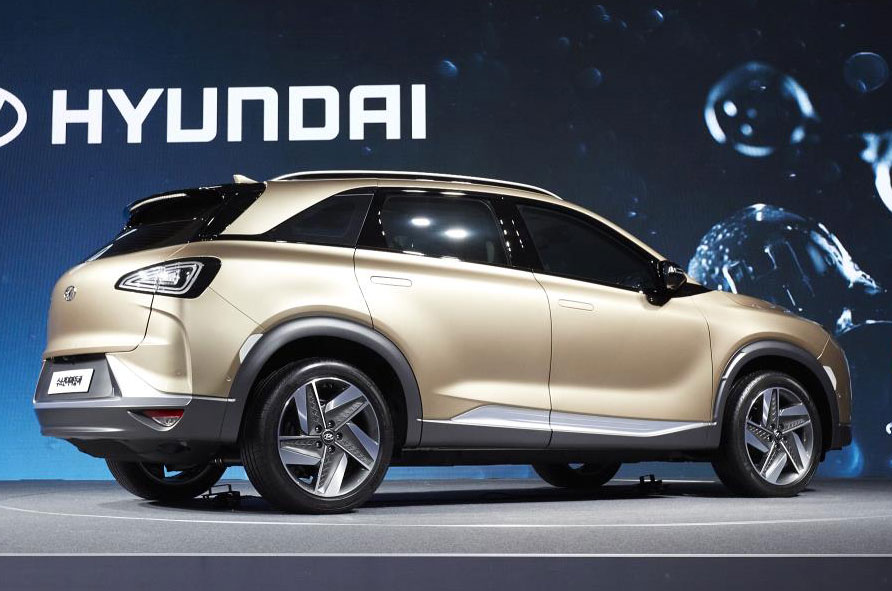 The model, which is due to be officially revealed at the Consumer Electronics Show in Las Vegas in January next year, will also showcase the brand’s latest autonomous technology.

Its design language is based on that of the FE Concept from this year’s Geneva motor show, with slim headlights and a cleanly designed dashboard.

The fuel cell car is the first of 31 new low emission models due from Hyundai and sister brand Kia between now and 2020. As reported by Autocar earlier this year, the next confirmed model will be an electric version of Hyundai's Kona in the first half of 2018. 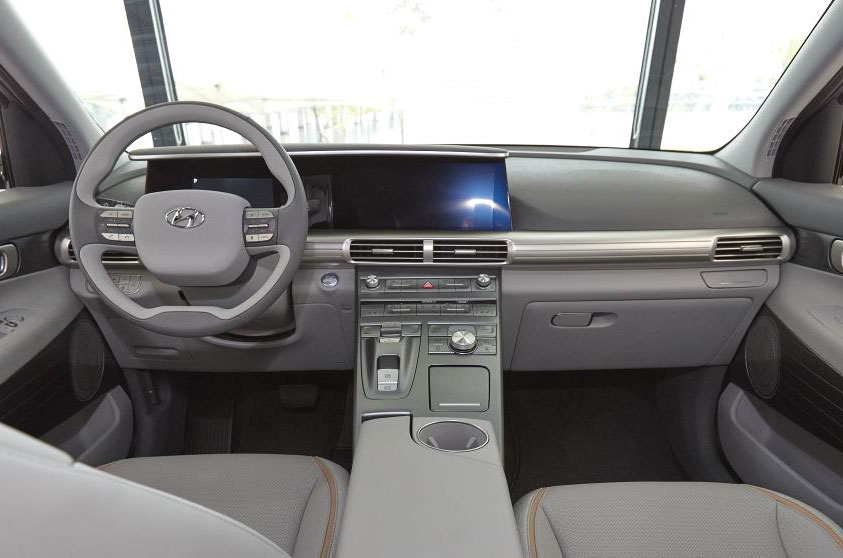 Luxury arm Genesis will then launch its own electric vehicle in 2021. Another EV with a range of more than 310 miles will arrive after that from one of the brands.

Hyundai was the first car maker in the world to launch a new model with three electrified powertrains when the Ioniq arrived this year. It comes in hybrid, electric and plug-in hybrid forms.

Credit where it's due; it looks like they tried really hard to make it as fugly as they could.  Well, well done, succeeded.  Are the Koreans going down the Japanese styling route?  Jeez!

This article is nonsense

1) The SUV is a hydrogen vehicle not electric

2) It doesn't have anywhere near a 497mile range

3) There is only one fuel cell vehicle due by the the end of the decade (not 31 as quoted). There are 3 additional electric vehicles to be added before 2020.

So many mistakes is this article, lazy journalism.

3) There is only one fuel cell vehicle due by the the end of the decade (not 31 as quoted). There are 3 additional electric vehicles to be added before 2020.

So many mistakes is this article, lazy journalism.

THe article refers to 31 low emission vehicles. It does not say that they are fuel cell powered.

Where do you get those

Where do you get those figures from? Other press reports say "will travel more than 580 kilometers (360 miles) between fill-ups"????