BACK TO ALL NEWS
Currently reading: Ford triples the size of its autonomous test fleet
UP NEXT
Alfa Romeo to show new sports car in early 2023

Ford triples the size of its autonomous test fleet

Ford is tripling its autonomous vehicle testing fleet as it surges ahead with the development of self-driving cars.

The new fleet of autonomous cars is based on the US-market Mondeo Hybrid. In total, around 30 vehicles will begin real-world testing in California, Arizona and Michigan.

All of Ford’s autonomous vehicle tests have been conducted using LiDAR sensors, created by supplier Velodyne. The newest generation of sensor, which will be fitted to the newly expanded test fleet, has a range of more than 200 metres and is capable of handling multiple driving scenarios. Whereas previous test vehicles featured four sensors in total, the new cars will have only two smaller sensors in place.

Ford’s global product development boss Raj Nair said: “Using the most advanced technology and expanding our test fleet are clear signs of our commitment to making autonomous vehicles available for millions of people.

“With more autonomous vehicles on the road, we are accelerating the development of software algorithms that serve to make our vehicles even smarter.” 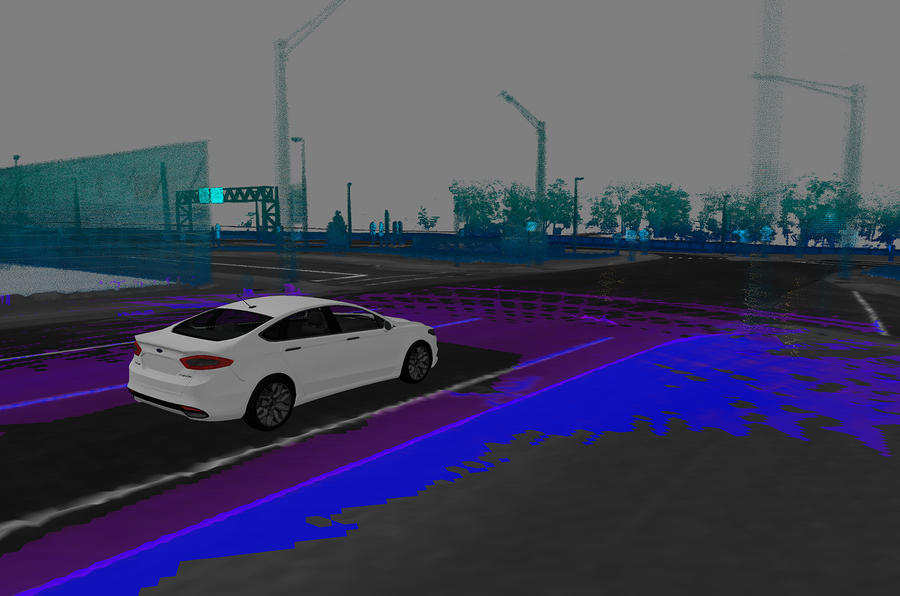 As part of the CES show in Las Vegas, Ford also revealed it is working with the United Nations to develop a vehicular platform for drone launches. The new platform, which would feature drones launching from an F-150 pick-up truck base before being used to survey disaster zones, would allow the drone to communicate with the car in real time.

The drone would be able to return to the car, even if the car has moved.

Ford also revealed that it is working with Amazon’s new Echo smart speaker to allow users to start their cars using voice activation through the device.

Speaking at the CES show, Ford boss Mark Fields said his company was keeping “one foot in today, and one foot in tomorrow”, and that Ford would look to “understand what the world is going to look like five, 10 even 15 years from now.”

Fields said Ford would begin to transition over the next year to become more of a technology company than a traditional car manufacturer, as the firm looks to move more into the mobility and transportation sector - which includes app development and taxi services.