BACK TO ALL NEWS
Currently reading: Peugeot, Citroën, Vauxhall to share platforms
UP NEXT
Britain's Best Driver's Car 2020: The main event

Peugeot, Citroën and Vauxhall will share platforms and multiple models in late 2016, it announced earlier today.

The first of the models will be a ‘compact-class’ Vauxhall/Opel multi-purpose van and a ‘compact-class’ Peugeot cross-over. The announcement is likely to form the basis of the next-generation Vauxhall Zafira and a replacement for the Peugeot 4007, the latter previously co-developed with Mitsubishi.

It is understood Peugeot is being lined-up to build these cars for both brands, which fits in with GM’s plan to close its Bochum plant in 2014/15.

The second ‘common vehicle project’ is a ‘small-car’ multi-purpose vehicle to be shared by Vauxhall/Opel and Citroën, possibly the replacements for the Meriva and C3 Picasso.

The third common project is described as ‘an upgraded, low-CO2, small car segment platform to feed Opel/Vauxhall’s next-generation of cars in Europe and other regions’. That could be interpreted as the Corsa/208/C3 or possibly the segment below. Although PSA is already in a joint venture for a city car with Toyota.

Finally, the two groups will co-operate on ‘a joint program for mid-size cars for Opel/Vauxhall and the Peugeot/Citroën brands’, which is widely expected to mean the Insignia and 508/C5; models struggling to sell in big enough numbers as European consumers down-size or switch to cross-overs.

Together with other cost-saving projects, the four common joint-model programmes are expected to save around £1.5bn a year for both companies. “All four projects will be developed combining the best platform architectures and technologies from the Alliance partners,” said a joint statement from PSA and GM.

They are also planning to further increase purchasing synergies and ‘explore other cooperation opportunities’. 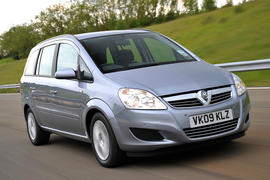 European market has matured past its peak and it looks inevitable that some brands will die but their likelihood of reaching this bleak fate can be reduced through parts sharing as each brand won't have to sell as much to make profit.

As for PSA, my two cents on it having a certain future beyond the 5 years is a foreign buyout from large automobile manufacturer, perhaps Chinese joint venture partner Dongfeng where it can thrive in a growing market and where Citroen already has a solid reputation. France can't be relied on given strength of VW in a shrinking market. After all it is China that saved Buick from certain death.

If the new V40 is anything to

If the new V40 is anything to go by, I think VW may well have a fight on its hands once the next generation of Volvos starts rolling off the production line, The XC90 is ancient but still sells well enough, the XC60 has been well received, the V60 and S60 are selling OK but they are on fairly old platforms with PSA/Ford engines, Volvo is developing its own new platform and 4 cylinder engines.

With its tuner Polestar, they appear to be able to make very acceptable performance vehicles the Polestar C30 and S60 exercises have proven that. IMO with their ecological image and scandinavian coolness they could become the next big thing, the dealerships have come on leaps and bounds since they left Ford, and their reliability and credibility factor are creeping up, you don't get voted best dealership in Germany without doing something right. The biggest thing going for Volvo, is that everyone secretly likes them, but just think they are too young to drive one, and they are not the traditional German choice of the sheep who see badge before any other consideration, watch this space.. With Ford and Opel/Vauxhall fading away there is a massive gap in the market for a semi premium brand with the right image.

If these product plans are

If these product plans are correct does this mean that the current Corsa won't be replaced until well after 2016? It will be over 10 years old by then, which, especially in the supermini class, is pretty old. Citroen, and particularly Peugeots offerings in this sector are considerably younger.