BACK TO ALL NEWS
Currently reading: Obstacles hinder revival of historic German marque Borgward
UP NEXT
New 2023 Porsche 911 GT3 RS is "most track-focused" ever

The long-promised European reintroduction of historic German marque Borgward appears to have been put on hold as the Chinese-backed firm has quietly wound down its presence in the market.

German publication Automobilwoche reports that the revived brand has run into difficulties after Chinese commercial vehicle manufacturer Foton sold its majority 67% stake to ride-hailing and car-rental firm Ucar in 2019 for $614 million (£470m).

Ucar’s use of the Borgward BX5 and BX7 for its mobility services in China initially bolstered the brand’s struggling sales, but an innovative retail model is said to have become an obstacle to its wider roll-out.

Automobilwoche reports that Borgward has sold just 5000 vehicles in the first half of 2020 and faces further uncertainty as Ucar shareholder Charles Zhengyao Lu has become the subject of an accountancy scandal. 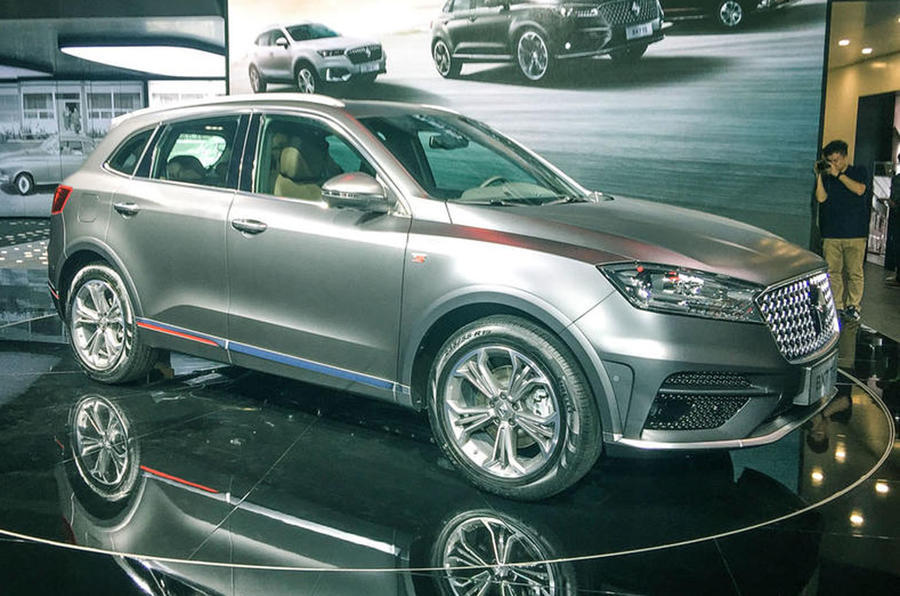 Lacerda told the publication that there's no indication Borgward is plotting to withdraw from Europe, but sales figures have fallen someway short of the brand’s original ambition to shift 800,000 units globally by 2020.

At the end of 2018, Autocar reported that Borgward was to introduce its SUVs to the UK and Irish markets the following year, working with Birmingham-based importer International Motors. There has been no official update on this plan in the last 20 months, and reports suggest that the brand no longer maintains its European headquarters in Stuttgart, Germany, as was the case in 2018.

The most recent news update on the brand’s European website is from 14 December 2018, while the electric BXi7 SUV appears no closer to launch than it did when it was revealed in 2017.

Borgward had planned to open a bespoke European factory in Bremen, Germany, but its reservation on the 140,000sqm site lapsed in June 2019.

Borgward SUVs to be sold in UK and Ireland (from 2018)

Not suprising. Does anyone

Not suprising. Does anyone really need another Audi / Skoda cloned SUV with Chinese backing? I remember seeing the launch at Geneva - lots of info about their rich heritage, but then the new car was totally forgettable. Bad strategic planning.

Not suprising. Does anyone really need another Audi / Skoda cloned SUV with Chinese backing? I remember seeing the launch at Geneva - lots of info about their rich heritage, but then the new car was totally forgettable. Bad strategic planning.

Various people, including me, predicted this 'brands'  total lack of success. Slapping a forgotten German badge on a cheap Chinese SUV and charging premium money for it is cynical in the extreme. The so-called 'head office' in Stuttgart was a sop to branding in China, but would never have convinced western buyers. No wonder it flopped.

I enquired twice about becoming a UK dealer . . .

. . . as a big fan of the marque's history, and they didn't even bother to reply.

So they can take a hike.