Nissan has suspended vehicle production at all of its plants in Japan while it investigates failings in the vehicle inspection process.

The dramatic move, which will involve shutting every Nissan and Nissan Shatai plant in the country for at least two weeks, stems from the firm’s early investigations into vehicle inspection failures discovered by the Japanese Ministry of Land, Infrastructure and Transportation (MLIT) in September.

Nissan has shut down production so that it can adjust its final vehicle inspection lines to match the configuration submitted to MLIT and in a release said that it will also separate the final inspection process from other parts of vehicle production.

The company has also started a process of reinspecting vehicles that were affected. It will re-examine the 34,000 vehicles produced between the initial MLIT notification and the present, and is considering a recall of potentially affected vehicles – a number that could reportedly top more than a million.

The issues relate to only Nissan’s Japan plants and for vehicles sold in the Japanese market. 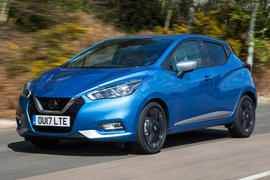