BACK TO ALL NEWS
Currently reading: Larger cars blamed for rise in parking accidents
UP NEXT
Drawing fire: We talk to BMW's design director

A growing number of new cars are getting too big for British parking spaces, leading to an increase in parking-related accidents.

According to data released by accident aftercare specialist Accident Exchange, car parking prangs have cost British motorists £1.4 billion in the past 12 months, representing 30.85% of claims recorded by the company.

This is an increase of nearly 8% on the same period from the year before, leading to suggestions that the growth in car sizes and slow response of car parks to cater for them is to blame.

Autocar's Smart Fortwo was damaged in a car parking accident

However, Britain's biggest car parking operator National Car Parks (NCP) has now said that it is increasing the size of spaces in several major cities, including Manchester, Bournemouth and London. An NCP spokesperson told The Times "We are moving towards making the bays wider as we recognise that vehicles are growing in size, especially SUVs. Going forward, it is our intention to provide bigger parking bays wherever possible to do so."

This means the NCP spaces are larger than the Government's recommended sizes, which were created in 1987 when the average car was significantly smaller.

Large SUV models such as the Mercedes GLS (pictured below) and Audi Q7 measure more than five metres in length, exceeding the government’s recommended length for a British car parking space, which is 4800mm, by more than 200mm. Even common models such as the 4871mm-long Ford Mondeo and 4842mm Vauxhall Insignia exceed this guideline size. 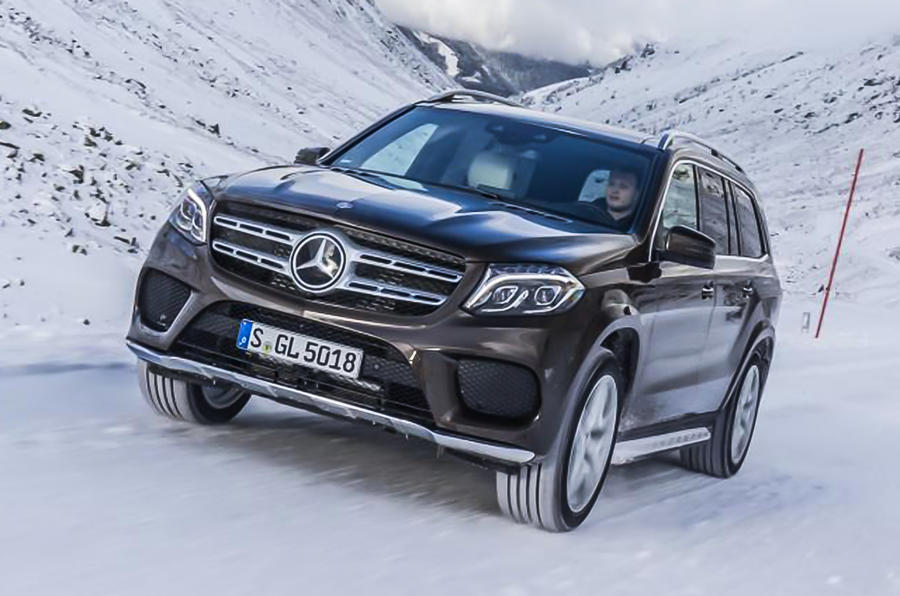 The government’s recommendation for 2.4m-wide wide parking spaces also leaves occupants with little room to squeeze out of their cars. A Volvo XC90 is 2008mm wide, so if it's parked between two other cars, occupants would have less than 20cm of room on each side to get out. This, suggests Accident Exchange, is increasing the number of door prangs.

Accident Exchange found that 87% of UK councils stick to the car parking space guidelines, emphasising the scale of the problem.

Scott Hamilton-Cooper, director of operations at Accident Exchange, said: “Drivers are having to squeeze increasingly large cars into spaces that generally haven’t got any larger for a very long time.

“Almost all of the councils we researched carried over the government’s recommendation, which makes things tight for large cars. This could be contributing to the rise in car parking incidents we are seeing.”

I reckon that cars made 10 or

I reckon that cars made 10 or so years ago better suit today's needs, in absolute terms.

Older cars :
- fit the roads & parking spaces, not being too wide
- don't beep all the time (I like parking sensors, but the rest of the endless 'helpful' or 'warning' noises new cars make are just ridiculous)
- don't have all this 'connectivity' that distracts us & offers us choices we don't need
- do what I want them to do, rather than doing what the car thinks I want
- have thinner A B C pillars & enough glass to actually see out (and somehow passed the still-reasonable crash tests of the day)
- have the same amount of useable interior space as modern equivalents
- are perfectly fast enough, with acceptable fuel consumption
- can be bought in great condition for a fraction of the current equivalent
- don't depreciate
- are very often more fun to drive on the open road

Kylie . although Hazel `s posting is really cool... I just got a new Lotus Carlton since getting a check for $6937 this month and just over 10/k this past-month . with-out any question its the most financially rewarding Ive had . I began this 10-months ago and almost straight away startad earning over $72, per-hr . try this <<<<< >>>>> www.Webpay5.com
winniethewoo 21 November 2016

The cars need to score well on this sort of test hence the thick pillars.
View all comments (21)