BACK TO ALL NEWS
Currently reading: Koenigsegg supercar due in 2020 with electrified 5.0-litre V8
UP NEXT
New Aston Martin DBR22 is £1.5m, V12 speedster

Koenigsegg supercar due in 2020 with electrified 5.0-litre V8

Koenigsegg is planning to attract new customers with a much cheaper and higher-volume new model, according to boss Christian von Koenigsegg. It’s set to be revealed next year, with production beginning soon after.

The Swedish hypercar maker is now able to make use of far greater economies of scale thanks to a £130 million investment earlier this year by Chinese-owned firm New Electric Vehicle Sweden (NEVS, producers of a Saab-based EV).

The partnership has given the firm a 20% stake in Koenigsegg’s parent company, with further money to be invested in a joint venture to develop a project for “new and untapped segments”.

Von Koenigsegg claims the agreement, which was signed just as funding for a new model series had been secured, means “we get much more muscles and much more jobs, and that was what I was looking for”. 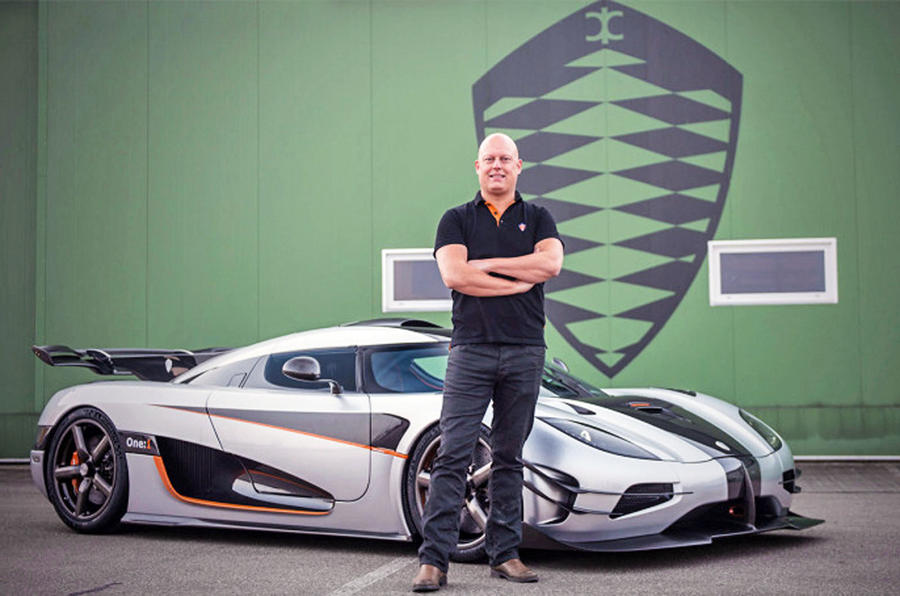 Autocar understands the medium-term plan is to build and sell a new supercar at a price of £700,000 to £800,000, less than half that of the firm’s current cheapest model, the Regera.

The supercar has been under development for two years but the NEVS deal allows Koenigsegg to raise the pace of development and present the car in the first half of 2020.

The exact specifications of the new model have yet to be revealed, although we know that it will feature the tried-and-tested twin-turbocharged 5.0-litre V8 with some form of electrification.

Alongside this, it will also use a ‘free valve’ system from sibling engineering firm Freevalve AB. Such tech allows the intake and exhaust valves to be controlled freely without the use of camshafts, resulting in lower fuel consumption, reduced emissions and greater performance.

Other models are in the pipeline, although details have yet to be revealed. They will be developed and built at Koenigsegg’s facility in Ängelholm, Sweden, with a new final assembly plant set to be built. However, NEVS also owns the assets of now-defunct Saab, so there is potential for it to make use of a substantial production, research and development facility in Trollhätttan.

Don’t expect the new investment and ambitions to make Koenigsegg a big-volume maker, though. Last year, it produced just 18 cars and its aim is to extend that up to and above 100 cars a year in the next few years with the new, cheaper car. Longer term, that could breach four figures, depending on the roll-out of future models.

The only economy that isn’t at the moment in free fall, so China has companies with big bags of cash to go car company Fishing.....?

Where do you get your

Where do you get your economic stats from Peter?  China by any chance?

i just love the cheeky but clever AUTOCAR just above the door sill. Bravo

No Real sluggo.  It says

No Real sluggo.  It says 'Autocar' above the doors because it is an entirely made up and speculative drawing produced by Autocar.