BACK TO ALL NEWS
Currently reading: Citroën 'reboot' to include electric cars and more expressive design
UP NEXT
2024 Mercedes C-Class EV spearheads brand's electric rebirth

Citroën 'reboot' to include electric cars and more expressive design

The ‘rebooting’ of the Citroën brand will continue with the launch of a mid-sized SUV model and eventually extend to an eight-model line-up of passenger cars, according to Linda Jackson, the firm's CEO.

Citroën's new mid-sized SUV will be based on the Aircross concept (pictured). It has been confirmed that the new SUV will be built at the PSA Group factory in Rennes from early 2018, after originally being pencilled in for production outside the EU.

The new C3 has been revealed - take a look here

Jackson also confirmed that the brand would be launching two new electric vehicles – one in the B-segment in 2019 and the other in the C-segment in 2020.

Despite the expressive styling and character of the C4 Cactus and new C3 supermini, Citroën remains committed to competing in the mainstream C and D-segments, according to the brand's product director, Xavier Peugeot.

Speaking at the press unveiling of the new C3, Peugeot told Autocar that, after Citroën's split with DS, the aim was to reinvent the marque as "attractive, fresh and modern… we will be different, but not crazy". 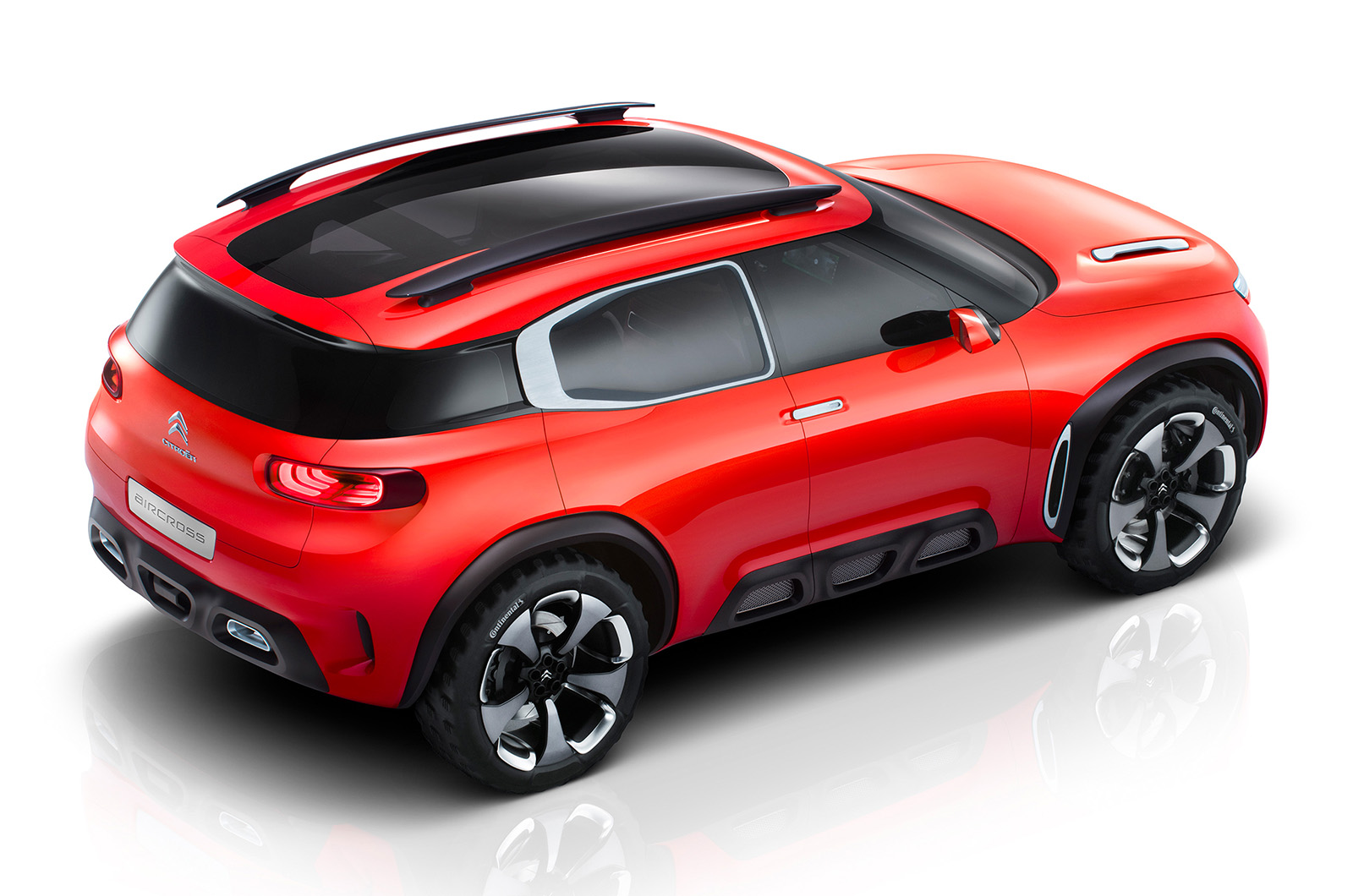 The eight bodystyles will be global models, but Peugeot hinted that new models will be tweaked to suit different markets. Vehicles heading for China are likely to be toned down for local market tastes, with the new China-only C6 limo showing how exterior styling will be more conventional and chrome-laden.

"We want to be modern and fresh, but these values will have to be adapted to each segment and market," Jackson told Autocar.

Xavier Peugeot suggested that Citroën is unlikely to abandon the C-segment hatchback market and rely solely on a crossover such as the production Aircross. The need to produce C-segment saloons for global markets is one of the reasons that a conventional C4 five-door will survive in the company line-up.

The shape and style of a C5 successor and a replacement for the company’s big MPV are currently under discussion, Peugeot said.

While Citroën will focus on "advanced comfort" as one of the new key brand messages – "making drivers feel at home," according to Jackson - a World Rally Championship derivative of the new C3 supermini will run in the 2017 season.

Xavier Peugeot hinted that there will also be a performance-orientated production version of the C3 inspired by the WRC car and targeted at younger drivers. Performance versions of Citroën's other upcoming new models are highly unlikely, though.

Citroën's global sales last year were a modest 1.16 million, with 731,000 sold in the EU and 302,000 in China. Although the brand has not stated its future sales target, it is estimated that it wants to boost sales by around 20% to 25% over the next five years.

"Xavier Peugeot hinted that there will also be a performance-orientated production version of the C3 inspired by the WRC car and targeted at younger drivers. Performance versions of Citroën's other upcoming new models are highly unlikely, though."

Considering they wanted to separate the DS and Citreon brands, why would they consider a WRC C3 when they already have the DS brand competing?

Surely the DS brand is a better fit for WRC?

A proper Citroën, large, small or batty, should cosset you. If you've been for a fine meal, you don't want your insides roughed up like so many cars do today, allegedly in the name of 'rewarding driving'. I had the misfortune to use my wife's Bravo T-jet this week while my C5 was serviced. It was not a pleasant experience and felt like the C5 would if the suspension had collapsed. Ain't nobody got time for that.
If Citroën can crack this gaping hole in the market then they should do well, at least with their smaller cars. Bigger ones are more of a problem because of badge image but one really good model could change a lot of that, even if the Teuton Boys continue to stick to their brands like they do lane 3.