BACK TO ALL NEWS
Currently reading: Analysis: why the public is split on speed limiters
UP NEXT
Lamborghini boss details 2023 super-hybrid and new models

Analysis: why the public is split on speed limiters

Half of car buyers are in favour, but only a quarter are against, our survey finds
Share
Close
Share story

The recent burst of publicity around the mandatory introduction of speed limiters on new cars from 2022 has certainly brought them to the attention of car buyers. But how will they be received?

Are they seen as a brilliant safety initiative that will save lives or an Orwellian intrusion adding to the danger of our roads by taking control away from the driver? Market research firm Simpson Carpenter questioned more than 1000 car buyers on behalf of Autocar to find out.

Support for speed limiters is strongest among women and those intending to buy a hybrid or electric car next time. 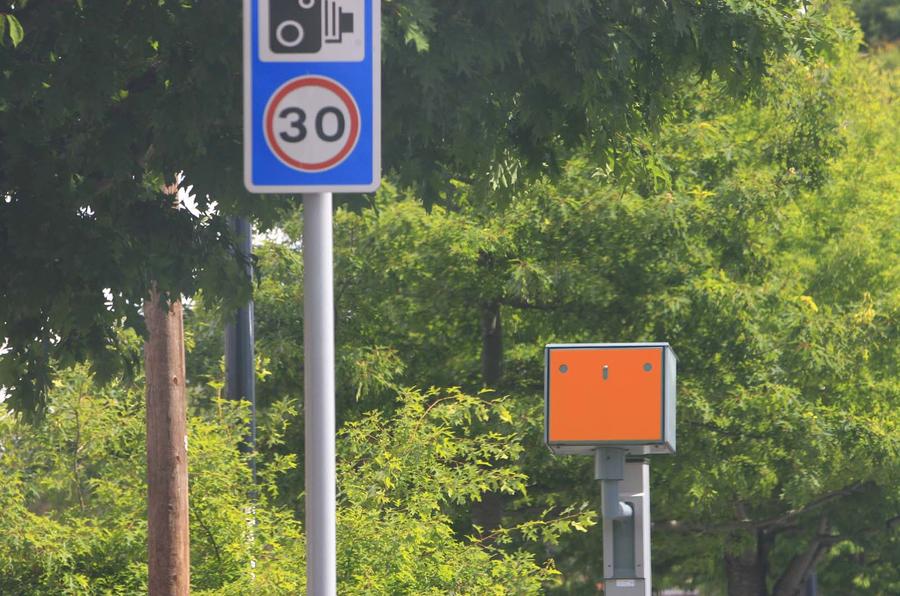 The most strongly opposed are those whose car has an engine size of 2.0 litres or bigger. Among this group, there are as many opponents as supporters (39% in each camp) and opponents are nearly twice as likely to feel strongly about the issue as supporters.

Reasons given spontaneously for favouring speed limiters focus on the expected improvement in road safety and the reduction in the number of people speeding.

Among supporters, those intending to buy a hybrid or electric car next time round are much more likely to point to road safety and reducing accidents as the reasons for their support. Older drivers are more likely to cite the reduction in the numbers speeding. 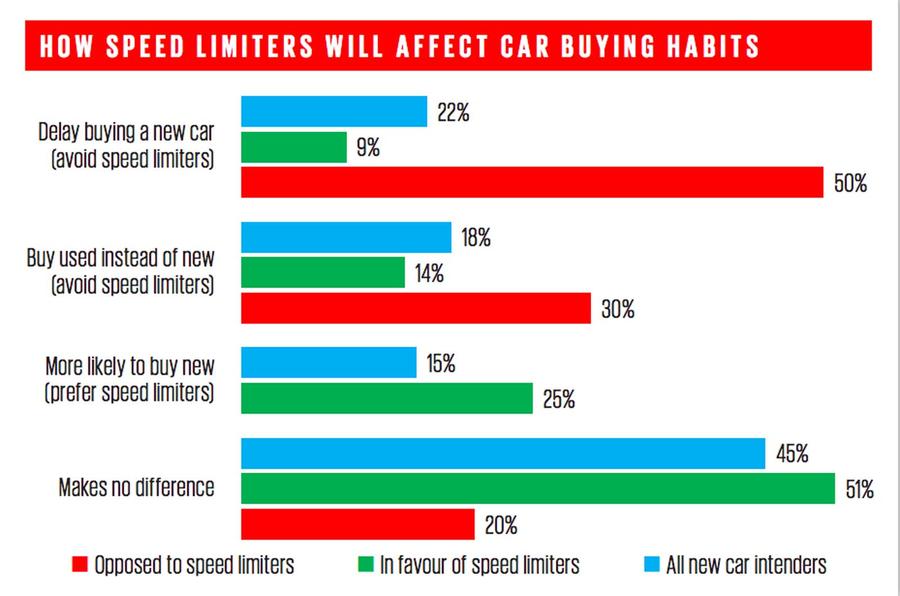 Questioned in more detail, a strong majority of car buyers agree that reducing speeds will be good for the environment and will save thousands of lives each year. Nevertheless, there are major reservations: more than half think that drivers are better than technology at deciding on the right speed. Nearly half (47%) think speed limiters are a major intrusion into personal liberty and 41% believe they’ll cause more accidents than they prevent.

What is remarkable is the stark difference in opinion between those in favour and those opposed to speed limiters, particularly in relation to their safety benefits and their intrusiveness. Nine in 10 of those in favour believe speed limiters will save thousands of lives each year. In contrast, more than eight in 10 of those opposed believe speed limiters will cause more accidents than they prevent. Almost nine in 10 opponents see them as a major intrusion into personal liberty, with as many as six in 10 feeling very strongly about their intrusiveness.

The bad news for the industry is that many new car buyers plan to take avoiding action. Half of those against speed limiters say they will delay their next purchase so they can keep on driving without restriction and a further 30% say they will buy used rather than new. Even among those in favour of speed limiters in principle, nearly one in four will seek to avoid them.

The good news is that one in four of those who support speed limiters say they would now be more likely to buy a new car. However, the net effect looks like being another drag on new car sales.

Opinion: Speed limiters may create more dangers than they prevent​

Those poll numbers are

Those poll numbers are absolutely terrifying! How could anyone not see this as a monumental threat to personal freedom? The acquiescence to this displayed is truly disturbing. Perhaps it’s a US vs UK/EU thing (I’m in the US), but it seems clear, and shocking, that the notion of individual liberty simply does not exist in the UK or EU. Numerous studies have shown that accident and fatality rates are NOT reduced by lowering the speed limit, nor are they increased by raising the limit (at least up to a point). Rather, it’s appropriate speed that matters. When the US abolished the national 55 mph limit, politicians, safety lobbies and insurance companies screamed about how vastly increased numbers of people were going to be killed. It simply didn’t happen. There are SO MANY more driver actions and behaviors that cause accidents, injuries and fatalities than speed on its own. Over the last few years, in a stunning reversal of decades of steady reductions, the fatality rate has increased significantly. The only thing that has changed is the frightening and inexcusable increase in texting while driving (and related phone-based lethal stupidity). And those who suggest that being forced to drive slowly – slower than is reasonable for the conditions – doesn’t lead to decreased levels of concentration and an increased likelihood of a driver succumbing to distraction are very wrong. Dangerously wrong. If they really want to save lives, then fight distracted driving. Again, the acquiescence to this magnitude of governmental control over people by this proposal is stunning, disturbing, and very, very sad. How is there not a massivie revolt against this? It is the definition of Orwellian. Not only that, it won't accomplish its supposed purpose. I will NEVER by a car that has such a limiter. NEVER. NEVER. NEVER.

I'm personally not a fan of anything that takes routine responsibility away from the driver.

I also fail to see how this is going to save thousands of lives as RTAs where speed was a direct contributing factor was less than 1000 as previously stated.

I 12 years of driving I have never once been caught speeding or been invovlved in an RTA. That isn't because I spend my entire time 5mph below the speed limit. I regularly actually travel at faster than the indicated limits, if the car I'm driving, the condition of the road I'm driving on, the surroundings I'm driving in, the weather conditions I'm driving in and the traffic driving arouund me allow me to. Not excessively, mind. But then again, I keep my focus on the road ahead and around me.

I will quite often coast through the first part of a village where the speed limit drops from 60 to 30, allowing the car to slow itself down as it allows me to focus on what is around me and not on what speed I am doing at that specific moment. Eventually the car slows itself down through engine breaking, air and rolling resistance to the speed limit and I maintain that. I've also saved the environment by doing that as the period of coasting allows the engine to use practically no fuel and I've not had to use my brakes which keeps the wear down on those.

As any racing driver will tell you, speed itself is not fundamentally on its own dangerous. It's the application of too much speed in the wrong circumstance that is. Sometimes travelling at the speed limit is dangerous due to the conditions and circumstance around you, this will not do anything to change that. It will in fact make the problem worse as people will be de-sensitized from it. The car takes care of them not speeding so they don't have to bother to check what speed that they are doing.

Here in Australia - an insight into a speed-limited future

Yes, we are due to have compulsory speed limiters too. Already the state of Victoria (Melbourne) has stated they will adopt the limiters. This is no surprise, Victoria has taken a no-tolerance approach to any speeding for many years. That means 2km/h over the limit anywhere, anytime and they'll book you. What has this achieved? Well, despite cars becoming ever safer, the accident rate has been climbing.

I live in NSW and recently drove through Victoria during a visit to some friends. It was a horrible experience, especially on motorways where motorists sat with their cars on cruise control at 100km/h, all much too close to each other and swapping lanes for no reason whatsoever - I think to relieve the boredom. Nobody dares speed, so you have large groups of cars travelling in frustrated packs, tailgating each other, too scared to accelerate into a safe space away from the hoard in case they get booked for speeding.

Needless to say, this is a recipe for disaster. One small mistake would trigger a multiple car accident. This is what I suspect will happen when we have speed limiters after 2022. More frustration, and more accidents. Welcome to the future.