BACK TO ALL NEWS
Currently reading: Analysis: How Covid has opened new doors for China's car industry
UP NEXT
True blue: Ford Sierra RS Cosworth vs Mustang Mach-E

The arrival of 4000 sheep in the Hubei province of China earlier this month may have passed you by, but the significance of the transfer shouldn’t. Gifted by Mongolian president Battulga Khaltmaagiin, they were a symbol of wealth and health; the offer to send them was first extended in February, when he became the first foreign dignitary to visit a post-Covid-peak China, their final destination the dinner tables of Wuhan.

That the epicentre of the outbreak should now be in a position to celebrate its emergence from the crisis may well feel extraordinary to anyone back in lockdown in Europe right now, but it’s an indicator of the success with which China has dealt with and emerged from the pandemic.

While infection and mortality statistics are hotly debated, there’s little doubt that the dragon economy is now surging again, almost certainly in better shape in global terms than where it was positioned at the start of the year.

“The turnaround has been stunning,” says Bill Russo, CEO of Automobility, a Shanghai-based automotive consultancy. “The moment lockdowns lifted, there was a shift in behaviour – not just to pre-pandemic levels but something else again.”

Analysts have been pouring over the reasons why, looking for clues as to how China has achieved so much so soon. Governments the world over hope that it can provide a blueprint. In the initial months after the peak of the crisis, the recovery looked problematic; heavy industrial investment lifted the economy, but it wasn’t matched by a burst of consumer spending, as effective track-and-trace processes, abundant testing and rigorously enforced quarantines subdued the public mood. Crucially, though, these actions also suppressed the spread of the virus, so before long, even major cities were reporting days, then weeks and then months of no new cases. Then the spending began.

European nations of course experienced similar, with the trough of the first lockdown followed by a summer surge of buying. However, these have now almost universally been cut down by further curbs. 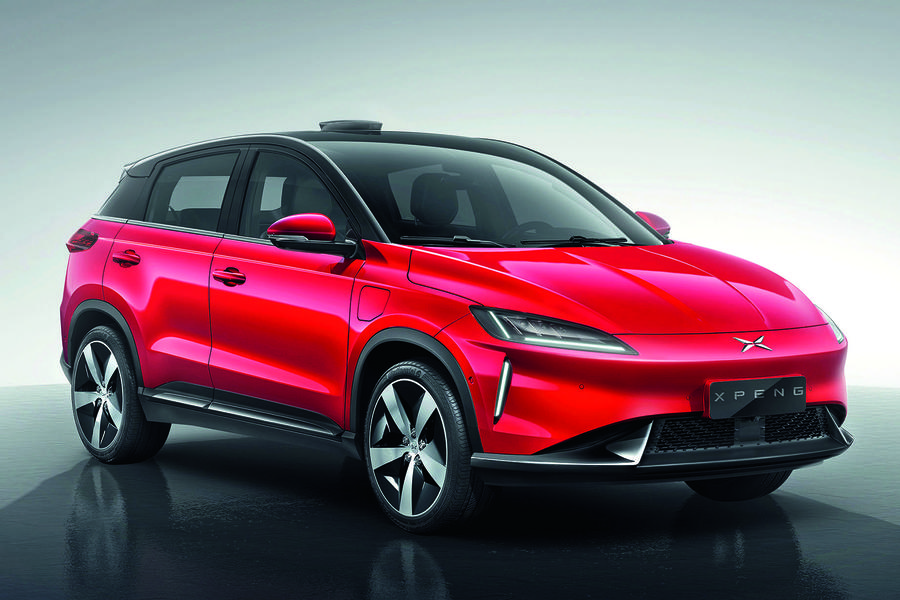 It helps too that China has a still-emerging middle class, especially outside of the major cities. Government subsidies and incentives have also been well-judged. In recent months, industrial spending has been up around 7% year-on-year and consumer spending 4%. Despite its economy shrinking by 6.8% in the first three months of 2020, China is now predicted to be the only major economy to record year-on-year growth; forecasts suggest a 2% rise, while the US will shrink 4% and the UK 10%.

At the heart of this has been the automotive industry, whose turnaround makes for remarkable reading. In October, the Chinese market posted its sixth consecutive monthly year-on-year rise in new car registrations – a stunning result, given that the figures in the world’s largest car market had been stagnating for almost two years prior, dipping for each of the preceding 21 months.

While bumps are still expected in the future as a variety of stimulus packages are withdrawn (ranging from a £1 billion fund to drive EV uptake to the easing of restrictions put in place to slow car-buying in polluted cities), it’s predicted that 2019’s total registrations figure will be comfortably eclipsed by 2022.

“It looks sustainable,” said Russo. “The new car figures are impressive, but this is about a whole-market move to mobility, including commercial vehicles, used vehicles and over forms of micromobility, such as e-bikes and scooters.

“It’s driven by a desire to escape the petri dish of public transport during a pandemic, but this is an upwardly mobile population that will want to keep enjoying the benefits of personal transport.”

So it is that China’s position within the global car industry has strengthened again, with numerous Western companies’ fortunes intrinsically knitted into its fortunes.

A measure of its importance, for instance, can be seen in the Volkswagen Group’s financial records. Its 12 brands posted profits of £3.2bn in the third quarter of 2020, the figures driven most strongly upwards by strong Chinese demand for Audi and Porsche; it lost £1.2bn in the first half of the year.

At times in this tumultuous year, the Chinese market has accounted for upwards of 40% of the German giant’s sales volume and 30% of its profits.

The flipside to that story, and a cautionary tale of over-reliance on what have long been rapidly evolving market tastes, is the ongoing catastrophe of the PSA Group’s sales collapse in China. Back in 2014, it recorded more than 700,000 registrations through its joint-venture partnership, eclipsing sales even in its native France. Heavy investment in manufacturing plants and retail sites followed but sales didn’t, as German and Japanese rivals eroded its advantage and Chinese firms got their acts together to sell cheaper, capable alternatives. This year, PSA is expected to sell fewer than 50,000 cars in China. 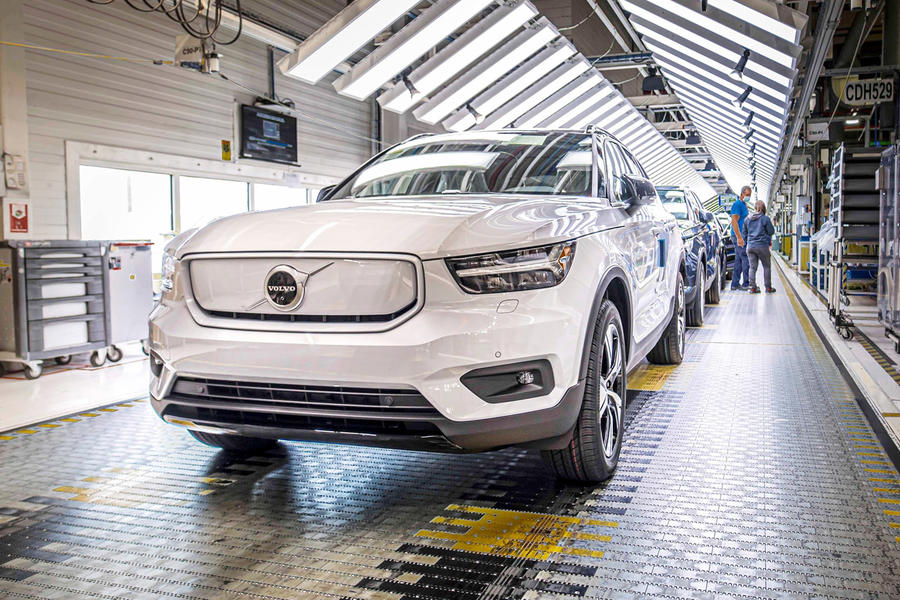 Few doubt that the threat of this happening to other Western brands is growing, as local manufacturers continue their rise across the budget, mainstream and premium sectors, offering capable and cost-effective transport, with a heavy emphasis on eclipsing the more upmarket Western brands by offering superior electric range and connectivity options and by being more agile and ingrained in online sales and marketing techniques.

At one end of the scale, the two-door, £3800 Wuling Hongguang Mini EV has recently become China’s best-selling EV, eclipsing the Tesla Model 3; and at the other, Nio, a premium EV maker with global ambitions that’s listed on the New York Stock Exchange, has enjoyed a near-600% rise in its valuation since 2018.

Back in March, Hui Zhang, Nio’s vice-president for Europe, told Autocar: “We have worked hard to engage audiences in lockdown and can see the pent-up demand is there.”

While a full economic recovery for China is nigh-on impossible in the context of global depression (even this famously inward-looking market is reliant on export and export trade), there are even suggestions that the country’s relatively positive performance will accelerate both the launch of more Chinese brands into global car markets (Changan, Nio, Xpeng and others are all eyeing Europe, for instance) and raise the prospect of Chinese firms investing in or acquiring struggling Western brands. Geely, already the owner of Lotus, Lynk&Co, Polestar, Volvo and the partowner of Mercedes, Proton and Smart, tried to invest in Aston Martin before its sale to Lawrence Stroll, and Mercedes’ newly increased holding there has raised speculation that its interest could be piqued again.

“The market valuation of Nio is now ahead of GM, BMW and more,” says Russo. “The next battleground is around smart, connected, electric vehicles. The most advanced Chinese car makers believe they have an advantage there, and they’re operating in the world’s largest car market, so they can grow scale and revenue quickly at home before looking to become global brands. The ingredients for success are there.”

As is so often the case with contemporary Covid-related analysis, it’s impossible to predict where it will end, but few doubt that the Mongolian sheep are likely to do anything but remain a footnote in a tale of how the pandemic re-energised the Chinese car industry and accelerated China’s global authority.

Log in or register to post comments
Marc 23 November 2020
It isn't too difficult to achieve what they have done given access to endless cheap labour, an incredibly corrupt governance system, virtually no legislation (unless you're a foreign company) and an economy built on deceit.
Haz989 23 November 2020
It's easier to undercut the Western competition when you have access to slave labour I suppose!
lambo58 23 November 2020

The sheer ignorance of muppets like you- ah well, any excuse to explain away our lack of success

The sheer ignorance of muppets like you- ah well, any excuse to explain away our lack of success

One question lambo, regardless of how it started or why, where did Covid start.

Omigod- the conspiracy idiots- like a James Bond novel