BACK TO ALL NEWS
Currently reading: Analysis: How UK grid will cope with an EV revolution by 2030
UP NEXT
First drive: New 2021 Bowler Defender Challenge racer

Analysis: How UK grid will cope with an EV revolution by 2030

It has been clear for a while now that electric vehicles are coming. If the sales charts and chatter on social media weren’t clues enough, the UK government’s announcement of a 2030 ban on the sale of new ICE cars is the future writ large in bold font. But as Brits start to buy more EVs, many people are worried about the infrastructure to charge them and whether it can cope.

Will the UK’s transport network give us the flexibility we currently enjoy from our cars? In the latest of our Autocar Business Live webinars, sponsored by NewMotion, some of the fog was cleared by our guests: Graeme Cooper, National Grid’s project director for transport decarbonisation, and Ben Fletcher, EV project lead at Moixa, a clean-tech software company working specifically with home batteries.

Some EVs, such as the Nissan Leaf, can serve as a storage medium. Will all cars act as storage devices in the future?

Fletcher said: “This is known as vehicle-to-grid [charging]. The car can take power from the grid or provide it back into the house. There are huge advantages to this, but there are a number of challenges around it. There are some hardware costs – it isn’t just a normal charge point, so that’s a bit more expensive – and there’s also a different way that the driver thinks of the vehicle. They need to be incentivised to be plugging in their car at all times, rather than just when they want it to be taking a charge.”

Cooper added: “There’s societal behaviour with this. I’m three years and 40,000 miles into EV ownership, and when I first had it, I plugged it in every night; now I only plug it about once a week. And if it’s not plugged in, it’s not visible and not controllable.

“We need behavioural scientists to look at this: when you ask people when they use their car, it’s 5.30 to 7.30 on a cold, wet winter’s commute. When does the grid most likely need power out of the battery? At 5.30 to 7.30 on a cold, wet winter’s day. Is this [vehicle-to-grid] going to be big or small? I think the jury is out on that. But one thing I would say is that flexibility is going to be critical. If we’ve got more variable generators like wind or solar, what you need is consumption that turns up or down when that is happening.” 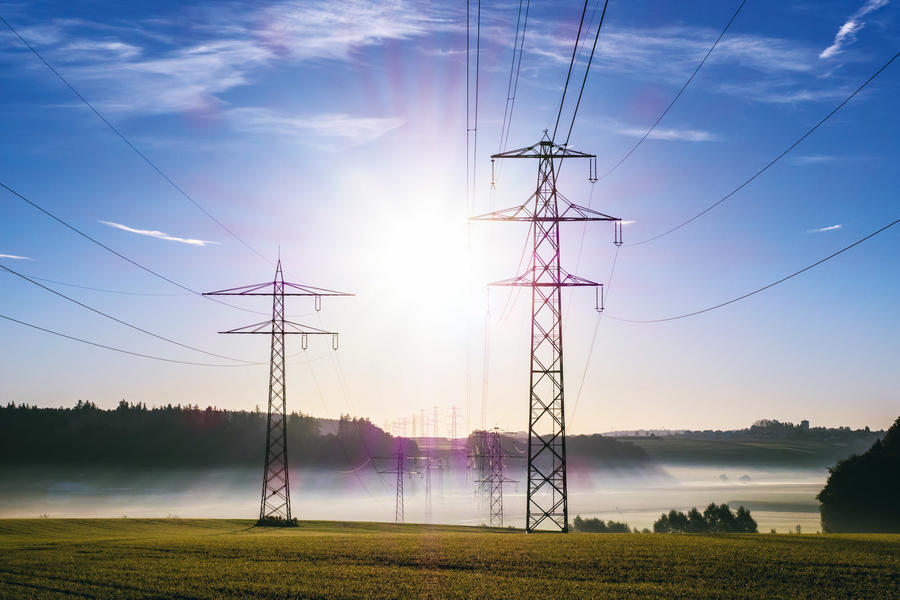 Why won’t there be blackouts?

Cooper answered: “Because we [National Grid] are a monopoly, we work to a standard that’s administered by Ofgem, the regulator, and we live up to a 99.99987% reliability; that’s seven seconds a year. When we look forward to what’s coming – more EVs, more electrification of heat – yes, the grid and the energy market will change. But this is a managed transition that doesn’t happen overnight. So we plan for it, we watch for it, we even advise: The people in the National Grid Electricity System Operator do a forward forecast every year called the Future Energy Scenarios that says what we think is coming and how we manage it. The uptake we’re seeing in electric cars now isn’t a surprise.

Is there enough time before 2030 to get it all ready?

Fletcher said: “As somebody who has been involved with the EV market for quite a long time now, what’s interesting is that the ‘hockey stick’ we see with the vehicles [slow growth of sales morphing into rapid uptake] is actually following a similar trend that we see in the number of charge points that are out there. The more people buy EVs, the greater the market there is for people to be charging those cars.

Cooper added: “By 2030, we will have 40GW of off-shore [energy generation capacity] installed in the UK. That’s an additional 30GW on top of what we already have today. Now, that in itself means we need more smart consumption to match that, so the two things go lock-step together. There will be the right wires to do off-shore wind and the right wires to do EV charging. The energy market will grow because of electrifying more things.

“The government has a policy called Project Rapid, which is high-power, on-route charging. They also have £950 million funding in place, and that’s to make sure that at every motorway service area in England, there’s adequate futureproofed capacity for everybody to go clean transport. You will start to see futureproofed grid capacity going into these services.”

What speed does my home charger need to provide?

Cooper said: “If you’re thinking about fuelling an EV like you would a petrol car, then all of this is lost on you. Cars are stationary for 96% of the time, so what you actually want to do is charge the car while it’s parked – so overnight or while you’re in an office. Charging a car fast is actually the wrong thing to do. I come home and once a week, I plug the car in and it charges at 7kW. By the morning, the car is full.”

Fletcher agreed: “You should always be doing something else while your car is charging. So the opportunity gain you get between a 22kW charger and 7kW charger is pretty small, because most people sleep overnight and that’s the time it will take to charge. I’ve never found a [charging] point where 7kW wasn’t adequate for what I needed to do with the car.”

If I already have a home charger, why do I need a company like Moixa?

Fletcher replied: “Let’s say you have solar panels on the roof of your house to generate power. Unless you have a way to store that power, you’re only really able to use power directly from the grid. And that’s where your costs come from. If you have a way of storing that energy, you can take in the energy when it’s at the lowest cost to you. It’s about trying to make sure that there’s flexibility for the grid. 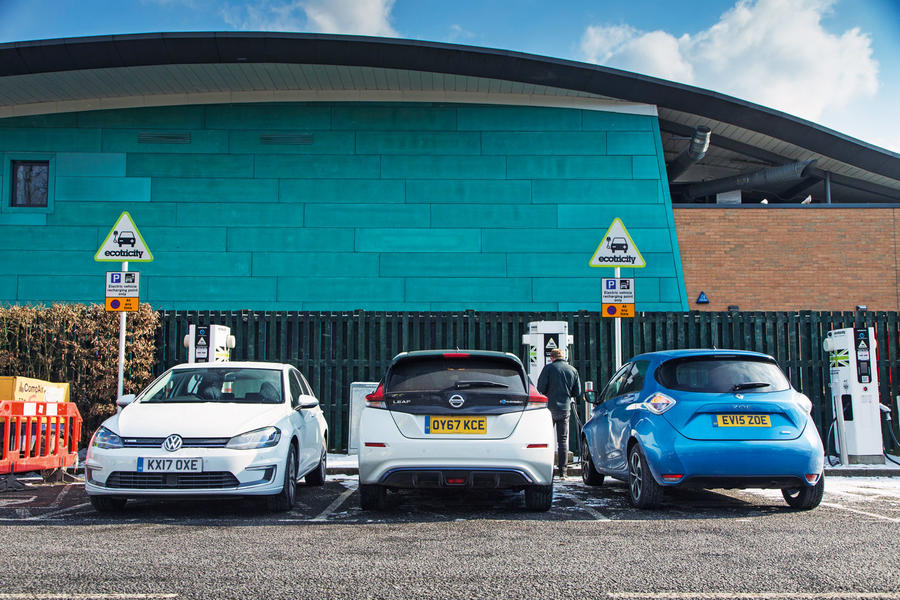 Cooper added: “The best analogy I’ve heard is Easyjet surge pricing. Flights are £20 in term time, but if you want to fly on a Saturday in [the] summer holidays, it’s more like £200. The same surge demand goes for electricity: if you have a smart tariff, you could actually buy your £20 flight and use it when it’s a £200 flight.”

How can I charge my EV if I don’t have a home driveway?

Cooper said: “There are lots of opportunities coming up. The likes of Ubitricity are doing the lamp-post chargers, although that only really works if the council paints the road to say that only an electric car is allowed to park in this bay. Or if you do something fairly regularly, like a weekly shop at your local supermarket, you want the right speed of charger there while you do your shop. Having the right chargers in the right locations will mean that you will still be able to have an electric car even if you don’t have a driveway.

“There are lots of clever people doing very clever things. People like Liberty Global – they’re the people who own Virgin Media – are looking at how to use the fibre broadband ducts in the street to be able to use that infrastructure to install chargers.”

Where will the government earn its money if taxes from fuel fall dramatically?

Fletcher said: “My personal view is this is where something like road pricing will come in, rather than something where we’re faced with different levels of taxation on the electricity that comes into our houses. That provides a difficulty with metering, but it’s also something that’s tricky to enforce; it could become the red diesel of the next generation. With road pricing, you’re generating the taxes with the people who are placing the most burden on using that facility the most.”

Cooper added: Taxation isn’t the National Grid’s challenge. But it’s [road pricing] still cheaper than petrol yet the government still gets it tax take. For me, road pricing probably makes most sense.”

Road to 2030: Will the national grid cope, and will there be blackouts?

Log in or register to post comments
Adrian Barlow 1 March 2021
The ridiculous proposal to only allow the sale of pure electric vehicles will not happen.
Not in the next 30 years, anyway.
To do so would destroy the British car industry as there will be huge resistance to purchasing these cars.
There is a good reason for not allowing operation of petrol or diesel ICEs in large cities.
This could be accomplished by having smart hybrids which automatically switch to electric-only according to GPS data.
The rest of the world will not be so stupid as to follow the UK down this path.
Bill Lyons 1 March 2021

Don't worry folks! Come 2030 petrol and diesel commercial vehicles will still be available to buy. Thank Heavens trannies are so fun to drive (the four wheel variety, that is). Either that or we'll all be riding around in traction engines - thanks to all the new coal mines they're reopening.

Cobnapint 1 March 2021
@PC. The answer is staring everybody in the face - nuclear power, assisted by wind and solar. But nobody will bite the bullet because of the cost.

The predictions for grid loadings are more accurate now. We all know what's coming and when. The decision has been made - EVs, and lots of them. The only variable after that will be the timing on a ban of new gas central heating boilers. But the grid needs to be ready whatever.
If you don't want to burn coal, don't want to burn gas and don't want to be sat in the dark when it's cloudy or not very windy, there's only one trick left in the box - and whether you like it or not folks - it's nuclear.