BACK TO ALL NEWS
Currently reading: UK car finance tightened to become 'fairer' for customers
UP NEXT
New 2022 Range Rover officially unwrapped at London event

Button F, we called it. The F stood for finance and was the key on our calculators that let us car salespeople adjust the interest rate on customer loans in order to boost our commission.

Depending on the value of the deal and the APR we were able to get away with, this commission – after the dealership had taken its cut – could equal what we earned on the sale of the car itself.

Our customers knew none of this, of course. They assumed that our frantic tappings were an effort to secure them the most favourable lending terms. Once a month, the finance company’s representative would arrive to thank us for our business and buy us all a round of fish and chips. The more successful of us (never me) would get a trip to the races.

That was in the 1980s, but from 28 January 2021, this type of so called ‘discretionary commission finance’ model will come to an end, banned by the Financial Conduct Authority.

The FCA says dealers’ ability, with the help of lenders and brokers, to set their own interest rates (and thus the commission they earn) means that car buyers are collectively paying £300 million more a year than they should be.

“Some motor dealers are overcharging unsuspecting customers over £1000 in interest charges in order to obtain bigger commission payouts for themselves,” said Jonathan Davidson, director of supervision for retail and authorisations at the FCA. “This is unacceptable.”

The public agrees. “We have around 200 complaints from consumers unhappy about the levels of commission they’ve paid on their car finance agreements,” said Bea Lovestone, policy advisor at the Financial Ombudsman Service. “They complain of ‘commission manipulation’, where the credit provider sets the range of interest and the dealer or broker then sets the consumer’s rate within that band. Others claim they didn’t know that any commission was being charged.” 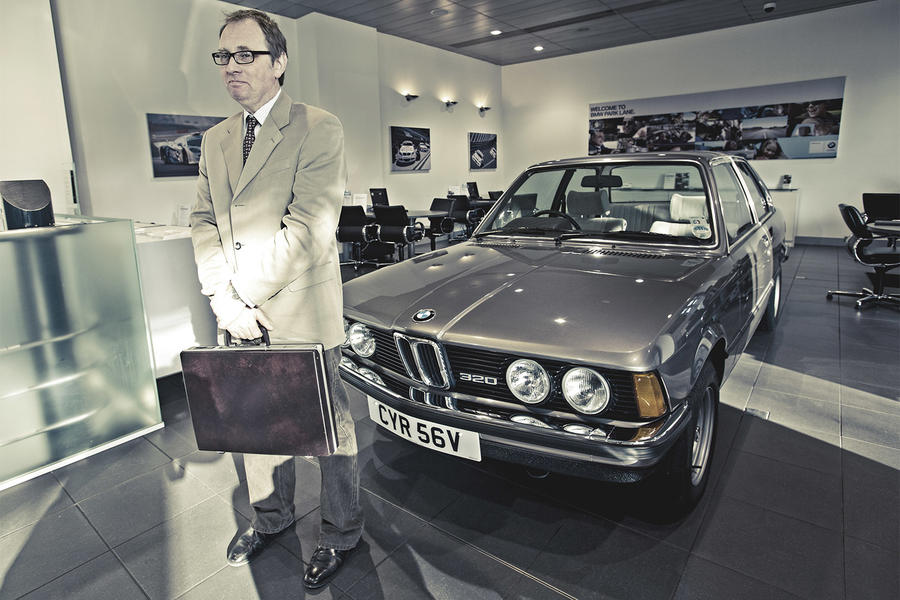 Crucially, the FCA’s ban doesn’t include commission. However, under the new rules, its existence and how it affects the amount payable by the customer must be disclosed, and the amount must be confirmed if the customer asks.

The banning of the discretionary commission model potentially marks the end of a very profitable era for dealers. However, one finance broker we spoke to – who wished to remain anonymous – supports the move.

“I’ve been doing this work for 38 years and, frankly, we were getting away with murder,” the broker said. “We weren’t treating customers fairly and were, in effect, charging them to earn us money. The FCA’s ban means all the wheeling and dealing is over. It’s not trying to stop us from earning money – just from taking the p*ss.”

Trade organisations also like the ban. Adrian Dally, head of motor finance at the Finance and Leasing Association, called it “another step towards simplicity and transparency that can only benefit consumers as well as dealers, who will find car buyers more willing to take their finance”.

Generally speaking, the alternative to dealers’ discretionary commission finance has until now been fixed-rate finance, a simple, one-size-fits-all model whereby customers are offered only one APR (annual percentage rate).

Especially when applied to used rather than new cars, where the rate is likely to be lower thanks to manufacturer support, it’s this that has given dealer finance a reputation for being expensive.

Even so, dealers are casting around for an alternative to fixed-rate finance that can compete more successfully with personal loans but keep commission income flowing.

The hot favourite is risk-based pricing, whereby the interest rate reflects an applicant’s creditworthiness. Also known as variable-rate finance, it should be familiar from loans for anything from a phone to a home. It has rarely been offered in the motor sector, mainly because when applied to a secured loan involving a car, the risk analysis and arithmetic have been too complicated.

Undaunted, two years ago, Motonovo, a leading motor trade finance house, began developing a risk-based pricing model, which it launched as Motorate last June. The firm says more than 2000 dealers have signed up to it and, with interest rates starting at 5.9% APR, are managing to compete with personal loans more successfully than before.

“A fair deal is a subjective concept, but in the context of the FCA’s call to reduce financing costs for consumers, we all know it means offering a fair interest rate appropriate to the applicant’s circumstances,” said Stephan Bothma, chief risk officer at Motonovo Finance. “Risk-based pricing, a model that’s behind most unsecured personal loans, delivers this.”

It’s a promising new era, but as our survey of dealer interest rates shows (see left), buyers need to remain on their toes.

Remember, the FCA hasn’t banned finance commission. So it’s a good bet that, especially if the dealer is offering a fixed-rate model, the higher the interest rate you’re charged, the more of your money is going into their pocket. The best advice is to shop around, but the Financial Ombudsman Service says consumers concerned about their car finance should speak to their credit provider first, but get in touch if they’re still unhappy.

FCA to crack down on car finance commission

The secret way to escape your PCP agreement

Slightly off topic but is it legl for dealers to offer cheaper pricing for cars sold under a finanace deal rather than cash? I have many examples where i have asked dealers for their best price for a cash sale only to be told that the advertised price is for a finance deal only. Usually, it seems to be 1k to 2k cheaper (headline price) buying on a finance deal. Surely, if their offer shows up in such seaches as Autotrader under a cash sale search, they should have to honour the advertised price? Am i in dreamland??

jag150 29 January 2021
Cash rich companies like Mercedes use their money to keep their leasing deals low, probably the same for loans. I echo the comments below,why take dealer finance?
In fact why buy from a dealer full stop?
'Coffee sir? Like the showroom sir? Seat sir? My salary and commission sir?
Yes sir, they all come out of the over inflated price you pay when you buy a car from us.'
ricequackers 29 January 2021

I'm still at a loss when it comes to understanding why anyone takes out car finance. "Interest rates starting at 5.9% APR"? Why would I bother with that when I can get unsecured personal loans from my bank at 3%, or sometimes even less?