BACK TO ALL NEWS
Currently reading: Dealer boss on the post-pandemic future for car sales
UP NEXT
Aura concept is British sports EV with 400-mile range

Car dealerships hope to benefit from a post-lockdown sales boost. The CEO of Vertu tells us how
Share
Open gallery
Close
Share story

New car registrations have risen for the first time since the start of the Covid-19 pandemic, with 283,964 new vehicles hitting UK roads in March – 29,280 more than for the same period in 2020.

This first sign of growth is positive news for the industry, albeit with the caveat that sales tumbled by 44.4% in March last year as the country entered its first lockdown.

Dealerships reopened on Monday for the first time since early January, when non- essential retailers were forced to close their doors once again in response to an alarming rise in infections. The Society of Motor Manufacturers and Traders (SMMT) warns that the latest figures are still 36.9% down on the 10-year March average, and that the shortfall in the first quarter of this year has already cost the industry around £1.8 billion.

“The past year has been the toughest in modern history and the automotive sector has, like many others, been hit hard,” said SMMT chief executive Mike Hawes. “But a strong and sustainable market is possible if customers are attracted to the choice and competitive offers the industry is able to provide within the safest of showroom environments,” Hawes added.

Autocar spoke to Robert Forrester, CEO of dealership chain Vertu Motors, about what the industry can expect now that dealerships are up and running once again. 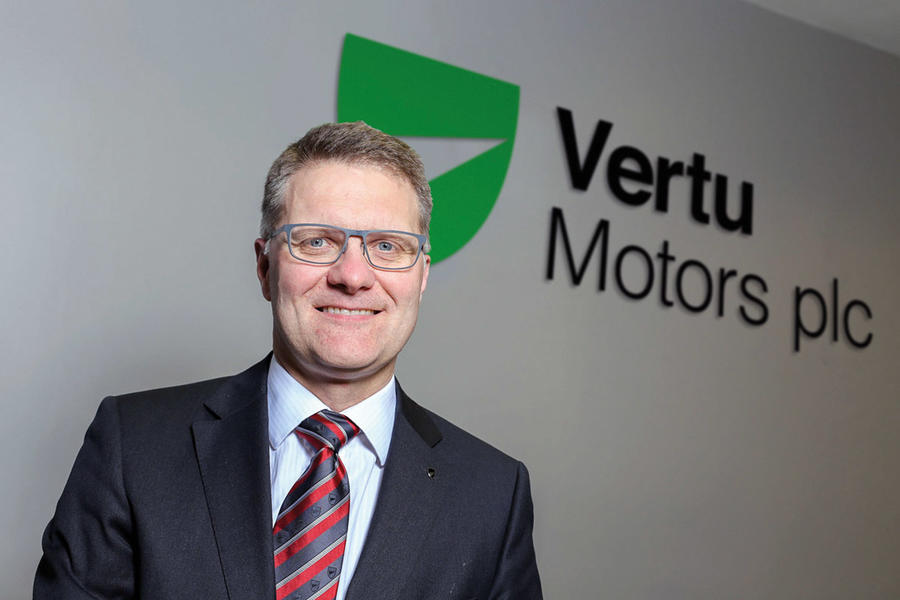 Are you optimistic for the future?

“I think we should feel pretty optimistic. I think March was actually a successful month, really for the sector. Yes the new car market private was down four per cent, but bear in mind no one’s been in a showroom or had a test drive for three months. I thought that was a near miracle, actually.

"The headline ‘the new car market was up’ was really fleet wasn’t it, because last year’s fleet volumes were much curtailed by the final week of closure. So I wouldn’t read too much into that. But I would certainly read a couple of things into the strength of the new car market in March. One is… accidental savers. I actually think a lot of people in employment have actually saved a lot of money, and new cars are something they spend their money on.

"I actually think the April market will be quite strange, but if you look at the reopening of Scotland - which reopened on Monday - we did see an increase in business from Monday onwards. Our Scottish dealerships on Monday were very much top of our league in sales. Because people have been holding off wanting test drives, which is fairly obvious really, particularly on new cars and new powertrains, electric vehicles and things like that. So we fully anticipate being busy in England when we kick off on Monday.”

Are there lots of people who no longer need cars due to home working?

“No, I don’t think so. This fad for home working is a very temporary phenomena. It might be different in the home counties and London, but even so I think most employers want their people back more often than not. And if you get out of the London [innovation?] the world is going to quickly revert back to normal. And cars are going to be very much in demand I think.

"Interestingly we’re seeing very robust demand in our Waltham Cross, Chingford Mercedes businesses to the West of London. I’m seeing no great regional variety. I don’t buy this ‘we’re all going to work from home forever’, it’s the educated middle class, which is a very specific group of people, not the bulk of the population.”

What will the next few months look like? Quieter post-summer?

“It all depends on the extent to which the country gets lockdown removed. And I’m not the man to discuss that with really. I think under the presumption that we will see progressive reducing of lockdown but there’s not going to be a mass exodus to foreign holidays, then I think you can quite clearly see a way of saying there’s going to be quite a lot of accidental savers looking to spend money, having a staycation, wanting a car, wanting a bit of excitement, and they’ve probably done everything they need to do to their house at this stage. So I still think we’ll see quite robust demand for cars.

"I don’t think it will be as rampant as coming out of the first lockdown because we went from 10% didn’t we to operating at 70-80%, so I don’t think there’s that absolute tidal wave. But I think it’ll be quite considerable. I think it’ll be noticeable. I think the April new car market will actually be quite interesting because order banks for retail I suspect are quite low compared to normal. Which would be a negative.

"Having said that, I think there’s lots of people waiting for a test drive, which will then come out of the traps on the 12th. The key issue is - having taken all those orders from the 12th - will we actually have time to deliver the new cars before the month ends. Which I suspect is a timing issue. It wouldn’t surprise me if the new car market in April retail - I’m not interested in the fleet numbers - but retail could very well be down in April. It depends on deliveries. But I could see it being quite robust for a few months, actually. We’ve got a half decent supply, I think supply of new cars is under pressure for a variety of reasons in the short to medium term, but I think we’ll be alright very short term. So I think we should be pretty optimistic, and Scotland shows the way really of why we should be optimistic.” 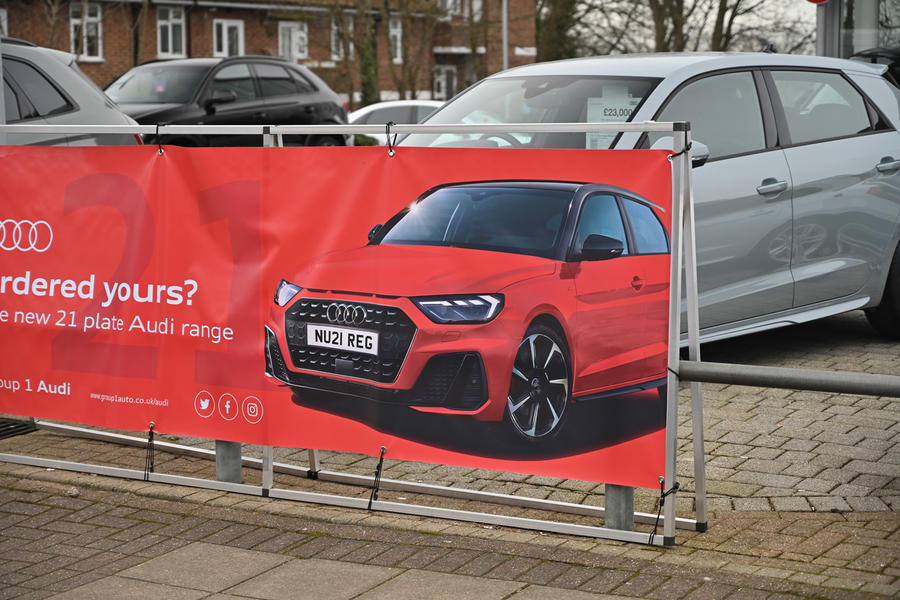 “It’ll have its place, it’s always had its place. I think people… as usual with these things people dive off to extremes don’t they? In terms of commentators. But click and collect existed before the pandemic, albeit it was more ‘phone and collect’. We were doing distance sales way before the pandemic. It’s fair to say the technology - which the major groups have got now - is much better than it was.

"You’ve seen some of the big groups declaring they’ve delivered thousands of cars to private customers in this last lockdown. So I think it will be more of a feature, especially given we’ve got a fourteen-day money back guarantee, free home delivery within 13 miles, all that sort of stuff. So I think it will be a bigger proportion of the business than it was prior.

"Having said that I think there’ll be a quite substantial majority of the population who will revert back to a hybrid model where they do a lot of research up front, they’ll contact us via the internet, they’ll maybe do a couple of video calls, but actually come in, test drive and buy the car.”

What does the long-term future look like for dealerships?

“We’ve made good money, we continue to make good margins. I’d turn the question on its head: if you were starting from scratch, would you have dealerships? And I’ll give you two pieces of evidence: one Tesla, which clearly has dealerships and is growing the number of dealerships. And then Cazoo, the great digital hope which again is developing sites across the UK.

"So the answer is ‘you’ve got to have bricks and clicks’, and I feel quite comfortable that assuming that we’re competent, assuming we have high levels of productivity gained through technology, and assume we have the right franchise partners, I’m optimistic about the franchise model actually for the next 15 years. The pandemic will not bring on the death of the dealership. Quite the reverse, the future is dealerships. Who owns them is a different question, and certainly Cazoo and Tesla have voted with their feet and clearly got dealerships."

Out of the woods? How car dealers will operate after lockdown

I agree with most of this article and opinion. There will always be a need for customers to try cars before they buy and a need for dealerships to do that plus all the dirty work like servicing, warranty and recalls.

There has certainly been a shift to more internet advertising and pre-sale viewing of new and used cars, but that final deal closing and (metaphorical) handshake, is better done face to face.

Whether that shift will bring in fewer but super-sized multi-brand dealerships, or a resurgence of smaller less salubrious ones of old, I don't know (though I suspect the former).

While dealer groups are claiming good margins, I will still be in there, haggling hard for great deals, and hoping the future is not hijacked by manufacturers fixing prices by selling only online.

beechie 12 April 2021
Not so sure about home-working being a 'fad'. If it can save employers money then I can see them taking it up with gusto - they'd be mad not to. This virus nonsense was the stimulus that businesses needed to give it a go; no-one dared to go it alone and be the first to try. My wife's department of twenty-five are not returning to their office - many of them are more productive at home and it's been a resounding success. She still wants a new car, though!
scotty5 12 April 2021

Finally someone with common sense. I have to agree with just about everything that CEO says. There is one caveat tho and that concerns the price of cars. Yes the discounts and offers will still be there but it''s the actual list price of the cars that's the worry. Even if you have been saving more, it won't be long before it's wiped out when signing the dotted line.

Throughout my life I've been one of those people who's changed their cars every 2-3 years but given the cllimate of eye watering list prices and the uncertainty over electrification, I have no intention of changing our current vehicles for many years. Plus, that £40k list price luxury car tax played a massive part in the cars I considered buying. That limit or it's 6yr existance really needs to be revisited.