Horbury is designing the future of Chinese firm Geely – and its Lotus, Lynk&Co and Proton brands. We find out how
Share
Open gallery
Close
Share story

Peter Horbury, Geely’s global head of design since 2011, reckons few things about the car business surprise him these days.

We’re chatting comfortably on Ford’s Geneva motor show stand, surrounded by Blue Oval-badged cars Horbury didn’t design, yet some of the Alnwick-born master-designer’s comfort with life undoubtedly flows from the fact that over a 45-year career he has worked twice at Ford, first at a junior level and later as the global boss in charge of icons like the Mustang and F-150.

Horbury has been active in car design since finishing his master’s degree at the Royal College of Art in 1973 and joining Chrysler UK. Since then, he’s had stints at Volvo (three times), Ford (twice), Premier Automotive Group (heading Jaguar, Land Rover, Volvo, Aston Martin and Lincoln) and Coventry-based MGA design group. 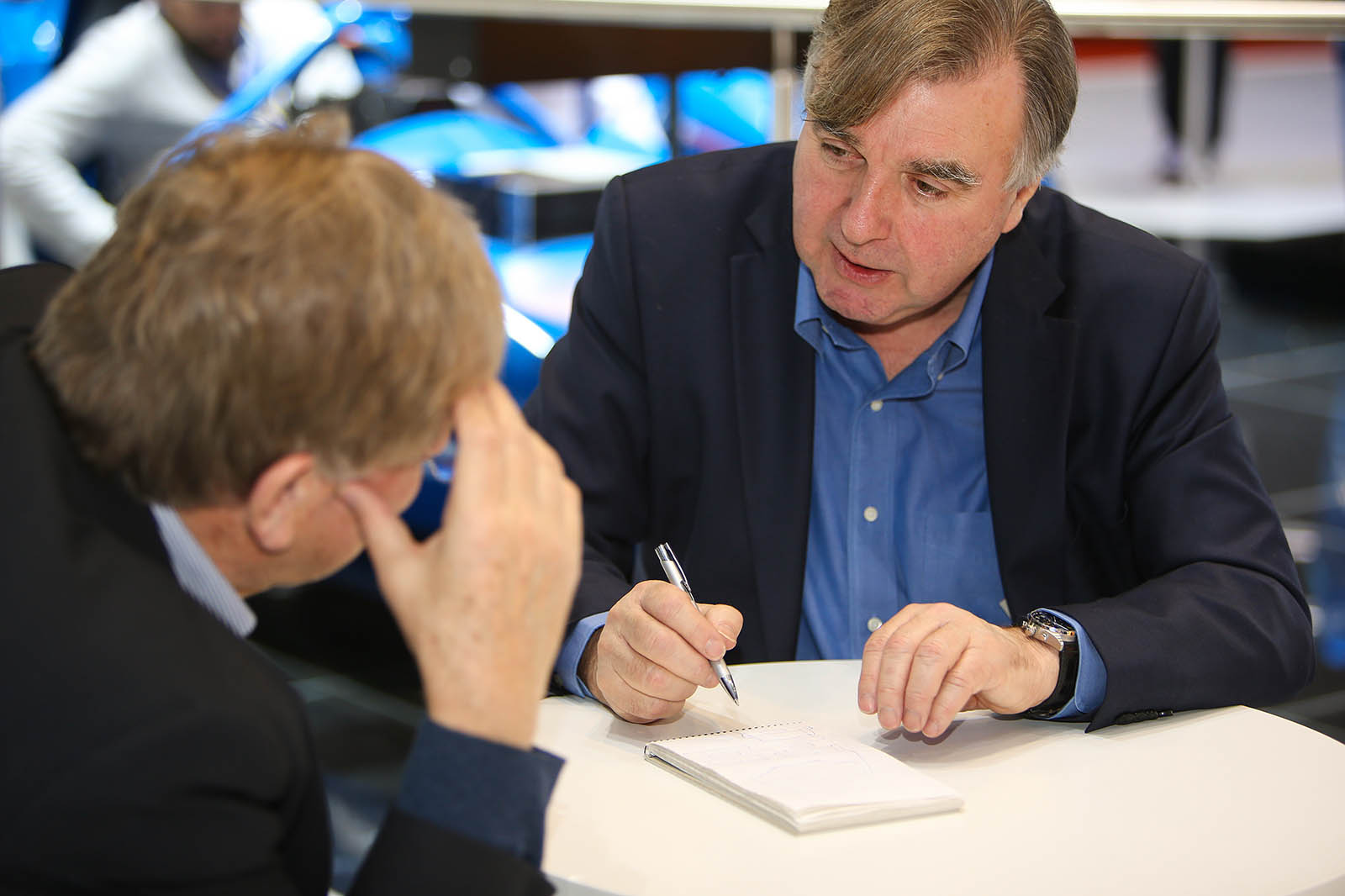 Horbury’s current job – finding design directions for the disparate Geely, Lynk&Co, Proton and Lotus marques – is arguably his toughest. The group’s Chinese founder and owner, Li Shufu, who started as a refrigerator maker and didn’t build his first car until the late 1990s, is addicted to quick progress. Despite having trebled group volume to 1.25 million cars in two years to become China’s second-biggest car maker, Li still believes the greatest growth lies in the future.

Each of Geely’s marques faces challenges, however, and Li is relying on Horbury’s nose for design, and his ability to build teams, to define the key characteristics of the quartet. Horbury’s Ford links helped put him where he is today. After a distinguished US stint at the top of Ford’s global design set-up, in 2009 he was offered a second chance at Volvo where he had succeeded spectacularly through the 1990s. The Swedish company had been knocked off balance by the abrupt departure of a previous design boss, just as Ford was preparing to sell.

Horbury, with a family settled in Sweden, was happy to become an enticing part of Ford’s offer. A year later, Geely completed a £1.3 billion deal to acquire Volvo and promptly installed a new German CEO, Stefan Jacoby, with whom Horbury failed to bond.

“I’d been told to expect a three- year assignment, but it ended in two weeks,” he recalls. “It was a case of the new broom sweeping clean. But next day Chairman Li announced in the press that I’d been appointed Geely Group’s head of design. This was news to me, but I liked the idea.”

The brand new Geely Design Europe division began work immediately in Gothenburg, housing its five-strong team in a solitary room borrowed from Volvo. Now Geely Group Design has centres in half a dozen key locations around the world, employs 600 people and has vacancies for 160 more. Horbury is based in Gothenburg but is often in Shanghai, which continues to be China’s design hub and main talent pool, though the competition to hire the best people is “pretty fierce”.

His first task, Horbury says, was to sell the idea of brand identity to his new employer. “No two Geely models bore any resemblance to one another,” he recalls. “They’d been created in different factories, with different factory managements.”

Horbury’s first presentation featured a collection of unrelated animals – panda, giraffe, shark, donkey – to represent cars; there was no plausible family look or hierarchy. Then he displayed members of the cat family: lion, tiger, puma, tabby. Suddenly it was possible to place them in an order, and to understand at a glance their relative capabilities. It was a telling lesson: Geelys in different classes needed common themes but need not be the same. Then in 2013 the company conceived the KC1 concept, a handsome four-door saloon, and was on its way.

Much has happened since then. Sales of Geely cars to Chinese buyers are soaring, even though they have historically tended to shun unsophisticated home-grown products. Horbury puts the change down to design and quality: “Geely is being lifted by its build standards, which are incredible. The cars are already almost as good as the Germans. We’re moving much faster than the rest of the Chinese, and really narrowing the gap to Volvo.” 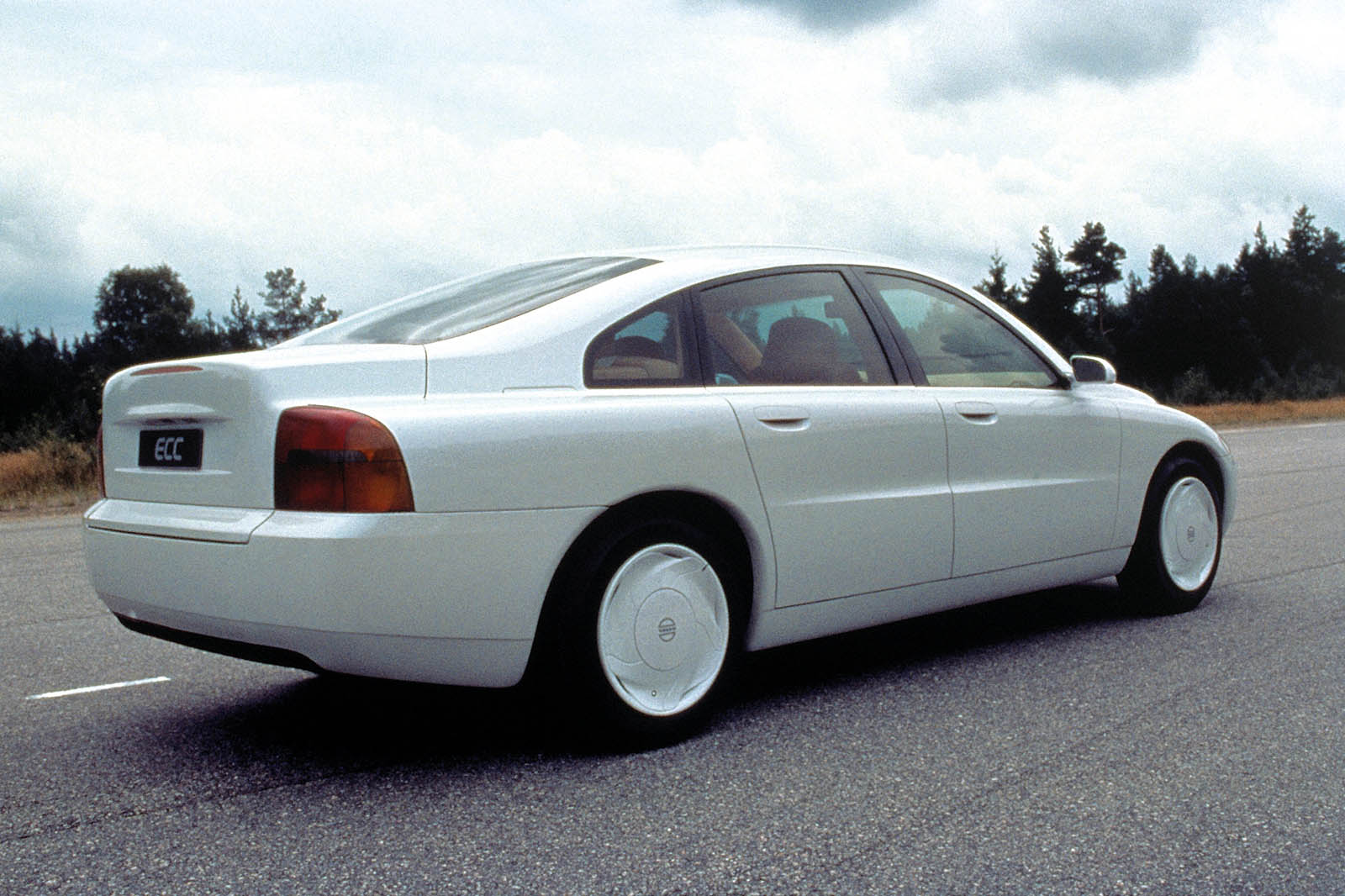 And the other Geely marques? Lynk&Co is a new global brand intended to sit in the “very wide gap” between Geely and Volvo, using shared architecture but distinctive looks. Designing for success in China has interesting sidelights, says Horbury: buyers still insist on “viewable” engines, and they respond very much to a car’s design face. Europeans see a car’s windscreen as its eyes, with the grille as its mouth, but for Eastern buyers the eyes are the headlights. To succeed in Chinese car design, you must keep this very much in mind. Proton is a work in progress.

The formerly government-controlled Malaysian marque’s products once had a vice-like grip on a protected market, but sales collapsed when the market was opened to other players. Proton’s key asset is a modern, highly automated manufacturing facility, but the major challenge will be to discover what sells best in the region at the necessary volume. Horbury doesn’t comment, but it must occur to the group’s top brass that Geely and Lynk&Co cars could be made there.

Which leaves Lotus. Li, who “always wanted a sports car company”, has asked Horbury to find a design direction for the company. Sales have lately improved under dynamic CEO Jean-Marc Gales, and losses havedeclined, but everyone agrees that what the Hethel firm most needs is investment. To justify that, Lotus needs a convincing model plan and it’s not yet clear what Li and his top managers make of Gales’s existing one. The CEO wants to produce two new sports car models (one evidently an Elise replacement) plus an SUV.

Horbury acknowledges that Geely has “big ambitions” for Lotus. Although he now has overall charge of design, he is at pains to stress that “this doesn’t make me a design dictator”. Hethel’s long-serving head of design, Russell Carr, started as an intern working for Horbury back at MGA and the two men profess a mutual respect. “I see my job as being to set the goals and steer the ship,” says Horbury. “The Lotus guys already do great work, but now they’ll have the resources of Geely Design UK to assist in any way they need.”

Getting things back to front:

Peter Horbury recalls an early faux pas at the launch of Geely’s KC1 concept car. Its pre-show publicity had created such a stir that highly placed government officials came along to view the new creation.“The interior had a lot of Chinese influence: materials, coloured woods, shapes from historic Chinese architecture,” he says.

“I opened the driver’s door and invited one of our visitors to take a seat but no one moved. Then, after a long pause, one of them stepped forward and opened the rear door. I’d been inviting our guests to sample the servants’ quarters...”

Always insightful interviews by Steve Cropley since the days when he was at CAR magazine.

not to leave it by car making alone, but to exploit new user models like an UBER is doing, mother company Geely seems to be on the right track. Clever people at Geely HQ must have found out by now that Terrafugia's concept to fuse car and aerial vehicle does not work, I hope.

As a passionate Lotus fan, I was pleased to read about the connection with Russell Carr. Kudos to Russell for his commitment and loyalty to the brand over many years. He and his team have performed miracles on tiny budgets, attrition of key designers to McLaren and he continued to keep the faith during the Donato Coco period. Hopefully, this is payback time for him and the opportunity to demonstrate his obvious design talents. The Evora and Elise S2 designs are still turning heads after 9 and 18 years respectively. Can't think of much else that does that.