BACK TO ALL NEWS
Currently reading: Nissan Figaro at 30: plotting the retro roadster's history
UP NEXT
The next Hamilton? Autocar meets F1 prodigy George Russell

We assess how well the Figaro has aged, and look back on the other quirky creations from Nissan's Pike Factory
Share
Open gallery
Close
Share story

It’s like a tinplate toy made real. It seemed old when it was new, conjuring a 1950s world of Formica kitchen cabinets, Dansette record players and the clumsily miniaturised American cars that Britain, Germany and Japan specialised in during the immediate post-war years. Yet the Figaro was 35 years too late for this era, a fact soon apparent when you stepped inside to discover a CD player – hot stuff in 1990 – combined with a radio and a cassette tape player, electric windows and air conditioning.

In fact, it was mainly the 1930s that this curious car drew from, its largely female design team inspired by the 1935 Datsun Roadster and the art deco era – hence electric window switches shaped like miniature chrome lampshades – to produce a car clashingly different from everything else within its maker’s range. There were exceptions – the magnificent R32 Skyline GT-R among them – but back in 1990, Nissan was mainly a peddler of saloons as dull as empty waiting rooms.

The Figaro wasn’t quite the visual shock it might have been, though, because it was the last of what Nissan would christen the Pike Factory cars. Not pike the fish, but pike as in medieval spear, this weapon symbolising the thrust to produce something cutting edge (okay, okay…) and to harness new technology. All were sold in Japan only.

Nissan’s odyssey of studied weirdness began with the Be-1. Today, it looks almost ordinary, but when it appeared as a 1985 concept, this mix of 1960s throwback and curvy futurism was as startling a contrast to a Nissan Bluebird as you could wish. Demand for the 10,000- copy production edition was so strong that Nissan introduced a lottery allocation system and did another run of Be-1s with a fabric sunroof. 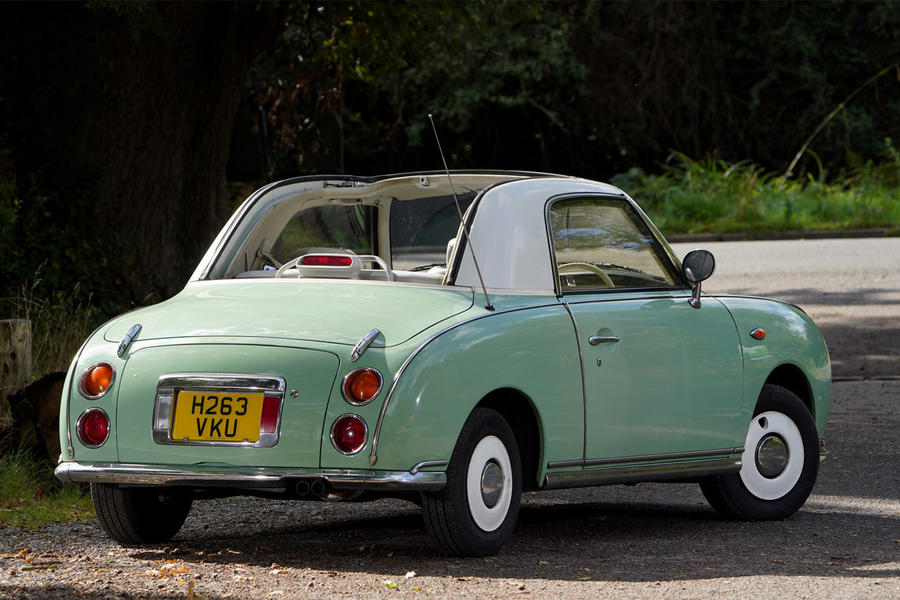 The Pike Factory’s next punch was the Pao, a car that surprised as much as if its name had been spelt POW!. Here was a strange little utility hatch with the ribbed panelling of a Citroën 2CV, a painted dashboard, a fabric roof, exposed hinges, a flat windscreen and plenty more of the built-on-a-budget features of Japanese and European people’s cars of the early 1960s. Having massively underestimated demand for the Be-1, Nissan wasn’t going to be caught out this time and invited buyers to sign up for one of 50,000 cars. They were gone in three months, the void filled later that year by the S-Cargo, one of the quirkiest vehicles (and there are plenty of contenders) that Nissan has ever produced. An adorable high-roofed van, the S-Cargo came with snail logos, a sushi tray, the beefier guts of a Sunny and the option of portholes in its ultra-flat flanks.

By now ablaze with creativity, the Pike Factory followed up two years later with the Figaro. It went on to become the most famous of the Pike cars, despite a production run limited to just 20,000. Its shape could have been drawn by a child, the face created by its chrome-rimmed, slightly mournful headlights and simple elliptical grille as cartoonish as its silhouette. The Figaro was unveiled at the 1989 Tokyo motor show in a year generally regarded as the high-water mark of this often extraordinary display of the bold, the oddball and the gloriously unnecessary.

As with the S-Cargo, the plan was to build 8000, but vast demand increased this number by 150% and all 20,000 were sold before the first Figaro hit the road in 1990. Nissan could have sold more still, and not only in Japan. Of those original 20,000 Figaros, an amazing 6000 or so have subsequently been imported to the UK, their popularity sufficient to support several specialist dealers. 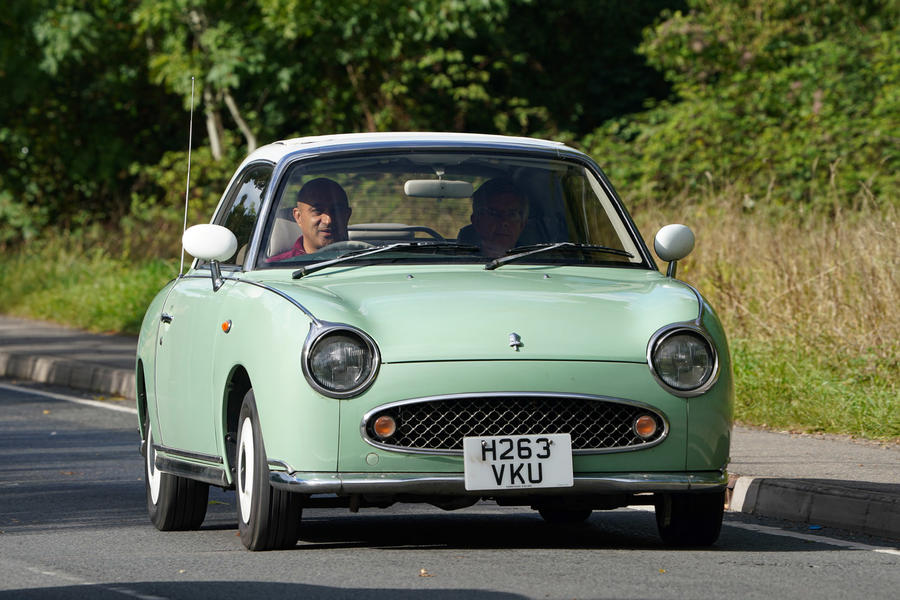 One such is Bookham Autos near Leatherhead in Surrey, affable boss Hamid Fadai having sold them for around 12 years. He originally specialised in importing used high-performance models such as Nissan Skylines and Subaru Imprezas “but brought a Figaro back when there were only 10 in the UK”. He sold it for £11,000, discovering a profitable sideline that became his main business “when the bottom dropped out of the performance market”.

Fadai eventually tired of the 11-hour flights to Tokyo and now finds that there are enough Figaros in the UK to supply his showroom. “I buy from old customers who’ve grown out of the cars or had children,” he says. Most of his buyers are between 30 and 55 years old and many are teachers, “who love them”. He reckons 70% of his buyers are women, 15% men and 15% gay couples of both sexes.

Many of the challenges of owning a car never originally sold in the UK don’t apply to the Figaro. “All spares are available now,” says Fadai, and – the marque spotting this opportunity – from your local Nissan dealer, too. 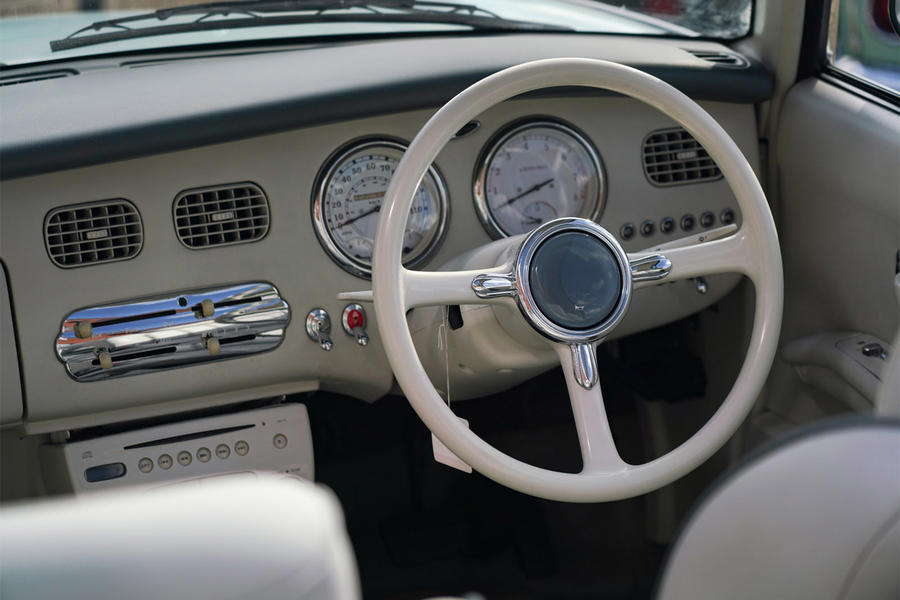 Step into a Figaro now and it’s impossible not to be amused by its indulgently artful interior and the almost armchair-like seats. The bodywork sounds very tinny compared with today’s NCAP-girded cars, but on the road the Figaro feels as robust as any other Nissan despite the structural cavity made by its neat foldaway roof.

Dynamically, it’s almost as dull as its Sunny and Micra contemporaries, except that you get a turbo with your 1.0 litre auto, allowing the Figaro to surge through traffic like a fully wound clockwork toy. It’s as simple to drive as it’s charming, and easy to see why it struck a chord in Britain. It still does today, as rising prices testify. Amazing to think that it’s now three decades old, the car’s retro styling enabling it to look perpetually young. Which may be the key to its appeal.

Fab four from the Pike factory 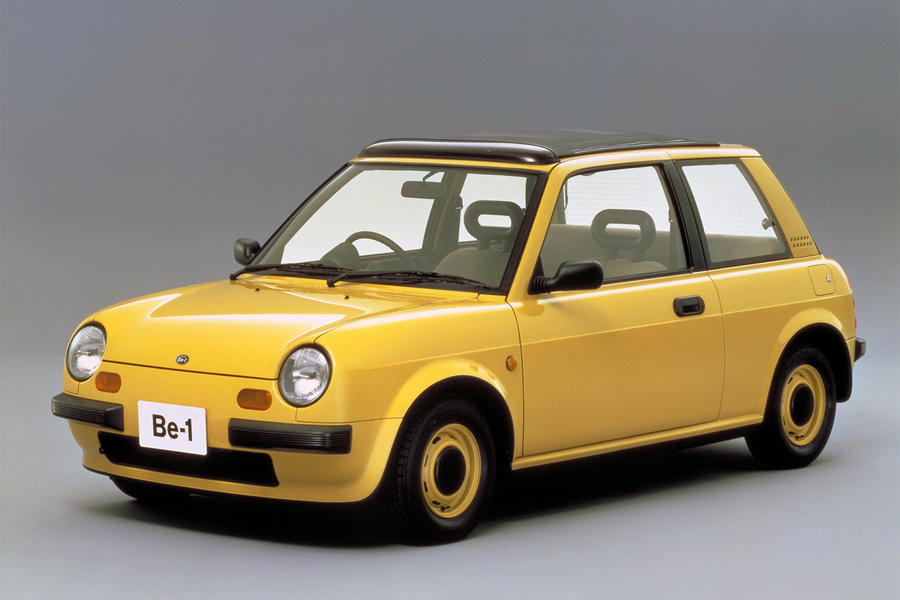 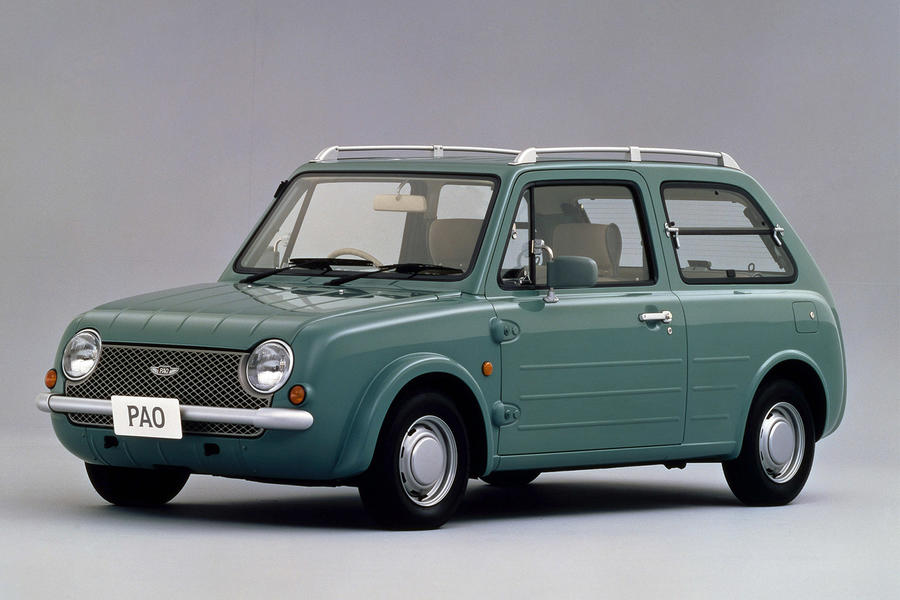 PA0 - launched 1989, numbers made 51,657: Utility made funky for this rib-panelled hatchback with split tailgate, bodycolour dashboard and roof rack. 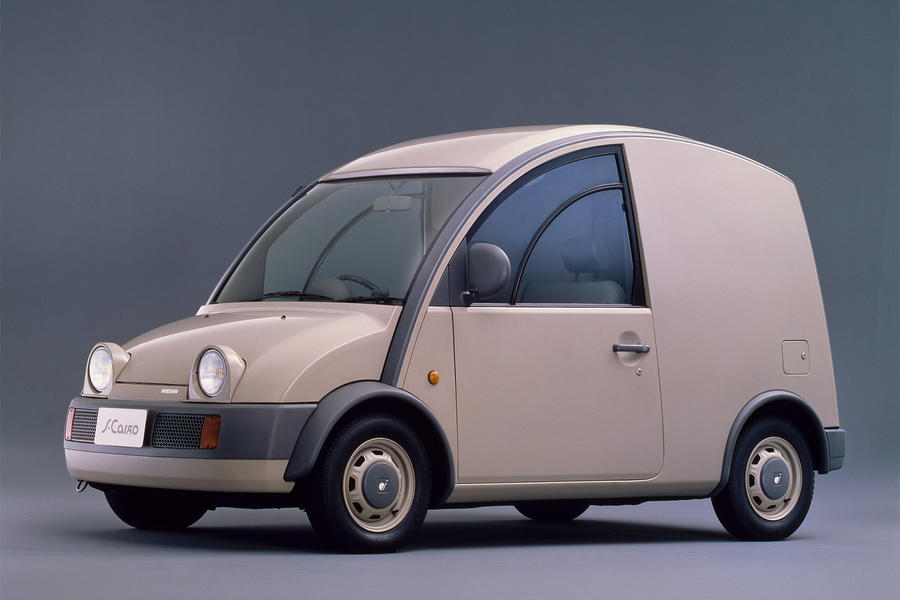 S-Cargo - launched 1989, numbers made 8000: An homage to the Citroën 2CV van, even punning on the Deux Chevaux’s escargot (snail) nickname. 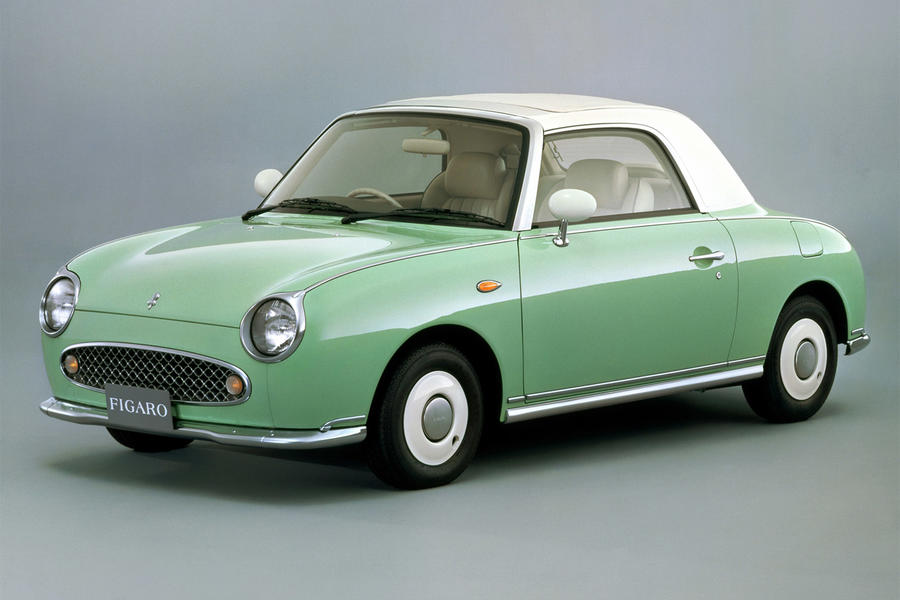 I've always had a soft spot for the Figaro and can still see it as something I'd love to own at some point as a car to drive locally in the sunnier months. I wish more companies could be so daring as to make such limited run cars on existing chassis/drivetrains just for fun (at reasonable prices). It's the kind of car that makes you smile.

Didn’t Autocar say they were rubbish at the time?

I seem to remember stories about the crap 80s Micra underpinnings?

I seem to remember stories about the crap 80s Micra underpinnings?

Crap ? I remember back in the day the Micra being regarded as "boring", not exactly crap, but actually the suspension was pretty advanced for the class, even today and the engine is distantly related to the A series, not an engien that is usually regarded as "crap".

If you fancy something Japanese, quirky retro but a bit more recent there's always Mitsuoka. BTW, there is/was an official UK agent whose website shows some very low mileage MX-5 based cars....