BACK TO ALL NEWS
Currently reading: How plan B got MG back on its A-game
UP NEXT
New Lamborghini Countach: epic UK road trip in reborn icon

How plan B got MG back on its A-game

Picture the ubiquitous MGB, launched in 1962 and for many years the world’s best-selling sports car.

Nothing could be more at odds with the famous roadster, you might think, than the current crop of Chinese-sourced MGs that major on electric power and family accommodation.

But consider this. Back then, the sports two-seater was the car people most coveted. Now, an SUV fills that role. Back then, BMC’s doughty B-series engine seemed a modern choice. Now, an electric powertrain does. In short, the venerable roadster and the MG ZS SUV may look markedly different, but today’s MG appeals in much the same way as its predecessor did all those years ago.

That’s backed up by MG’s sales success in the UK. In March, it sold more cars – in excess of 9000 – than in the whole of 2018. Last year, it increased sales by 66% in a market that was almost flat, due to the global semiconductor shortage.

Its top-selling car is the petrol ZS, although the electric variant isn’t far behind, appealing to young, environmentally conscious families. 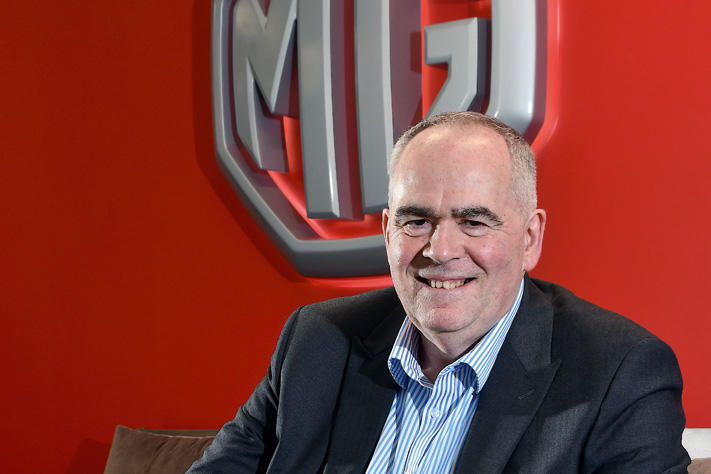 “There are the 30- to 45-year-olds with a bit of money who want to be early adopters of electric cars,” explains MG commercial director Guy Pigounakis, “and then there are the customers thinking back to the halcyon days of MG.

“The people who know the MG brand are probably slightly older people who have warm memories of MG sports cars and nice saloons. And then the youngsters know very little about the brand, or what they do know is picked up from other people.”

It has been a gradual rise back to the top since MG fell into the hands of Chinese firm Nanjing Automobile Corporation in 2006. The ensuing 6 saloon and 3 supermini made little impact, but in recent years MG’s upwards trajectory has accelerated significantly, helped by relevant, reliable and affordable cars.

Pigounakis has overseen this kind of success at MG before: he was responsible for launching the popular F sports car in 1995, alongside engineer Brian Griffin and designer Gerry McGovern, now of Jaguar Land Rover fame.

“The demand for our products just seems to be increasing exponentially,” says Pigounakis. “I’ve been in the industry 43 years, and I’ve never seen anything quite like it – except, funnily enough, when we launched the MGF. We were managing 12-month lead times then, so it does seem a little bit like déjà vu in many respects.” 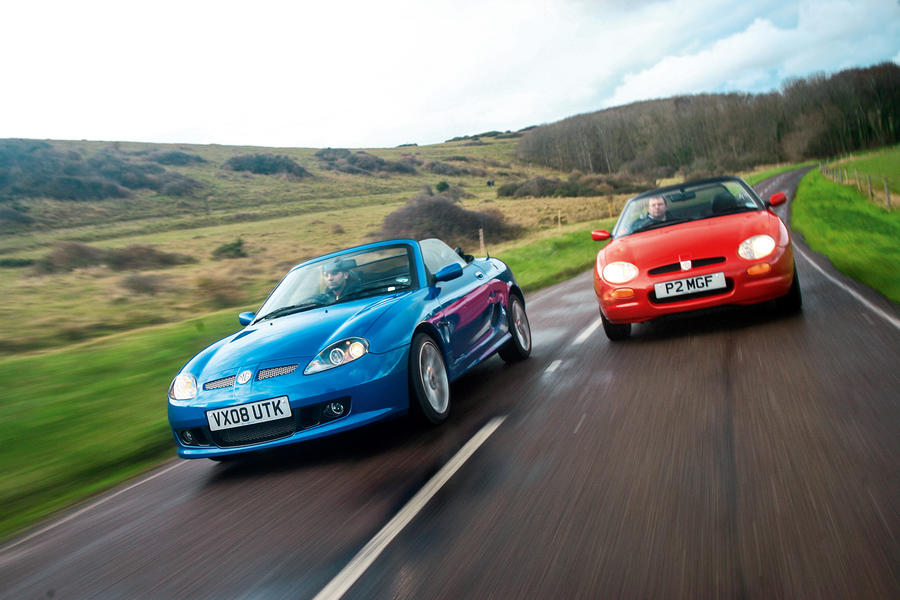 Happily, MG’s sports car days aren’t over, either. Next year, it will launch the Cyberster roadster, first seen in April 2021 as a concept at the Shanghai motor show. Details of the production car remain top secret, but Pigounakis said that having a sports car back in the line-up “will bring us massive PR and marketing benefits”.

More imminent and far more mainstream is a Volkswagen ID 3- rivalling family hatchback, the 4. Due later this year, it will be on a par with the ZS for sales, reckons Pigounakis.

He says: “That number seems the optimum level of sales that will make us and our dealers the best return on investment. If you go past that, ironically, you start eroding that.”

MG has no plans to emulate so many other volume players by elevating the positioning of its brand.

“You have to recognise your strengths and not try to be something that you’re not,” reasons Pigounakis. “We don’t want to take on BMW, Mercedes and Audi when frankly they dominate that market, have done for 25-30 years and probably will do for the next 20 years.

“We focus on what we’re good at, which is building fantastic value-for-money cars that will be increasingly fun and exciting. Plus, we have cutting-edge technology at affordable prices. 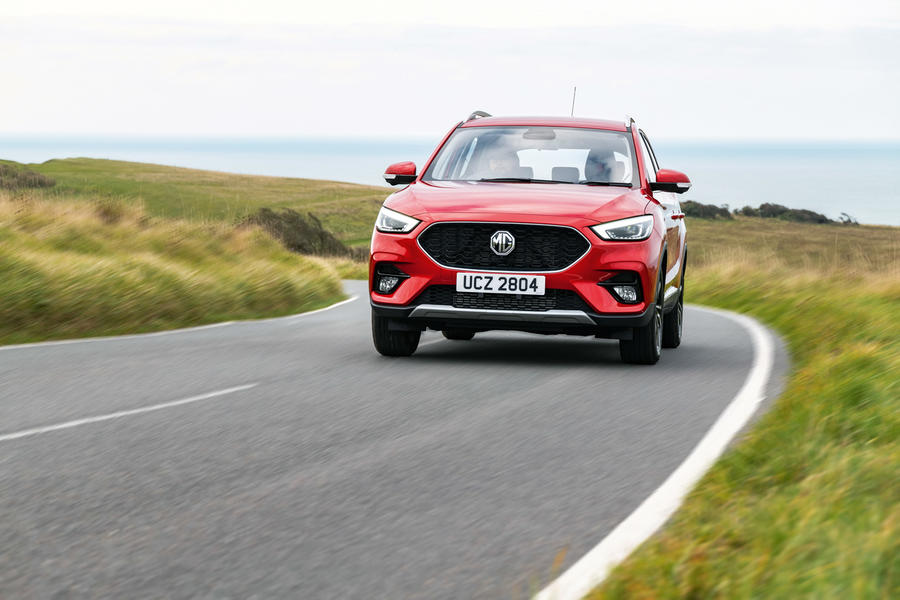 “And what we do have, which differentiates us from many of our competitors, is a brand that’s globally recognised from day one.”

That recognition is reflected in the ongoing popularity of the MG Owners’ Club and the MG Car Club, claimed to be two of the largest car clubs in the world.

“It shows how much of a latent warmth there is out there towards the MG brand,” reflects Pigounakis. “We’re just starting to engage with them again. We have an event coming up in June.

“These people love the MG brand. They’re real brand advocates, and they have significant amounts of disposable income, because they collect cars as their hobby. I’m pretty sure we will see them driving some of our future cars on the road as well as collecting [old] MGs.”

While many car makers are pushing online sales, MG is a firm believer in good old dealerships. It now has 150 sites in the UK and plans to grow to between 160 and 170. It will launch an end-to-end online buying service next year but won’t encourage that method of car buying.

Guy Pigounakis says: “We’ve just launched a new website. A lot of sites try to steer you down a specific way of configuring and buying a car; we’re just trying to let the customer choose the way they want without leading them by the nose.”

“Most dealers will tell you that they sold cars online during the pandemic. But once lockdown stopped, people came back to showrooms. We still believe that, for a considerable amount of time, the primary point of contact for car buying will be at a dealership.

“At the moment, we’re pursuing the strategy of sourcing high-profile partners in large urban conurbations where we weren’t particularly well represented because, frankly, if you’re selling only 4500 cars a year, you can’t justify the investment.” 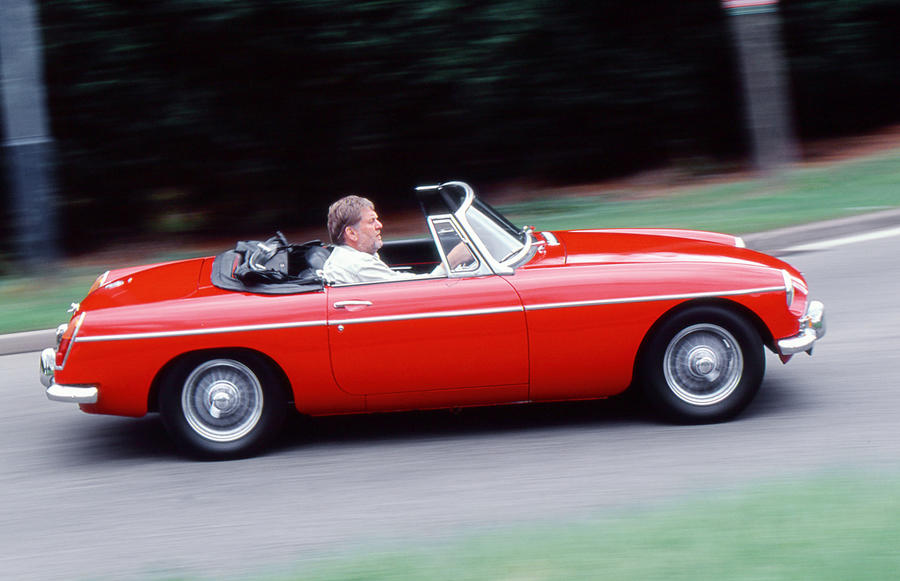 1962: MGB roadster is launched, remaining in production until 1980.

1968: Nuffield successor BMC merges with Leyland to form BL, with MG one of its many brands.

2006: MG assets sold to NAC, which then merges with SAIC.

2010: MG 6 launched as the first new car under Chinese ownership.

Its funny people being sniffy about Chinese cars, buying German or most EU cars is directly funding Putins war crimes to the tune of a billion euros a day. Worse than China's moral support for Russia. Tell me you are boycotting German goods too, or shut up.

speculatrix 8 May 2022
MG isn't MG, SAIC of China bought the name, and after a while fired any remaining engineers and kept a few sales people. There isn't really any of the original spirit, just the badge remains.
Peter Cavellini 8 May 2022

What's on the Bonnet has no relevance to what's under the Bonnet, there are loads of brands out there sharing platforms to engines, there aren't many MG where I live, maybe in more densely populated areas there's more, being aware of what Country's politics isn't a necessity,and even if we in the West stopped buying everything produced from there tomorrow, that would only cause more global downturn because we haven't got companies to cover what we've been used to buying for decades.